The special edition of Trail Runner comes out in March 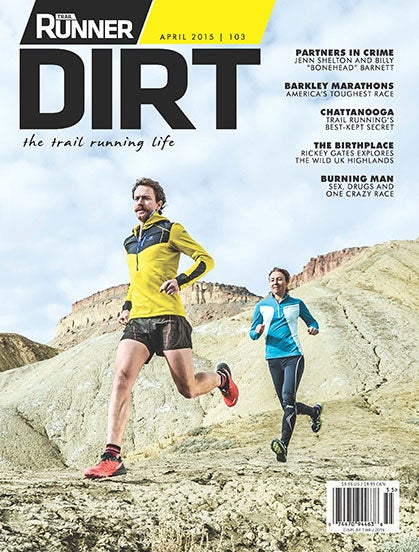 We’re excited to announce the upcoming release of our second annual edition of DIRT: The Trail Running Life.

Think of this as our “coffee-table edition”—a thick, journal-style issue jam-packed with stories that celebrate the vibrant, diverse trail-running community. Printed on archival paper and perfect bound, DIRT aims to inspire trail runners everywhere with the very best in-depth writing and photography from the leading voices of our sport.

Last year, our inaugural edition of DIRT explored the colorful culture of the Hardrock 100; the storied history of Alaska’s Mount Marathon race; the lives of the characters in Born to Run, five years after the book’s publication; and much, much more.

This year, DIRT will have even more great stories about the people, places and races that matter to our sport. Here’s a sampling of what to expect:

DIRT will be available on newsstands on March 19, 2015. Subscribers to Trail Runner will receive their copy of DIRT (in lieu of what otherwise would have been our April issue) that week or earlier. Subscribe now to get DIRT, a $10 value, included with your subscription.

We look forward to bringing you this beautiful edition!

Here’s What Our Editor’s Loved in January