Do you think walking is anathema to trail running? You’re plain wrong. It’s all a matter of degrees. Even the world’s best trail runners walk when the terrain, slope and distance dictate they do so. And, we’re not just talking about ultramarathons. For instance, during the 12-kilometer 2010 World Mountain Running Championships, Max King, the second American on the United States’ silver-medal-winning team,  “didn’t walk much, but there was a steep two-mile section of which I walked probably 10 percent. I never like to [walk], but sometimes it just makes sense.” 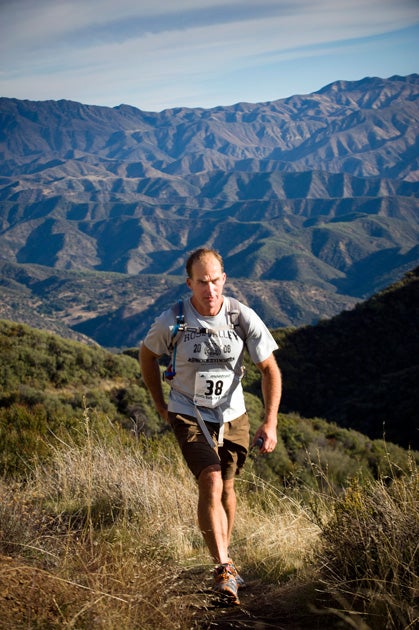 This article appeared in our March 2011 issue.

First, you must decide that you are willing to walk, which may be difficult for runners who have primarily run shorter distances or come from road-running backgrounds. If in doubt, try it in training or a low-key race environment. Know that you’re not swallowing your pride when you walk; you’re simply taking part in an activity that includes both running and walking.

Consider using trekking poles while walking up extremely steep or long climbs, particularly in marathon or longer events. (See Trail Tips, June 2010, Issue 66 for more on trekking poles.) They can help you power up a hill. In contrast, avoid using your hands on your knees while you’re climbing, as that’s a sign you’re engaging your quads rather than your glutes.

The single best way to improve your uphill walking? Practice. Otherwise, Olson advises trying any activity or exercise that isolates the glutes, such as side-lying hip abduction, a single-leg bridge or a split squat with your rear foot elevated (see www.tensegrityphysicaltherapy.com/exercises.html).

Dear Coach: How Can I Build a Better Running Stride?