It has never been easier to share your training with the public. But should you? 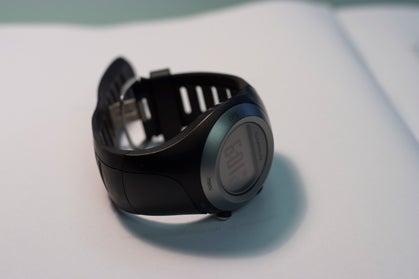 You can share every detail of your training thanks to technology, but don’t let it become a vice. Photo by Flickr user J R / Creative Commons 2.0

Our social media feeds are replete with status updates, heavily filtered photos and tweets documenting friends’ latest workouts or exploits on the trail. It has never been easier to share every meticulous detail of your own training, or to see what others are up to.

“I am a fan of total transparency,” says Nike Trail Elite runner David Roche, 26, of Sunnyvale, California, of his training. “It’s fun, it builds community and it lets people, especially young and developing athletes, know that there are multiple ways to achieve your goals and you can be successful without pounding out 100-mile weeks and track workouts.”

In addition to being active on Facebook and Twitter, Roche records every step he runs on Strava. The ultimate run-sharing social media platform, Strava is a public training log that allows users to upload their route, pace and elevation gain and loss from every run via GPS or smartphone.

Strava also maintains overall standings that compare users’ performances on certain routes and sections of routes. “Course Record” (CRs) or “King of the Mountain” (KOM) crowns are awarded to Strava users who record the fastest times up a climb, on a section or on a whole route. The changing of CR or KOM titles can prompt lots of informal competition on training runs.

So what could go wrong?

Runners are a competitive bunch, and publishing one’s training for all the world—and running rivals—to see has its drawbacks.

The pursuit of CRs and King of the Mountain (KOM) crowns, as well as the pride associated with a specific minute-per-mile pace, can lead runners to eschew easy days and push too hard during recovery periods, increasing the risk of burnout and injury.

“CRs and KOMs are a huge draw to Strava, but may be its Achilles heel as well,” says Rob Krar, 37, of Flagstaff, Arizona. The winner of the 2014 Western States, Leadville and Run Rabbit Run 100-milers is on Strava but keeps much of his data private.

“In some ways [Strava] can be motivation to work hard and push your limits, but in many ways it has the potential to be detrimental to your long-term goals and, more importantly, your health,” he says. “Like so many other things, it’s important to find a balance and to use Strava as a tool while being careful to not allow it to become a vice.”

“I often check my pace more to be sure I’m running slow enough rather than running fast enough,” he continues.

Roche, who also coaches several athletes, says overtraining is a huge concern. “I encourage all my athletes to be on Strava, but I require them to take pride in their easy days,” he says. “Just like Strava can build accountability on intervals—not letting up in that last 200 meters when everything is burning, because Strava is watching—it can also build accountability on recovery pace.”

Roche says an additional benefit of broadcasting his training—particularly harder workouts—is that it conditions him to the possibility of public “failure” every week, rather than only during races. This psychological conditioning keeps him from fearing failure on race day and dealing with the stressors and nerves that destroy many a runners’ psyche.

“Running is all about vulnerability,” he says.  “When we toe the line, we’re all laying ourselves bare, putting ourselves out there where failure is an option. When failure isn’t scary, you can accomplish much greater things than you ever thought you could, and I think that’s a huge advantage when I’m at the start line.”

How Self-Talk May Influence Long-Term Adaptation