Strengthen your thoracic diaphragm to become a better runner 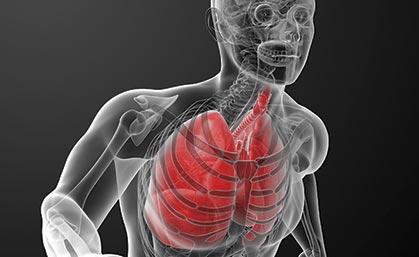 In terms of athletic performance, learning to use your diaphragm properly can correlate to increased stamina, quicker recovery and even decreased chance of injury.

As newborns, we are all perfect little belly breathers. But, as we age, many of us become poor breathers due to bad posture and often-sedentary lifestyles. We rely on secondary respiration muscles like the tiny muscles between the ribs, as well as neck and upper-back muscles, in place of the true respiratory powerhouse, the thoracic diaphragm. This type of breathing leads to inefficient oxygenation of the blood, which results in fatiguing faster on the run.

Some researchers even theorize that ineffective breathing could be the cause of the “side stitch.” When the diaphragm is not used appropriately in the first few minutes of a run, researchers postulate, it may later spasm or cramp due to the sudden increased demand as the body becomes fatigued.

When you breathe using your diaphragm, it feels like pushing air toward your groin as your abdomen expands 270 degrees. When you do so, you build IAP, or intra-abdominal pressure. A 2013 International Journal of Sports Physical Therapy literature review suggests that IAP plays a crucial role in stabilizing the spine, particularly during dynamic and repetitive tasks. The same study also determined that proper IAP allows other core muscles like the abdominals, lower back and pelvic floor to perform at a higher level for a longer period of time—pure gold for endurance runners.

What’s It to a Runner?

For trail runners, two of the greatest benefits associated with proper breath control are improved balance and running efficiency.

As we learn to breathe from our diaphragm, we strengthen our core by removing some of the burden of stabilization from our larger prime movers, such as the abdomen and lower-back muscles. Proper breathing allows these muscles to stay supple and relaxed. This is crucial because when we catch a toe on a root, or need to leap over an obstacle in the trail, our prime movers can then help absorb the impact—a task they’re less capable of when fatigued from trying to stabilize a weak core.

When we use our diaphragm to breathe properly, it makes it easier for our blood to pull oxygen out of the air we inhale, which translates into improved running economy and endurance. Of course, as you become fatigued, it’s often necessary to rely on secondary muscles of respiration as well—but, ideally, the diaphragm should be the primary muscle used.

With all of this diaphragm talk, I’m sure you’re dying to know, “How do I become a breathing ninja?”

4 Drills to Improve Your Breathing