The dope on marijuana as a performance-enhancing trail drug 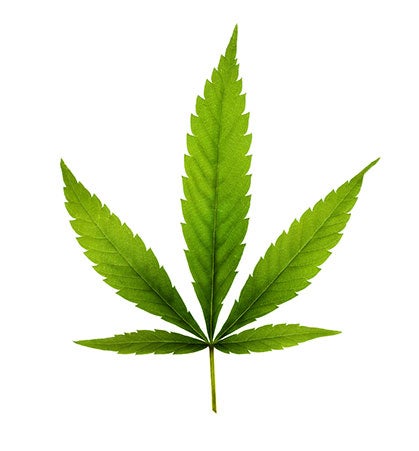 Do you want some of this?” my running partner says as he extends his hand with a joint after we reach the summit on our run.

“No, thanks, ” I say, tearing open my gel packet. I don’t smoke marijuana, but don’t mind if someone else does. Having grown up with an alcoholic father, I sometimes wish he’d had a propensity for marijuana instead.

This particular runner and marijuana user told me, “I use it to settle my stomach on long runs, and being high on the trail just enhances the experience. It makes for a better run.”

Laws recently passed in Washington and Colorado have made recreational marijuana use legal; 18 other states and the District of Columbia allow its use for medical purposes. Today the most compelling medical use is treating the ravages of chemotherapy, especially nausea. It’s also been shown to help patients with AIDS, glaucoma, multiple sclerosis and chronic pain.

However, since I’ve been a trail runner, there have always been a few people in my running circles who pack a one hitter or joint in their running kit right next to their carefully counted gels. We don’t think twice about ingesting a drug like caffeine—with its well-known and potent ergogenic effects—to help us train, but can marijuana also offer benefits for runners?

Marijuana is the common term used for the dried, shredded  leaves, stems, seeds and flowers  of the plant with the scientific name Cannabis Sativa. The  active chemicals in marijuana are called cannabinoids. Delta-9- Tetrahydrocannabinol (THC) is the primary active chemical, which causes a psychoactive effect and results in changes of perception, mood, consciousness, cognition and behavior. Marijuana can be imbibed in a variety of ways, including mixed in foods (e.g. brownies and cookies), brewed as tea, vaporized and, of course, smoked.

Marijuana is the most-used illegal drug in the United States, according to the National Institute on Drug Abuse, yet there is not a single reported case of death from overdose. The same cannot be said about its casual-consumption counterpart, alcohol, which causes approximately 5000 overdose deaths per year.

Why Do It on the Trail?

Imagine a drug that could settle your stomach, remove your pain and make you feel euphoric at the same time. Well, one exists—at least according to the trail-running proponents of marijuana interviewed for this article. Use by trail runners seems to be based upon two main reasons: performance enhancing and mental/spiritual well being.

In its most practical, performance-enhancing applications, marijuana seems uniquely qualified as an ergogenic for long-distance running (slower efforts) for three reasons: it helps mitigate pain, decrease nausea and increase appetite. The longer the race or run, the more likely you are to encounter pain or inability to hold down food; how well you address these issues might mean the difference between a DNF and a great performance.

“Early in my ultrarunning, I struggled with eating and often experienced nausea,” says a runner I interviewed. “Pot helped [alleviate] that.”

When I asked a marijuana user if he had any fear of the smoke inhibiting performance, he said, “I don’t smoke every race, but I had my best trail running race- performance on a day when I smoked. So, no.” On that hard effort, he set a trail-marathon course record, saying the drug helped him mentally focus.

Other physiological effects of marijuana might also improve athletic performance: similar  to caffeine it appears to increase heart rate right after ingestion, although a racing heart rate could also be seen as a negative. And, similar to an asthma inhaler, marijuana acts like a bronchodilator, opening the air passages and improving oxygen transport.

On the mental side, THC’s effect on the brain’s neuron communication causes an altered perception of reality and lends itself to the feeling of “oneness with nature” that is commonly reported by avid users.

While pot can turn some folks into zombies, many runners report the opposite. As one trail runner told me, “I use it to get me out the door. It is a total motivator.”

A member of the World Anti-Doping Agency (WADA) Prohibited List Committee, Dr. Marilyn Huestis says several elite athletes have lauded marijuana for “improving sleep, and reducing fear and anxiety surrounding competition.” Although not discussed in any research, she also mentioned that those athletes thought it helped them “recover faster from injuries.”

With the recent exceptions  of Washington and Colorado, marijuana use in other states  is illegal without a medical marijuana prescription. It goes without saying that anything illegal in the public domain is not allowed during a race.

Typically offering little or no prize money, trail races rarely test for drugs. As the landscape for money in our sport changes, however, so does the likelihood that athletes may be tested. Last season Ultra-Trail du Mont-Blanc and IAU World Championships both drug tested, though neither event found a positive test for marijuana use.

While a 49-year review by the Kaiser Permanente Medical Care Program showed no effect on overall death rates of those who smoke marijuana versus those who don’t, it’s important to note that the impact of marijuana smoking on pulmonary function and respiratory complications has not been systematically assessed. The major concern seems to be a possible risk of cancer, caused by the inhaled carcinogens when marijuana is smoked. Little is known about the true risk, though, because of the drug’s illegal status, and therefore limited study samples.

Although tobacco and cannabis smoke have similar chemical properties, their pharmacological activities differ greatly. The limited research, although inconclusive, suggests that cannabis-smoke inhalation does not have the carcinogenic potential of tobacco. It’s thought the THC in marijuana smoke exerts a protective effect against carcinogens; in contrast, nicotine increases carcinogens. A 2005 review of studies by the International Agency for Research on Cancer concluded, “Increased risks of lung or colorectal cancer due to marijuana smoking were not observed.”

Any amount of smoking is correlated with increased respiratory effects, including phlegm, cough and tightness in the chest. Adds Dr. Huestis, “Obviously [smoking marijuana] is not great for your lungs.” Vaporizing and oral ingestion through foods have been shown to decrease those deleterious effects; it’s not yet known if ingesting marijuana this way also negates the bronchodilation benefits.  For athletes in high-speed sports where reaction time is important, studies have shown marijuana use can impair hand-eye coordination and reduce motor coordination. For trail runners, this could mean an increased likelihood of falls and associated injuries.

A 1986 study from the American College  of Sports Medicine showed that smoking marijuana decreased total duration at maximal effort, an obvious detriment during a short, hard race, but one that doesn’t seem to affect longer aerobic efforts.

In the end, though, Dr. Huestis says, “We have very few good, controlled studies relating marijuana use with sports.”

The Best Backpacking Kitchen Gear of 2022