What is the etiquette for bathroom use in the middle of a trail race? … 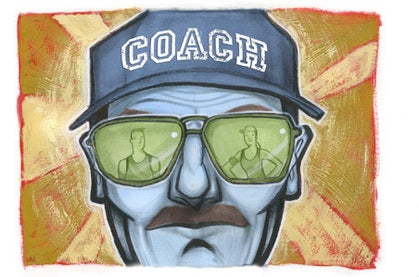 During trail marathons, I often need to use the restroom when there is no porta-potty within miles. Is there a way to control when the urge comes? And what is the etiquette for bathroom use in the middle of a trail race?

New racers often realize their pre-race consumption has worked against them after the gun goes off. While a fast marathoner can often get away with no bathroom breaks, slower runners and ultramarathoners aren’t so lucky. It takes a good deal of experience and body awareness to eat and drink in such a way that you minimize bathroom stops in the middle of races.

Most runners have an unwarranted fear of dehydration. More athletes actually die from hyponatremia than do from dehydration. Shoot for consuming enough water and electrolytes to avoid both, while minimizing bathroom stops. Experiment during long runs. It’s common for elite marathoners to finish a race about three-percent dehydrated; any more than three percent and you will see performance decrease.

As for #2 etiquette, it’s best to ensure no one has to witness what you are doing, which means stepping far enough off the trail to be out of sight or hiding behind a tree. It also means practicing Leave No Trace principles, which state: “Deposit solid human waste in catholes dug six to eight inches deep at least 200 feet from water, camp and trails. Cover and disguise the cathole when finished.”

Unfortunately, this practice is not always followed on race day. “But courtesy remains paramount,” says Bryon Powell of iRunFar.com. “Moving a rock or small log aside will create a small receptacle for your waste. After taking care of business, replace the object while being certain to fully cover all toilet paper so it doesn’t blow away.”