The easy way to do long point-to-point runs

For years I backpacked and ran trails throughout Northern Wyoming’s Cloud Peak Wilderness Area, named after the stunning … 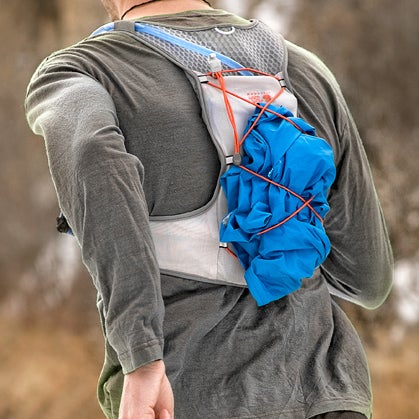 For years I backpacked and ran trails throughout Northern Wyoming’s Cloud Peak Wilderness Area, named after the stunning 13,167-foot mountain of the same name. Later, I wanted to extend my forays across the region’s spectacular Big Horn Mountains, the limiting factor wasn’t fitness or desire— I just didn’t feel like lugging the bulky camping equipment and required food for such long point-to-point runs.

So I concocted a new tactic—the load-lightening solution would be to pair up with a friend for a “key exchange” so we could do an entire trail in one day.

My 18-year-old daughter, Alyson, and I planned a 20-mile run through the heart of the wilderness area from Lower Paintrock Lake to West Ten Sleep Lake. I convinced my friend, Alan, from Las Vegas, Nevada, and another friend to run the same trail on the same day, but in the opposite direction. So on a summer morning, our two parties drove our cars to opposite ends of the trail, arriving at 8 a.m. The plan was to rendezvous at the halfway point and exchange car keys. Since the two trailheads are nearly 100 miles apart by road, shuttling a car from one trailhead to the other would have burned up precious daylight hours we needed to be on the trail.

Starting out with great enthusiasm, we cruised up the trail and made several river crossings over the No Wood and Ten Sleep rivers. As we ran through a meadow of wildflowers, a grazing cow moose eyed us suspiciously and took a protective stance in front of her young calf until we were at a safe distance away.

Carrying only one 16-ounce bottle each, we stopped often to refill from the numerous mountain streams we crossed, careful to filter the water to remove nasty parasites.

At noon, we reached the trail’s midpoint at tranquil Lake Solitude, situated at around 9000 feet in elevation, an ideal camping spot for backpackers. Arriving early, we removed our wet shoes and socks and savored a lunch of ham sandwiches, trail mix and a chocolate bar. When our friends arrived 25 minutes later, we exchanged car keys, planning to swap cars once we were back at my house in Cowley, Wyoming.

Parting ways, we continued in our original direction into new country, happy not to have to backtrack. We made an arduous three-mile climb over a nearly 10,000-foot pass before sliding downhill past Misty Moon Lake. There, we soaked up amazing views of Cloud Peak, visible now that the morning mist had burned off.

Reaching Alan’s car just before 5 p.m., we were thrilled to find inside a cooler full of ice-cold Gatorade. Suddenly embarrassed, I realized that all I had left in my car were week-old pizza crusts.

The glorious day on the trails, a social lunch break in the backcountry and the key exchange’s easy logistics inspired us to begin planning a similar 28-mile run in Yellowstone National Park. Next time, however, I’ll leave a more appetizing post-run snack in the car for my key-exchange partners.

John Bernhisel is an avid trail runner from Cowley, Wyoming, where he teaches high school chemistry and biology.

Tips for a smooth exchange

1. Study the map together and agree on a precise meeting place.

2. Have a backup plan in case the two parties don’t intersect by a pre-set time. The best course of action may be to head back to your own vehicle.

3. Carry a waist or backpack with extra food, first aid and emergency supplies.

4. Check the weather forecast before heading into the mountains.

5. Locate water sources on the map and plan to carry enough water between refill sources.

6. Carry two-way radios and agree in advance what channel to use.

7. Tell others your plan and intended route.

Four Major UTMB Takeaways For Pacing and Predictions, Based on Historical Data