Big cities have their share of quirky dirt trails. Here’s how to make the most of them 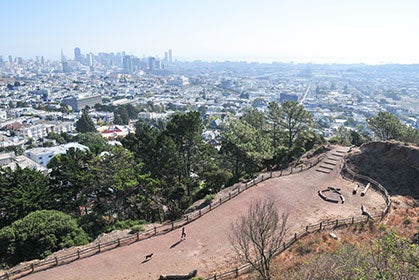 Think of trail running, and your mind likely goes to beautiful singletrack winding through forests and switchbacking up to summits with thousand-foot vistas. If you are lucky enough to live and work near one of these magnificent places, stop reading now and go outside.

If, however, like most North American trail runners, you live and work in a major metropolitan area, the everyday reality of trail running means something very different. For example, I live in Atlanta—a poster child for urban sprawl—and often travel for work to major cities in the Northeast and Midwest. My favorite epic trails are in Colorado and, closer to home, in the North Georgia mountains two hours outside of Atlanta. But I rarely have time to make it outside the city, so most of my training is done on trails in and around Atlanta and the other cities to which my work brings me. And calling them epic would be a stretch.

I call this “urban trail running”: running on real dirt trails close to a major urban or suburban commercial area. Once you find them, urban trails resemble any other trail, with their share of trees, roots, rocks, ascents and descents.  What’s unique about these trails is where they are located. They wind through patches of green space that have somehow been protected in an ocean of office parks, subdivisions and highways. They are shoehorned into populated areas rather than wide-open tracts. Think quirky versus epic, what’s left rather than what’s amazing.

That’s not to say urban trail running is without its rewards. An amazing number and variety of trails exist in or near major urban and suburban areas. Finding nearby trails to run on, however unglamorous they may be, can bring adventure to yet another dull business trip and offer a great alternative to working out on a hotel’s “dread-mill” or doing hill repeats in a parking garage. And even at home, a slightly funky urban trail can make for a more interesting mid-week training run than banging out the miles on concrete.

Yes, it’s hard to do a trail run without a trail under your feet. Google is a great place to start. A simple search for hiking or running trails in your city will bring up reports from races done on local trails, trail clubs, running shop group runs and personal trail-running blogs. A mapping app, such as Google Maps, is an easy way to zoom out from your location to find large green spaces in your area that are worth exploring for trails. Another good source of information on trails is the local running shop, especially if it stocks trail-running shoes. 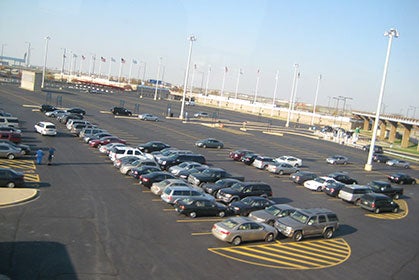 You found out about the trail, so getting to the trailhead and parking should be easy, right? Not necessarily. Urban trails can be tucked between commercial or residential developments, and, unlike established trail systems in more rural areas, may not have well-defined trailheads, parking lots or maps.

Part of your trail research should focus on where to access the trail and where, if you’re driving, to park without getting towed. The Des Plaines River Trail in Illinois, for example, passes within a mile of the second busiest airport in the U.S., Chicago’s O’Hare International. The closest access points near the airport are not well marked, but, once found, allow runners to explore over 20 miles of dirt trails hidden in the shadows of several large and popular airport hotels. A local trail runner—or a knowledgeable hotel concierge—should be able to guide you to the access points.

On a run on Central Florida’s Croom Tract one time, I was out for about an hour, not long enough to need food or water. But because I was on a business trip, I was renting a car. The little pocket in my running shorts was no match for the massive car keys rental companies seem to like, and I was forced to run with them in my hand the whole time.

Since then, I’ve learned to bring a handheld water bottle or hydration pack with pockets, regardless of how many miles I’m running. Not only can you carry oversized car keys, but also extra fuel, a cell phone, identification and some cash, all of which can come in handy if you get lost or injured out there in the urban wilds. 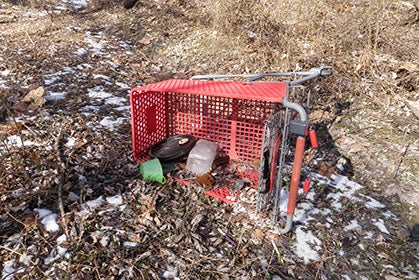 4. Don’t forget your sense of humor

The range of things you may encounter on an urban trail goes from the banal to the bizarre. Be prepared for poorly marked or maintained trails and plenty of trash. In my time on the urban trails, I’ve seen a bed, a full box of Twinkies and variously sized and colored undergarments, to name a few.

5. Have a sense of direction

I recently ran in San Diego’s Balboa Park, a 10-15 minute run from downtown. The maps show several miles of connected trails, but, at the north end, they often stop at a street with no indication where the trail resumes.

Urban trails are what’s left of a green space. As parcels are sold off for development, that green space disappears and with it portions of the trail. Be prepared for the trail to terminate abruptly in a street or backyard. You may have to backtrack or figure out where the trails picks up again. 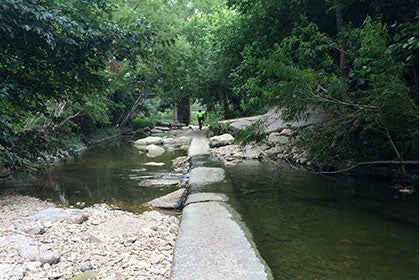 The streams, lakes and rivers you will encounter trailside are nice to look at, but they’re no crystal-clear mountain streams: they’re likely fed by street runoff and possibly sewage. So splashing water on your head during a steamy summer run? Probably OK. Drinking? Absolutely not.

7. Get home before dark

Where a sun setting on a remote backcountry trail requires extra vigilance for wildlife like bears and mountain lions, dusk on urban trails sometimes brings out a different type of creature.

One night after work, I was running in Stanley Park, not far from downtown Vancouver, British Columbia. I detoured onto a less-traveled trail in the interior of the 1,000-acre park; the trail abruptly ended at a large downed tree. I turned around to find a man in a trench coat had appeared out of the woods. I asked him where the trail went. He replied, ”Well that depends on what you’re looking for …” I found the path, and quickly sped up.

Since that run, I’ve done my best to run in the daylight and stick to well-traveled trails, or run with local trail runners when heading into less-traveled parts where sketchy characters could be lurking. And, as with rural trail runs, it’s always a good idea to let someone know where you’re going and when you’ll be back.

When short on time and choices, a quirky urban trail beats a hotel gym or parking lot ramp any day. And the more these trails are used, the likelier they and the surrounding green space will be preserved—so spread the word about your favorite urban trails.

Michael Dalis is a sales coach and workshop facilitator based in Atlanta, and an avid trail runner who competes in several events per year, most recently the Georgia Sky to Summit 50K. He also writes regularly for trade publications and his company’s blog.