A brief guide to avoiding aggressive bear encounters in the backcountry 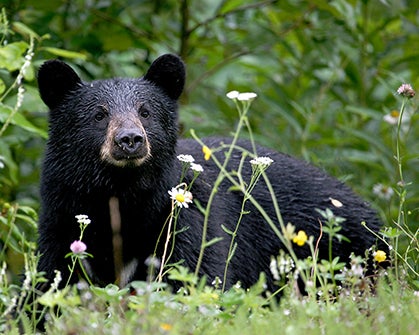 Have you ever encountered a bear on a trail run? About two weeks ago, two runners on the Matcheetawin Trails in Fort McMurray, Alberta, Canada, did—and used their phone to capture a video of their experience.

Their YouTube video went viral in a matter of days, with the usual slew of opinionated comments from viewers. Among the gems: “Moral of the story: Stay out of the ****ing woods! A gym membership is 50 bucks a month.”

The truth, however, is that bear attacks—particularly black-bear attacks—are extremely rare. According to Stephen Herrero, author of Bear Attacks: Their Causes and Avoidance, only 23 people were killed by black bears between 1900 and 1980. Most bears would prefer to just be left alone and, given fair warning of your presence, will get out of your way without incident.

However, as trail runners, we often move quickly and quietly through our environs, which can make us more likely to surprise a bear. Particularly if a bear feels startled or if cubs are present, there may be greater risk of aggression.

Here are six tips to help you stay safe while running through bear country.

2. Go where the bears are not. Bears are most active at dawn and dusk, so avoid running in bear territory during these times. If available, online trip reports by fellow trail users can help you avoid trails where bears have been especially active recently.

3. Don’t run alone. It is sometimes easier said than done but, whenever possible, find people to join you on your runs. Bears (and other large mammals like mountain lions) are far more likely to stay away from a group.

4. Leash your dog. If you run with a dog, keep it on leash at all times, as a free-roaming canine can aggravate bears and quickly escalate an otherwise mild encounter into a dangerous one.

5. Stay aware of your surroundings. Leave the headphones at home and remain alert to noises or sudden movements in the bushes around you. Keep an eye out for signs like bear scat and tracks.

6. Should you see a bear, stop running immediately. Stand up tall and wave your arms to look bigger. Talk to the bear in a firm voice, so it knows you’re human. Don’t turn your back on the bear and slowly back away—preferably in the direction from which you came.

In the event that a bear attacks you, your next course of action depends on whether the bear is acting defensively or non-defensively, and whether it is a black bear or a grizzly. Learn more about best practices for each, as well as how to tell the difference in bear types.