Get out of your comfort zone to run faster

Trail runners are notorious for their addiction to LSD: Long, Slow Distance. After all, logging lots of miles … 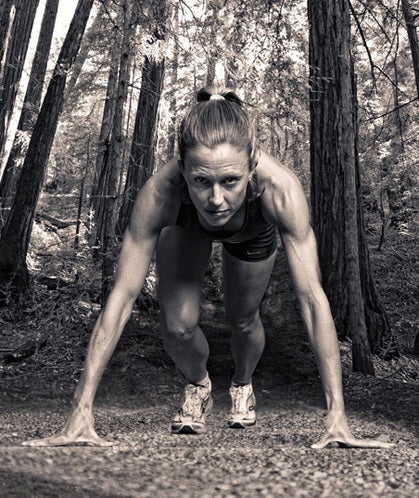 Trail runners are notorious for their addiction to LSD: Long, Slow Distance. After all, logging lots of miles within your comfort zone seems like the best way to enjoy a day out on the trails. It turns out that premise may not always be true.

A recent study out of the UK polled runners on their emotions following two different types of workouts: a 50-minute run at a moderate pace and an interval workout. Unsurprisingly, the runners reported the interval workout to be more difficult. Interestingly, they also ranked it significantly higher in the enjoyment scale. In addition to an increase in running satisfaction, interval training can make you a stronger runner.

Numerous studies have shown that the effects of traditional high-volume endurance training can be stimulated more efficiently with just a small amount of high-intensity interval training. In fact, research conducted by the Exercise Metabolism Research Group in Ontario tested this theory on cyclists in a lab. These athletes were instructed to do six sessions of sprint interval training over two weeks, with one to two days rest in between to help promote recovery. Each session had the cyclists doing between four to seven “all-out” 30-second Wingate tests with a four-minute recovery period between each.

The Wingate test is one of the most reliable measures of peak anaerobic power, anaerobic fatigue and total anaerobic capacity. After just six sessions over a two-week period, the athletes had significantly improved performances by increasing muscle oxidative potential and endurance capacity.

While long miles at a moderate pace remains a vital part of any endurance training plan, many experts recommend incorporating regular interval training for its effects on skeletal and muscle adaptations and exercise capacity. So, you may find that trading some LSD for speed will pay off as you race through mud, rocks and roots.

Logging miles at a moderate pace encourages overall musculoskeletal strengthening and teaches your muscles, tendons, ligaments and bones to handle pounding over many miles. It also spurs capillary growth, which is involved in your body’s ability to deliver oxygen to muscles.

While these physiological adaptations are important, experts say you can get too much of a good thing. “Long runs are the bread and butter and provide a great foundation for an endurance runner’s training formula, but they are not the only element,” explains Coach Jenny Hadfield, author of the Running for Mortals book series. “It’s kind of like creating a chili recipe and only putting in beans. All you end up having then is bean soup.”

Coach Paul Stofko, an ultrarunner and head coach for several ultrarunning training camps in Estes Park, Colorado, agrees: “Especially in ultrarunning, we sometimes neglect the speed work and intervals and just worry about the long miles.”

LSD will get you to the finish line, but you might find yourself left in the dust with only one gear. Elite trail runner Brandy Erholtz has experienced this first hand after running high mileage with little speed training. “Slow legs can be frustrating—aerobically you feel great but just don’t have the ‘oomph’ you need to propel yourself faster, and don’t even think about a finishing kick,” says the USATF two-time Female Mountain Runner of the Year.

“Speed is especially important if you want to be competitive in a trail race,” says Stofko. “You have to change your pace a lot in these races. Your competitiveness on race day is definitely going to decrease if you haven’t been doing any speed work.

“I have found the bigger the base, the faster I am able to go in my speed sessions and the better racing season I can have,” says Erholtz. “Once the endurance is there, begin to add some variety in the form of speed.”

As Hadfield says, “Add a little cayenne pepper to that chili recipe.”Interval training increases both your VO2max and lactate threshold. VO2max determines how efficient a runner’s body is at transporting and using oxygen during exercise. Lactate threshold (LT) is determined by what exercise intensity lactic acid begins to accumulate in your blood stream. The more you train your body, the more intensity it can handle before starting that accumulation. Together, these two markers play a major role in determining running performance.

A study published last year in the British Journal of Sports Medicine compared the effects of long, slow distance training to high-intensity interval training. One group was prescribed six intervals of two minutes each to complete three times a week, while the other group did 60 minutes of slow, continuous running five days a week. After six weeks, the results were conclusive: the interval-trained group showed significantly more improvement in VO2max, despite the fact that they ran fewer days.

Further, recent research out of Minnesota State University found a relationship between frequency of interval training and the amount of improvement in LT. After assigning one group to one interval training session a week and another to two per week, they discovered that the latter group saw a greater upswing in their LTs.

Regardless of the scientific data, fast running in training will mentally prepare you for faster racing. “Speed sessions just help me feel sharp and ready to race,” says Erholtz. “While doing them I try and visualize both competition and race courses to create the muscle memory necessary for racing.”

Both Stofko and Hadfield recommend doing most of your interval training on the trails when you’re training for trail races. Erholtz has found much benefit to doing speed work off-road. “It teaches my body and muscles how to run hard over rocky and technical terrain,” she contends.

Start with one day of interval training each week, never exceeding two sessions a week. “Space them out,” says Stofko. “You need time to recover before you do another hard workout.” Hadfield echoes that point, saying, “When you throw too much into the recipe, it can no longer be digested. If you aren’t recovering adequately, you’ll end up hurt.”

Erholtz does her interval training with a watch and judges her effort based on her breathing. Hadfield encourages her athletes run intervals by feel rather than at a prescribed pace, saying that predetermined numbers can potentially hold runners back from their best performances.

“Your training program needs to be diverse, so when you get tired out on the trail, you have endurance, strength, flexibility and speed,” says Hadfield. “The more tools you have in your toolbox, the better.”

Interval workout in preparation for a 5K trail race:

:: Start with four repetitions and work up to eight to 10

This should be harder than conversation pace, but not so hard that you aren’t able to complete the workout. These will feel speedy and will get you breathing hard, but shouldn’t be all-out sprints.

Interval workout in preparation for a 50K trail race:

:: Start with four repetitions and work up to six to eight

Find a pace that you can sustain—it should not be all out but should be taxing.