Many great things have come from Japan, but one invention outshines them all—Tabata training. … 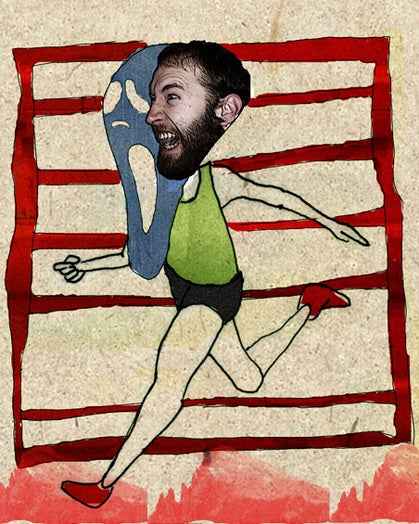 Many great things have come from Japan. The Lexus GS, sushi and ninjas are some of my favorites. But one invention outshines them all—Tabata training.

You probably haven’t heard of Tabata training, a short, intense workout that yields inexplicable gains. The method may seem unusual, and like something meant only for extremists or mystical Japanese runners with scraggly three-foot beards that live in the high mountains and scurry up ancient trails without their feet touching the ground.

Don’t worry; it’s not that complicated, and, remember, it wasn’t that long ago that only rebels ate sushi.

Way back in the dark ages (1996), Izumi Tabata from the National Institute of Fitness and Sports in Tokyo, Japan, was searching for a better training protocol for the Japanese speed-skating team.

He eventually hit the jackpot with an unorthodox program, in which participants performed speed skating interval training for 20 seconds at a time alternated with 10-second rest intervals for eight sets—a total of four minutes of training. He compared the results with a more common training regimen of 60 minutes of traditional steady state endurance training.

Participants who used Tabata’s interval technique for six weeks improved their maximum aerobic capacity by 14 percent, compared to 10 percent for the participants training for an extra 56 minutes.

The real gem was that this training also improved anaerobic capacity simultaneously by 28 percent, while the 60-minute group experienced no increase at all!

What does all this mean in English? Tabata training can improve the results of your cardio training by almost 50 percent according to Tabata’s study.

If that isn’t enough, the kicker is that during those short four minutes, you can actually build muscle at the same time—despite burning calories.

The method is so effective that Alex Koch, Ph.D., an assistant professor of exercise science at Missouri’s Truman State University, says, “The `Tabata protocol’—which sounds like it could be a tantric sex act or a secret martial art—deserves its reputation.”

The Quick and Dirty

Tabata training is downright simple. As previously mentioned, you perform eight 20-second interval sets, with 10 seconds of rest in between each set.

What’s an interval? It a short burst of intense activity, in our case, a sprint. Warm up for five to 10 minutes at an easy pace. Then, hold on tight, because the next four minutes will be brutal.

Take off in a full-blown sprint, like someone is chasing you, for 20 seconds. Then rest for 10 seconds, then sprint again for 20 seconds. Do eight sets. Perform the routine over relatively flat terrain, or even a treadmill, because the key is speed.

The Rest of the Story

Start by doing a weekly Tabata session, and see how quickly you improve. If you’re really hard core, you can even do a Tabata session after your regular run.

The workout does not change. Over time, your speed will simply increase, so your sprints become more intense.

If you’re a beginner, start with a single Tabata workout a week. If you’re intermediate, try two at the end of your usual workouts. If you need to outrun the paparazzi, go for three sessions weekly.

For trail runners, strength training offers injury prevention, body-composition benefits and speed increases. Focus on multi-jointed exercises (e.g. in a dumbbell curl, the only action is at the elbow, while in a squat, you use your knees and hips), and use the power of Tabata training to squeeze more from every rep and cut your training time drastically. Then you will have more time for the trails.

Aim to strength train three days a week. Every time you work out you’re training your whole body—no need to train arms one day, calves the next, and all that other nonsense that requires you to keep a cot at the gym.

In every workout perform an exercise that pushes and another that pulls horizontally and vertically, and also alternate between squat and dead-lift variations.

Just like your Tabata cardio routine, do as many reps as you can of each exercise for 20 seconds, rest 10 seconds and repeat for a total of eight sets. Don’t count reps. Use about half the weight you would normally use for 10 to 12 reps. Your rest periods are short, so no gabbing or drinking water.

Keep a journal of the exercises and weights you use, and remember your body adapts to exercise quickly. Every week or two, try to increase the weight slightly or do more reps in each 20-second period.

Switch up the exercises every week. For example, if you do dumbbell/barbell presses one week as your horizontal push movement, do barbell incline presses the next week. Also, change the order in which you perform the exercises.

Your Watch Doesn’t Know How Much Recovery You Need