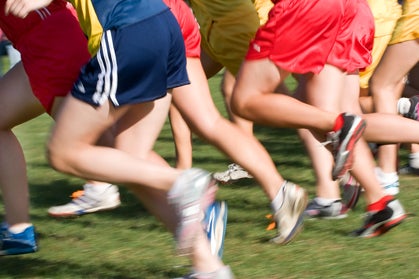 For college students these days, opportunities abound to get involved in the trail- and mountain-running world—beyond just the cross-country team. Last month, we reported on Vermont’s Sterling College’s recent creation of a varsity trail-running team. The same week, Collegiate Times published an article on Virginia Tech’s Trail and Ultrarunning Club.

More recently, a brand new organization—the Collegiate Running Association (CRA)—has been created to foster trail running at the college level. Founded by Steve Taylor and Jon Moltz, head and assistant cross country and track and field coaches at the University of Richmond, the CRA is a nonprofit aimed at increasing opportunities for both National Collegiate Athletic Association (NCAA) athletes and recreational student runners to race at the national level—and win prize money.

“I think the NCAA offers great opportunities for student-athletes,” says Moltz. But, he adds, “There are a large amount of college runners that are not involved in the NCAA, but still like to go out and compete. We think all kinds of runners deserve an opportunity to race at the college level.”

The group will put on championships in disciplines that fall outside the NCAA norm: a road race (scheduled for March 29, 2014 in Richmond, Virginia), as well as a mountain race and trail race in 2014. Already, the CRA has secured $10,000 in cash prizes for the top 10 students in the men’s and women’s races.

Joining the CRA is easy. Membership is free, and there are only two rules: you need to be enrolled in at least one college course, and have a high school diploma. (Thanks to a recent revision in NCAA rules, varsity student-athletes can now accept more prize money for running races.)

“My goal,” says Taylor, “was to see runners from these diverse backgrounds within colleges across the country come together in one place, run a race and determine a national champion.”

“I think trail running and mountain running are heading in a great direction right now and I want to see them experience more growth,” says Moltz, a trail runner himself. “Running is often a lifelong pursuit, and if we can help get college runners hooked on trail and mountain racing early, then that’s great for our sport.”