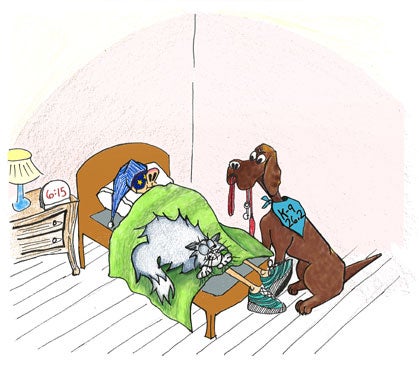 Thanks to a constantly on-the-go culture, missing sleep is a modern-day phenomenon. And as your training volume increases and running starts encroaching on other parts of your life, you might find yourself hitting the pillow even later and getting up even earlier.

A 2010 survey of more than 30,000 people in 23 countries commissioned by the Philips Center for Health and Well-Being showed that the U.S. has the third-highest sleep-deprivation rate of any country. Even if you know about the beneficial effects on creative problem solving, improving memory and mood elevation of a good nights sleep, there are other important reasons for runners to prioritize sleep.

Immune System
Your body’s ability to fight the stress of increased training is sharply diminished when you skip sleep. Training causes an inflammatory response, the precursor to all disease. A 2009 UCLA study showed that the effects became evident after just one night of sleep deprivation. UCLA’s Dr. Michael Irwin states: “This study shows that even a modest loss of sleep for a single night increases inflammation, which is a key factor in the onset of cardiovascular disease and autoimmune disorders, such as rheumatoid arthritis.”

The immediate effects for athletes are an achy, wheezy, stiff and poorly functioning body, which is susceptible to sickness. When sleep is restricted post workout, additional harmful chemicals are released in the body, causing a cascading inflammation scenario. If the remedy of a good nights sleep is ignored, you will undoubtedly get sick and injured.

Hormones
R.E.M. (Rapid Eye Movement) sleep is our body’s downtime, its chance to repair damage from running, imperfect nutrition and the oxidative stress of being a living organism. Without adequate sleep—eight to 10 hours a night for athletes—our bodies have no opportunity to repair cells and regulate hormones that control all aspects of our existence, from sex drive to athletic performance. Hormone disregulation can lead to a wide variety of conditions including depression and hyperthyroidism.

Performance
A 2009 study showed just one night of sleep loss raised resting oxygen uptake (VO2) in runners. It also decreased time to exhaustion, the antithesis of what we want to accomplish through training. Similar studies on swimmers showed that increasing sleep time to 10 hours a night also increased their time trials and all the reaction times involved in swimming (including off-the-block times and kick strokes per minute).

The coveted competitive edge is readily available to us all, legal and free of charge—we just need to properly prioritize our zzz’s.

This article originally appeared in the June 2012 issue (No. 80) of Trail Runner.

Trail Running Might Be the Secret to Happiness – Here’s How You Can Maximize It.

How Alcohol Tanks Your Heart Rate Variability and Sleep

The Best Car Camping Bags and Pads of 2022