Why you should strength train for trails 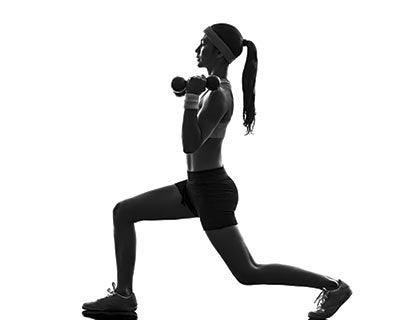 Want the secret to reversing the effects of aging, improving performance and reducing the chance of injury? It is surprisingly easy—instead of spending money on dubious supplements or unproven training techniques, simply employ strength training.

If it’s that easy, why don’t more runners do it? Let’s face it, running on your local trails and paths is probably more enjoyable than spending time at the gym. But if it’s results you’re after, a small investment in strength training will pay big dividends in performance and health. Misguided beliefs, e.g. that heavy weight training is inappropriate for runners, can get in the way of our progression in the sport. For trail runners, the varied terrain, climbs and descents present a significant muscular challenge, demanding a greater degree of muscular strength than other forms of running.

A significant factor in the age-related decline in endurance is related to loss of muscle mass after the age of 35. Fast-twitch muscle fibers are particularly affected, diminishing aerobic capacity, muscular strength and running economy. What’s more, distance running isn’t enough to stave off these changes. A 2013 study in the Journal of Strength and Conditioning Research found that running was not enough alone to preserve muscle strength. In one study, a group of older runners lost nearly five percent of their leg muscle strength per year during the five-year research period, despite maintaining their body fat and muscle size.

Muscular strength is also critical in preventing injury with aging. While these changes in muscular and endurance performance can’t be halted with strength training, they can be significantly slowed.

Distance running performance is largely dependent on three factors—aerobic capacity, lactate threshold and running economy. Much like the fuel economy of a car, running economy is the amount of energy required to sustain a given running pace. Improving your running economy results in the ability to run a faster pace for a longer period.

A 2008 study by Norwegian researchers found a five-percent increase in running economy when well-trained endurance runners combined strength training with running. Moreover, these runners did not experience an increase in bodyweight, a common fear among those who have hesitated to incorporate strength training.

2011 research in the Journal of Sport Science also suggests that heavy and explosive strength training improves sprinting ability at the end of the race more so than lighter weight “muscular-endurance” resistance training.

Heavy resistance training is defined by a resistance level that will lead to fatigue within four to six repetitions (think heavy leg press or lunges with dumbbells), while explosive weight training includes exercises such as jump squats and Olympic lifts.

Relatively lightweight resistance training is defined by a resistance level that will lead to fatigue within 15 to 20 repetitions, and traditionally thought to be more effective for endurance athletes.

With the high rate of injury found in runners, no single measure ensures orthopedic health. But while many overuse running injuries can be attributed to training factors such as increases in volume, intensity and duration of running, muscular strength of the hips, quads and lower legs can be a factor in preventing common overuse injuries. For example, hip strength, particularly the hip abductors, is important in the prevention of IT-band and kneecap injuries.

So, if you want to run stronger on trails, get past the propaganda and use strength training to your advantage.

Take these steps to get tougher on trails.

1. Be a beginner. Don’t try to pick up a training program where you left off a month/year/decade ago. Bones and tendons are just like muscles and get stronger in response to regular strength exercise.

2. Start slow. If you want to try more explosive training like plyometrics, Olympic lifting or CrossFit, start with a basic program to lay a foundation of strength and technique necessary for advanced training.

3. Aim low. When starting from scratch, trying to adhere to a seven-day-a-week exercise program at best invites burnout and at worst welcomes injury.  One or two sessions a week is often enough to increase muscular strength.

4. Don’t “work through the pain.” Small problems can end up being big problems if they are ignored or “patched up” for too long. Modify volume, intensity or exercise if pain becomes consistent.

6. Lift heavy (and sometimes light). There is a misconception that endurance athletes should stick solely to light weights and high repetitions. However, training with heavier weights and lower repetitions improves both muscular strength and running performance, in a much more efficient manner. Pennsylvania-based running coach and former collegiate runner Michael McKeeman says, “Distance runners get plenty of general endurance from all the mileage they run, so we emphasize training with heavier weights.”

7. You won’t bulk up. Runners who combine strength training with endurance exercise do not show the same gains in muscle size as those performing just strength training, because the time spent running usually  outweighs the time lifting weights, preventing significant increases in bulk.

Pump It Up: A strength-training routine for the trails

>Beginner: 1-2 sessions per week, 2-3 sets per exercise.  Start with higher repetition/lighter weight to learn the form and technique.

>Advanced: 2-3 sessions per week, 3-4 sets per exercise.  More experienced lifters can concentrate on lower repetition/higher weights in the 3-5 range to build strength and power.

Purpose: Explosive strength in quads, glutes, hamstrings
Technique: Bend at hip while maintaining straight back; reach back with hip; explode/jump and absorb into legs with landing, without pausing. Repeat.
Progression: Single-leg jumps

Could flywheel training be the key to getting stronger? Here’s the science.