Entering the Trail Runner Trophy Series is as easy as running a 5K. Literally. 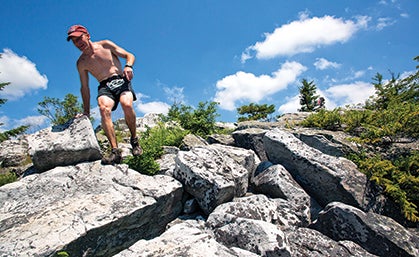 If you like trail racing and swag—and let’s be honest, who doesn’t?—the Trail Runner Trophy Series is for you.

All you have to do is participate in a Trophy Series race, and you’re automatically entered in the largest points-based series of trail races in North America, with 190 events in the U.S. and Canada between March and September. Participants can see how they fare against local and national competitors in regularly updated points standings, and share race photos with friends, family and fellow racers through an ongoing social-media campaign.

At the end of the year, winners in the various categories—age group winners, most races run, most race miles and marathon & longer—receive awesome prize packages from Trophy Series sponsors. Prizes this year will include trail-running shoes, apparel, accessories and the grand prize, registration in the 2016 Golden Ultra, including race registration, food and accommodations for this three-day stage race held in the mountains of Golden, British Columbia.

For more information on the Trophy Series: