(See the next page for current Trophy Series leaderboard standings.) 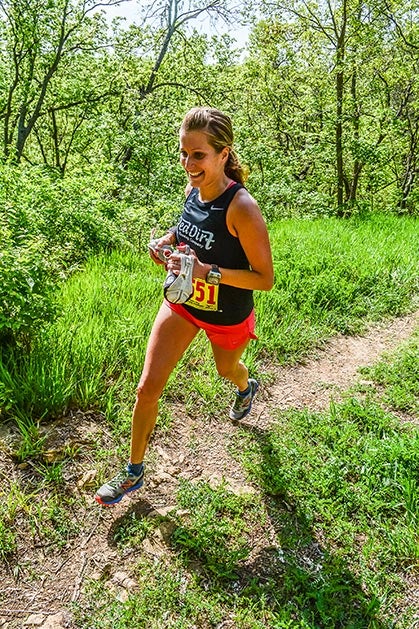 1. How did you get started trail running?
I started out as a marathon road runner. Then decided to race the Run Toto Run 20 miler in February of 2010. Prior to the race, I fully believed I could run it in 3 hours, as I was doing monthly marathons leading up to it. It ended up taking me over 4 hours and 20 minutes, and I was incredibly sore the next day. From that point on I craved trails. A year later I returned and ran my first 50K at that same race and became an ultrarunner.

2. What is your standard training week?
This year has been a little different for me. Due to the high number of races I’ve competed in, I’ve cut back my weekly training miles to around 30, with anywhere from 20-50 miles of biking per week. I also lift a couple days a week, simply to work on otherwise neglected muscle groups. I usually average 50-60 miles per week of running, which I will return to when my race season slows down.

3. Were you confident you could win the Kettle Moraine 100K?
I actually never knew I was winning until the finish. I slowed down in the heat of the day and assumed there were females in front of me. Upon reaching the finish line, the race director announced I was the first place 100K female. I actually stopped and told him that couldn’t be right. He told me to go ahead and cross the finish line and we could talk about it then.

4. What is your favorite distance to race?
My favorite is the 100K. I’ve learned to pace myself well for this distance and tend to stay strong to the end. I recover well from this distance too, which enables me to do multiple races at this distance fairly close together.

See here for complete standings, or check out the Trophy Series Calendar to find a race near you.