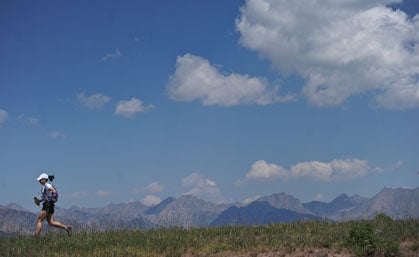 Today, the TransRockies Race Series announced the addition of a six-day solo category, RUN6, to the annual TransRockies Run, a six-day, 120-mile footrace from Buena Vista to Beaver Creek, Colorado. From its inception in 2007, the six-day event has been a two-person team trail running adventure. While a solo three-day event was added in 2010, running the entire course solo has never been an option for participants—until now.

“In the beginning it was believed that the 6 day migration of the Trail Strider could only be conquered in pairs,” proclaims a short (and amusing) YouTube video released today by TransRockies Events, “…that the obstacles were too great…the journey too arduous…the predators too fierce…too demanding to migrate alone. Not anymore.”

Say the event organizers, “While running with the right partner is magical, it can be challenging to find the right partner, and some runners simply prefer to go it alone. The addition of the RUN6 Solo opens the event to all runners enabling them to test their minds and bodies on an individual basis.”