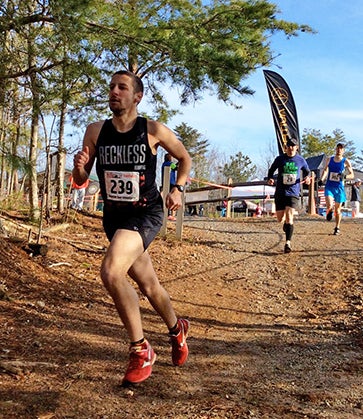 This past weekend featured a double header in the 2014 La Sportiva Mountain Cup, with races occurring in both Olympia, Washington, and Canton, Georgia. As a counterpart to the horrendous weather in Olympia’s Hillbilly Half Marathon, the Assault on Garland Mountain 9.6-miler in Canton saw clear skies and a forecast calling for highs in the upper 60s.

The race is put on by Mountain Goat Adventures, which host a number of trail runs, mountain-bike races and off-road duathlons.

Race director Lisa Randall added a fun, bonus element to the race by hiding four beach balls out on, or near, the course. Finding and returning a ball resulted in a free pair of La Sportiva shoes; unsurprisingly, all four beach balls were recovered by runners scrambling through creeks or down gullies keen on the scavenger hunt aspect of the race.