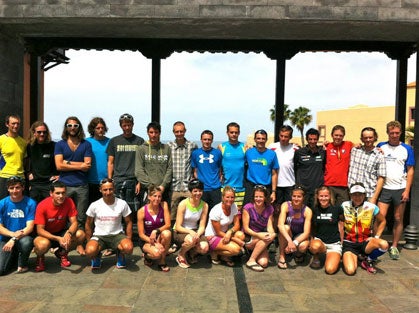 Photo by Bryon Powell/iRunFar.com – elite athletes line up for a photo a couple of days before the start

The Transvulcania 50 Mile will be held this Saturday (May 12) on La Palma in the Canary Islands. It is the first race in the International Skyrunning Federation’s (ISF’s) 2012 Ultra Skymarathon Series, and it might have one of the deepest fields ever assembled for an ultramarathon.

“It is going to be an incredibly hard race, maybe the hardest I’ve ever done,” says New Zealand’s Anna Frost, who was the first female at the 2011 The North Face (TNF) Endurance Challenge 50-Mile Championship in San Francisco. Frost is competing in the Skyrunner World Series this year. “The race will be long, hot, steep, cold, rough, smooth, high and low. That is the greatest thing about the event—there is a bit of everything.” 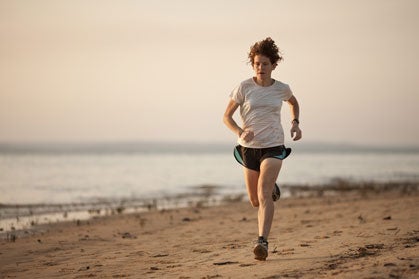 “I’m feeling healthy now and am psyched to race,” says Kimball, whose training was set back this winter due to hypothermia and frostbite sustained during the ski mountaineering season. “I no longer run as fast as I did from about 1998 to 2008, and I do not know how many world class performances my body has in it. However, I love the sport of trail running and want to visit as many race venues as I can while I can still run decently.”

“Both fields are stacked at Transvulcania,” Kimball continues. “Many top women will be there, but the men’s field looks very, very deep.”

Roes, whose last running race (thus excluding the 350-mile Iditarod in March) was at TNF 50 in December, says he is focusing on Hardrock in July and is approaching this weekend’s race primarily as a “training race.”

“I’d feel a lot more confident if I had two or three more weeks of solid training behind me, but I’ll make the best of what I have,” Roes wrote on his blog Tuesday. “It’s certainly going to take one of the best races of my life to be anywhere near the front of the pack in this one.”

Jornet will also have to contend with a host of fellow Europeans. Iker Karrera of Spain and Sebastien Chaigneau of France finished second and third respectively behind Jornet at UTMB last year, and will be on the starting line in La Palma Saturday.

Bryon Powell of iRunFar.com will be covering the race from Spain. You can find live updates on Twitter by following @iRunFar: http://twitter.com/irunfar.