Zen and the art of race directing

A few weeks before I left for Cool, California’s Way Too Cool 50K, a famous trail race … 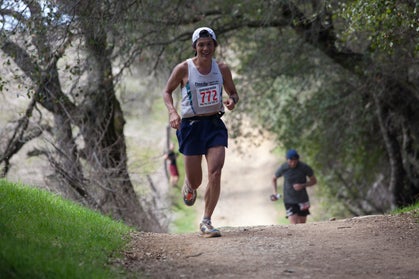 A runner cresting the final hill before the finish.

A few weeks before I left for Cool, California’s Way Too Cool 50K, a famous trail race with nearly 800 starters, I was rattling on about the predicted perfect weather, 98-percent singletrack course when my boyfriend, Jeremy, asked me what races he should add to his calendar. I had just enthusiastically listed a few California races when Jeremy said, “Why does everyone pay so much attention to California? The Midwest and East Coast have some really great races, too.”

True, they do. Growing up on the East Coast, I spent loads of time in the heart of the Appalachians and various green spaces between Kentucky and South Carolina. I adore the East Coast’s rolling mountains, the smells, the seasons and the humid forests. I love running up its rocky, technical and steep mountain trails.

But when it comes to trail running, California steals the spotlight—it is a trail-running Mecca jam-packed with trail runners. Radiating around the Marin Headlands, trails and trail races are endless. In fact, one could even argue that competitive trail running started here, in 1905, with the running of the first trail race in the United States, the Dispea.

In 1974 Gordy Ansleigh ran the entire Western States 100-Mile Endurance Run when it was still a horse race. According to most ultrarunners, Ansleigh founded U.S. competitive ultrarunning … in California.

I signed up to run the Way Too Cool 50K in January, because I wanted to escape our Colorado Rockies’ winter and get in an early season ultra to build endurance for the mountain-running season.

From the gun, I was flabbergasted at how incredibly cool the Way Too Cool was. No wonder 1200 people enter the lottery each year! Race director, Julie Fingar, should be applauded. (I suppose if you live in a state that has been putting on races for over 100 years, you must learn a thing or two).

Herewith, a list of ideas for directing a race like Julie Fingar and have it be better than awesome:

1. A blow-up start- and finish-arch with pump-up start and finish music. While you can have music without an arch, an arch without the music is pointless. Every time you run under a blow-up arch to pulsing tunes, you’ll feel like a champion.

2. Incredible volunteers. All volunteers are incredible, but Way Too Cool’s volunteers were outstanding. Since I decided to only carry a sprint-size water bottle, I was forced to linger at every aid station to drink, re-fill my bottle and blankly stare at the snacks and GUs that I had no desire to consume. The volunteers were constantly encouraging: “Get a move on!” “Good job! Now keep going!”

3. Live video feed. Your friends and family can watch and see you in your racing outfit (for better or for worse). Way Too Cool’s video feed captured the start, eight-mile mark and finish. Since I had traveled to the race solo, knowing that my friends and family were watching made me feel like they were on the course rooting me on.

4. Free post-race massage. The 15 minutes of muscle-flushing torture massage post-Cool worked miracles. I credit those amazing therapists from the therapists from Monsters of Massage Sports Massage for being able to put in a 75-mile training the following week. 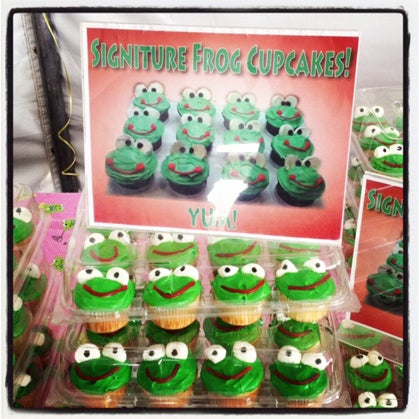 5. Post-race cupcakes. Cupcakes and ice cream have long been my favorite post-race treat. Unfortunately, after this 31.5-miler, I felt too sick to eat one. (After returning home, my roommate Gina reminded me how much I had talked about the cupcakes prior to leaving. “And you didn’t even eat one?” she screeched.)

6. A stellar venue. I stayed in Auburn—the Endurance Capital of the World—the night before and after the race. Steep streets were lined with galleries, boutiques and delicious-smelling restaurants. All that, with palm trees and pine trees, the town reminded me of Leadville, Colorado, and Asheville, North Carolina, all rolled into one.

On race day, when I drove the 15-minute commute to Cool, I drooled at the rolling foothills that dropped away into canyons. The moment I parked the car at the race start, I called Jeremy and Gina and exulted, “Oh. My. Gosh! Cool is soooo cool!”

7. A fantastic course. As an early season opener Way Too Cool had the perfect balance of climbs and descents, all mostly along pristine singletrack. Plus, I felt giddy with excitement as I tromped along the Western States trail, which encompassed a major chunk of the race.

8. A nearby brewery with craft beer. Nothing is better the night before and afternoon after a hard effort on trails than a cold glass of microbrew. I happily enjoyed the American River Pale Ale along with a gargantuan Cobb salad (twice) from the Auburn Ale House.

9. Organization. While some degree of mayhem is required (IMHO), there is a short list of musts a race should pay close attention to. These are: start on-time, time the race accurately, record the results accurately, stock the aid stations with enough water and fuel for all runners and mark the course well. 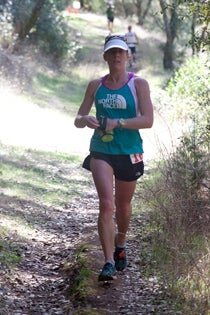