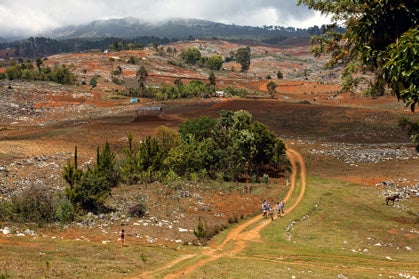 This article appeared in our July 2012 issue.

The goal of this year’s race was, quite simply, to see if such a run was possible. Next year’s race will give runners from around the world the opportunity to experience Haiti’s rich culture and beauty, as well as raise funds for medical projects related to nutrition and exercise.

Says one of the event organizers Jeanie Zelinski, a 30-year-old occupational therapist working in Haiti, “The number one killer in Haiti is stroke, while hypertension and diabetes mellitus are other leading causes of death.”

Olaf Schulz, 34, a runner from Memphis, Tennessee, and a friend of Zelinski’s who participated in the inaugural stage race, says, “I had heard much about the poverty, unemployment and hopelessness in Haiti, yet there is also a very vibrant culture, with an inventive people determined to survive and prosper. My calendar is blocked off next year, at the end of January, for another Haitian experience.”

Next year, runners and sponsors may donate to causes and programs such as the Clinique Saint Esprit (Holy Spirit Clinic), which focuses on preventive care for common diseases by providing exercise classes every week, hypertension and diabetes clinics, as well as a baby clinic, malnutrition program, vaccination program and fun runs.

“Running makes the world smaller,” says Zelinski. “When you’re running through Haiti you get to know the culture. We were running with children. I had women pick me up and hug me. Running helps you get to know your neighbor.” 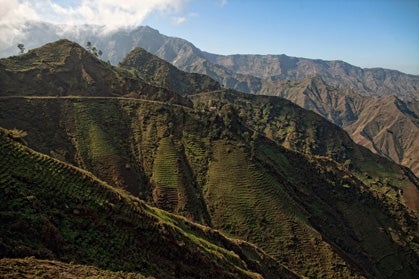 On day two, the trail snakes through 6000-foor mountains between the sleepy towns of Furcy and Seguin. Photo by Ben Depp. 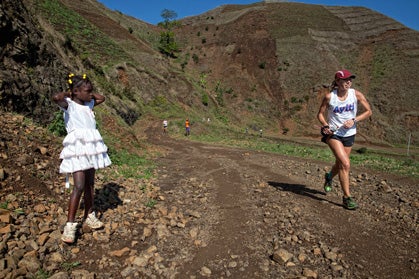 Jeanie Zelinski on day two, where the terrain was slick, steep and rocky, interspersed with a few stretches of smooth dirt road. Photo by Ben Depp. 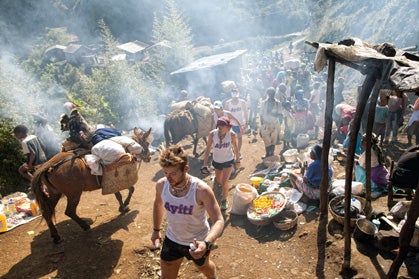 Day two’s 17.5-mile run ended with a spontaneous dance party at an elementary school in the mountains that Bell had been instrumental in building. Photo by Ben Depp. 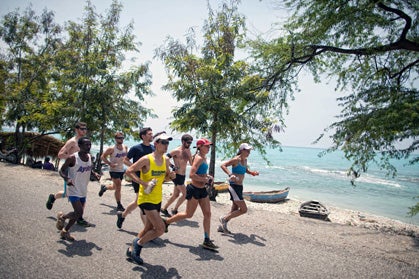 The pack nears the finish on day three accompanied by Astrel Clovis, 42, of Port-au-Prince, who ran, leading the pack, for most of three days. Photo by Ben Depp.

For more information about next year’s race, visit www.runhaiti.com.