Local runners take the White River 50; The Minnesota Voyageur is (mostly) back to normal; FKT attempts on both coasts 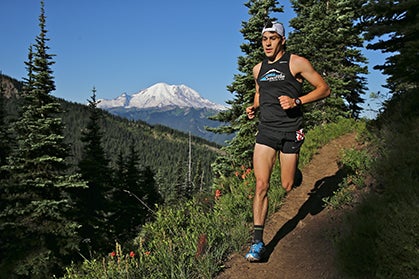 The White River 50 Mile (Crystal Mountain, Washington) quietly shaped up to be the weekend’s most competitive trail ultra, and Washington-based runners provided a home-state sweep for the iconic race that runs in the shadow of Mount Rainier.

Justin Houck of Mercer Island, Washington, bested a stout field that included Matt Flaherty of Bloomington, Indiana, and New Zealand’s Vajin Armstrong. Houck covered the iconic course, which sits in the shadow of Mount Rainier, in six hours, 26 minutes and 44 seconds, the third-fastest time ever. Meanwhile, Jodee Adams-Moore of Bellingham, Washington, won a nail-biter in the women’s race, finishing just 31 seconds ahead of runner-up Aliza Lapierre of Williston, Vermont, in 7:59:58.

Back in the Midwest, you may recognize the Minnesota Voyageur 50-miler as the race that served as Scott Jurek’s introduction to ultras. Founded in 1981, the latest edition of the race was this Saturday. The course has partially returned to its latest original form after floods ravaged Duluth and the surrounding hills in 2012, rendering key sections of the course unusable the last two years. 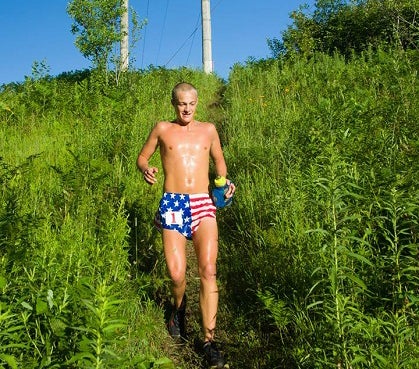 Michael Borst running under the powerlines at the Minnesota Voyagueur 50. Photo by Zach Pierce.

After four days and nine hours in the high, exposed, rugged terrain of California’s John Muir Trail, Jenn Shelton reached the Happy Isles trailhead in Yosemite National Park at about 4:30 PM Saturday. It was roughly 220 miles northbound from Whitney Portal, where she had started the journey with fellow Patagonia athlete Krissy Moehl.

The duo was chasing the trail’s fastest known time (FKT) of three days, 20 hours, set by Sue Johnston in 2009, according to Peter Bakwin’s FKT website. Moehl had to drop out partway through but Shelton persisted, claiming the trail’s second-fastest ever female time. The FKT attempt was supported, meaning Shelton and Moehl had access to a crew throughout the trek. The unsupported FKT for the John Muir Trail is six days, 11 hours and 35 minutes for women (held by Michelle Jung) and three days, 13 hours and 14 minutes overall (held by Brett Maune). Hal Koerner and Mike Wolfe set the overall supported FKT last summer in three days, 12 hours and 41 minutes.

In other FKT news, this week Karl Meltzer is back on the Appalachian Trail and hoping to shake a monkey off his back. In 2008, Meltzer attempted to set the FKT on the roughly 2,180-mile trail that runs from Maine to Georgia, but he fell short of the 47 days, 13 hours and 31 minutes that then stood as the record. (He still completed the trail but took several extra days.)

He is hoping to have better luck in 2014, though he now has a faster time to beat since Jennifer Pharr-Davis reset the mark (both for women and overall) at 46 days, 11 hours and 20 minutes in 2011. Meltzer’s run will be supported, as Pharr-Davis’s record was.  The self-supported FKT on the Appalachian Trail is thought to be 58 days, 9 hours and 40 minutes, set by Matt Kirk in 2013.

The notoriously rugged trail passes through 14 states and contains a cumulative elevation gain that, according to the Appalachian Trail Conservancy’s website, is equivalent to climbing Mount Everest 16 times.

In a World of FKTs, I Prefer to Go Slow. Really Slow.