A historic race up Silverton’s 13,066-foot Kendall Mountain that originated over a bar bet in 1908 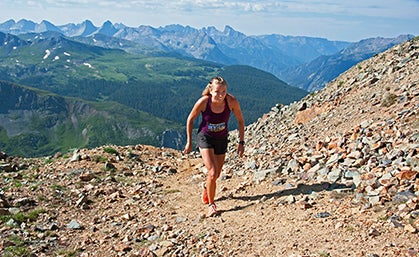 Kathryn Ross, 24, of Durango, Colorado, on her way to the women’s win at the 37th Kendall Mountain Run. Photo by Ray Dileo

On July 4 each year, the old mining town of Silverton, Colorado erupts with crowds for one of the biggest Fourth of July parades and fireworks shows in the state. The party continues as ultrarunners from all over the world descend on Silverton the following week in anticipation of the revered Hardrock Hundred Endurance Run.

Just days after Hardrock is over, though, Silverton returns to its quiet stasis, for the most part. A hardy few hundred runners, however, show up the following weekend each year to compete in the Kendall Mountain Run, a 12-mile race takes runners straight up Kendall, one of the four major peaks surrounding Silverton.

Originating over miner Neil McQuieg’s bar bet in 1908 over whether it was possible to run to Kendall Mountain’s 13,066-foot summit from town in an hour and a half (he lost the bet by a minute and 42 seconds), the Kendall Mountain Run was revived in the 1970s by local runners in the San Juans. It’s since been taken over by race directors Nick and Jamil Coury of Aravaipa Running, and this year, it joined the inaugural U.S. Skyrunner Series.

Here’s a short video from Aravaipa Running of this year’s race, which captures the majesty of Kendall Mountain and running in the San Juans: 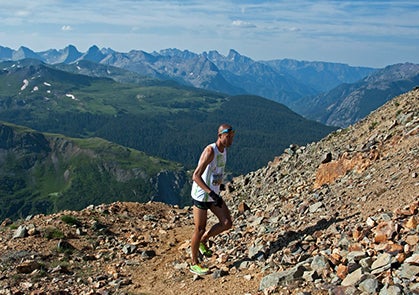 Next up in the U.S. Skyrunner Series is this weekend’s La Maratona Verticale Marathon and Vertical Kilometer at Copper Mountain, Colorado.