Imagine looking forward to a race for a whole year, training for it, tapering for it and traveling to it, only to learn that—contrary to everyone’s expectations—you won’t get in off the wait list.

It can happen at the Hardrock 100. And this year it did—to three-time champion and six-time finisher Darcy Piceu, no less.

She says it was exactly as hard as it sounds.

“It was a pretty deep sadness, I’m not going to lie,” says Piceu, 41, of Boulder, Colorado, who has three runner-up performances—one of those in 2015—in addition to her three wins.

“I put the training in, and I had a backup plan with a crew,” she continues. “I packed drop bags like I was going to run.”

Piceu understands her exclusion from Hardrock, which traverses the San Juan Mountains, starting and ending in Silverton, Colorado. (Trail Runner was a media partner of the race in 2016.) “Of course, I’m sad and bummed, but there are so many people who have been waiting to get in, who have been bummed not to get in plenty of times before,” she says.

The runner-up in the 2015 men’s race, Mike Foote, also applied unsuccessfully this year. Similarly, he says he accepts the race’s lottery process.

“Though I would have loved to race this year, I know that the only way to get into the race is through the lottery, or winning the previous year,” says Foote, 32, of Missoula, Montana. “Hardrock is a special event that makes each and every participant feel equal and like family. I believe the lottery is an extension of that ethos, and I fully respect that.”

Still, with more applicants and interest than ever in this bucket-list 100-miler, it’s worth looking at how the lottery works and what it says about Hardrock’s core philosophy. 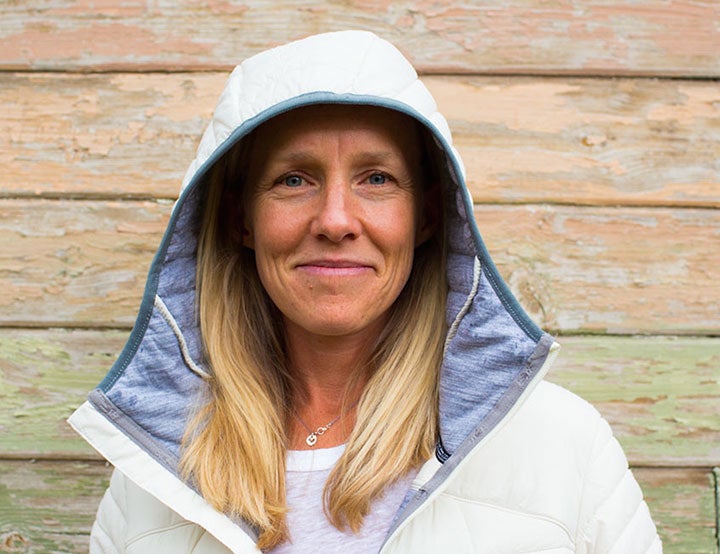 Unlike many top ultras, Hardrock has no separate entry system for elites, other than the two returning champs. Darcy Piceu, a three-time winner and three-time runner-up, didn’t make it off the wait list this year, contrary to expectations. Photo courtesy of Smartwool

So how does that lottery work—and is it working for the right people?

Unlike many top ultras, Hardrock has no separate entry system for elites, other than the two returning champs. Darcy Piceu, a three-time winner and three-time runner-up, didn’t make it off the wait list this year, contrary to expectations. Photo courtesy of Smartwool.

One hundred fifty-two spots are available for roughly 1,500 applicants. The only guaranteed entries are reserved for the men’s and women’s winners from the previous year; without a title to defend, Piceu had to cross her fingers like everyone else—sort of.

As a “veteran”—someone with five or more Hardrock finishes—she still had a better chance in the lottery than those hoping to run for the first time, or those with fewer than five finishes.

In the veterans’ lottery pool, 44 runners with five or more finishers vied for 35 spots, according to Blake Wood, Vice-President of the Hardrock Board of Directors and a 20-time finisher. Each runner’s number of tickets matched his or her number of finishes.

Another 70 spots were held for entrants with between one and four finishes, and only 47 for “never-ran” applicants. Those in this highly contested group get additional tickets in the lottery each year they apply and don’t get in, increasing their odds; they can also earn tickets by volunteering at the race and doing trail work.

(On August 27, Hardrock announced that it would lower the total number of runners slightly, from 152 to 145, with 33, 67 and 45 spots for veterans, one-to-four-time finishers and never-rans, respectively.)

The two winners’ entries are counted against whichever lottery pool those runners would have entered, based on their number of finishes.

“Hardrock strives to strike a mix between all three groups,” says Dale Garland, Hardrock’s race director. “‘Elite runners go through the lottery, same as everyone else.”

Each group also has its own wait list, so veterans who are wait-listed must hope for fellow veterans to drop in order to move up in line.

In addition, Hardrock’s website says the race has up to five discretionary entries each year, meaning organizers can add runners who did not get in through the lottery, “to correct perceived omissions in the lottery, such as a runner that has tried for many years to enter, or who has given exceptional service to the HRH, or that Hardrock thinks will bring added interest to the run.”

Those awarded a discretionary entry must have qualified for the race and applied for the lottery, and their names are not disclosed.

The Veterans’ Wait List: A Formality, Until This Year

While the one-to-four-finishes group has more available spots, the veterans’ pool has a much smaller group of applicants. Wood says this year’s 44 runners applying for 35 spots represented a typical veteran applicant pool, and that all of the veterans on the wait list typically get in.

So when Piceu found herself seventh of eight wait-listed runners, she didn’t think it was a reason to fret.

There was some movement, and she jumped to third in line. But she would remain there. With a month, then a week, to go, her position did not improve, and she realized she was probably not getting in.

“Everyone was very surprised, including [Garland],” Piceu says. “I guess I was part of history. Just not in a way I would have hoped.”

The Place of “Elites” at Hardrock

Late in 2015’s dramatic race, Anna Frost lost the lead she had held all day to Piceu before rallying to win. Piceu’s second-place time, 28:57:07, was a new personal best on the course.

“The fact that [Piceu] was left out of this year’s race, it just does not sit right,” says Fred Marmsater, 41, a photographer based in Boulder, Colorado, who has long covered the race (including for this magazine). “It left [Frost’s] most serious competitor for the women’s race out of the run. The women’s race was basically determined by the lottery.”

Many high-profile trail races, including the Western States 100, the Pikes Peak Marathon and the Ultra-Trail du Mont-Blanc, have separate entry systems for “elite” runners, in order to ensure strong competitive fields.

“At this point, there really isn’t much concern or interest on behalf of the Board of Directors or myself to make Hardrock the Super Bowl of 100-milers,” says Garland.

In addition to logistical reasons—and permit limitations—he points to the race’s identity. The “family” of long-time Hardrockers, who comprise much of the field and drive the race’s grassroots culture, is at least as important to the race as elite competition, Garland says.

“If we deepened the field of competitive runners, it would come at the expense of someone who may have been waiting years for their chance to run Hardrock,” he adds. “I don’t think that’s fair.”

Marmsater, by contrast, suggests that longtime veterans, rather than elite runners, are the ones crowding out first-timers.

“If you’ve [finished the race] ten times, maybe it’s time to let someone else have a go,” he says.

The men’s field was comparatively deep this year, given the small overall number of participants. Two-time defending champion Kilian Jornet of Spain dueled for nearly 23 hours with Jason Schlarb of Durango, Colorado; they wound up tying in the second-fastest time ever on the clockwise course.

On their tails in third was two-time Ultra-Trail du Mont-Blanc winner Xavier Thevenard of France, who shared the lead for much of the race. Fourth was Jeff Browning of Bend, Oregon, who had finished third at Western States in June.

Accordingly, Piceu’s single critique of the Hardrock lottery system was that it doesn’t do much to get more women on the starting line.

“I think the real desire, for me, is just wanting a bigger field of competition for women,” she says.

At this year’s race, only 16 of the 152 entrants were female—10.5 percent. “That’s pretty common [at Hardrock], and I wish there were a larger women’s field,” Piceu says.

In part, this is due to few women applicants—Garland says roughly 16 percent were female.

And, generally, more men than women participate in ultramarathons. A 2011 year-end review in Ultrarunning magazine put female participation in the sport at 27 percent. Similarly, UltraSignup.com found that, of those who used the site to sign up for ultras in 2013 and 2014, women accounted for 27 and 29 percent, respectively. Women comprised 22.5 percent of 2016 Western States 100 finishers and 18.8 percent of 2015 Leadville Trail 100 finishers.

That could mean fewer women have qualifiers that would allow them entry in the Hardrock lottery, or have the interest in running Hardrock in the first place.

“Of course, there are less women applying, but it has to be intimidating to even apply when you look at the start lists to see who’s running and see that there are only 16 women,” Piceu says.

She adds that she doesn’t have an exact solution in mind, but that keeping a pre-determined percentage of the field open for women’s entries could be a starting point.

“Based on the number of applicants, they could give 15 or 20 percent to women,” Piceu says.

“I think our number of women applications will continue to rise as women continue to experience success here,” Garland says, adding that holding a certain number of spots for women is contrary to the idea of an objective lottery – even if that lottery already favors certain non-gender factors, such as previous finishes or past volunteer work.

“I did do some anecdotal surveying, primarily with women, about this very question during this year’s run, and the general consensus among them was that they were not in favor of allocating or reserving spots for women,” Garland adds. “The women I asked thought that allocating or reserving a certain number of spots would be unfair to the whole idea of a true lottery, and if we were going to spend time ensuring that women were equally represented, our time was better spent to working toward getting more women to apply.”

“Some women I talk to are adamant about allocating a certain percentage of the field,” Piceu says, “but others say you have to let the lottery be what it is. It’s a slippery slope, and hard to argue with what the race stands for, that it’s authentic and everyone, no matter how fast or slow, is acknowledged.”

However the lottery evolves, one thing is certain—the allure of Hardrock will endure.

“I hardly ever keep coming back to the same race year after year, but this one keeps me coming back,” Piceu says. “The San Juans are a special place, and it feels like coming home to me.”