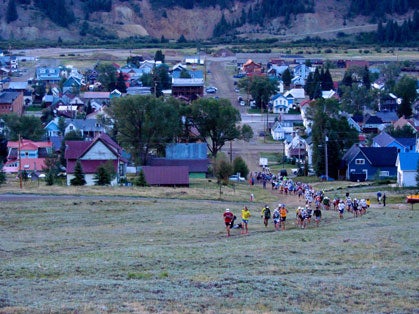 Hal Koerner can finally add the Hardrock Endurance Run to his extensive list of ultramarathon wins. The Ashland, Oregon, resident was not deterred by the race’s high altitude and unrelenting steepness, finishing the 100-mile course through the San Juan Mountains outside Silverton, Colorado, Saturday in 24:50:13 – the third-fastest time in course history.

“There are things you know you are capable of, but sometimes it takes special people, places and circumstances for that to happen,” Koerner says. “This year’s Hardrock 100 encompassed all that.”

Koerner, who won the Western States 100 in 2007 and 2009, had only attempted Hardrock once before—in 2005, when he placed third. He had recently notched wins at the Rocky Raccoon 100 Mile (February) and the Javelina “Jundred” 100 Mile (last November), but had posted disappointing results at the Chuckanut 50K in March (placing 16th), The North Face Endurance Challenge 50 Mile—San Francisco in December (placing 22nd) and the Ultra-Trail du Mont-Blanc in August (placing 372nd).

“I would like to say I surprised myself, but I was also out to surprise others as well,” he says. “I thought I built off some lessons I learned from 2005 and made all the difference. Going in well-rested, making concessions for the altitude, staying patient and making myself stay focused for 100 miles made the day come to me.” 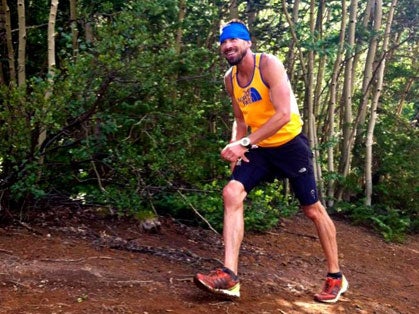 The women’s race was a saga of mixed emotions for winner Darcy Africa. On the one hand, Africa of Boulder, Colorado, shook off her runner-up status from her previous two finishes at Hardrock when she finished in 29:09:47; on the other, she knew defending champion Diana Finkel, who had won Hardrock each of the last four years, had to drop out for that to happen.

“Basically, I was in second for 24 hours,” says Africa, who also won the Bighorn 100 Mile in June. “Then I got into Maggie Gulch aid station, about mile 85, and [Finkel] pops out of the tent.”

Africa says Finkel had decided to drop when she developed symptoms similar to those that plagued her in the late stages of the 2010 race, where she won but soon thereafter landed in the hospital with life-threatening kidney failure (see “Pacing Diana,” June 2011, Issue 73, available online here).

“It was kind of bittersweet,” Africa says. “You never want to see anybody going through something like that … I think she made a really smart decision but it was definitely sad.”

Rhonda Claridge of Telluride, Colorado, employed a home-course advantage to finish second behind Africa in 32:52:53. Darla Askew of Bend, Oregon, finished third in 33:52.