Why you should run the McKenzie River Trail 50K 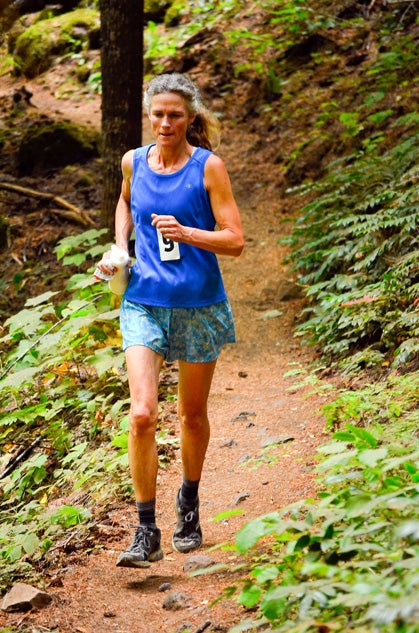 At the start, runners stand in a loose herd, arms hanging, shoulders rolling, exchanging greetings in muted voices. Then, the start gun stirs them to action. In the dawn’s grey mist 200 runners explode down a winding forest trail. In a trailside stream, wild trout rise to feed on fall caddis and, above, a Northern spotted owl sinks long talons into the bark of ancient cedar.

This is the McKenzie River 50K Trail Run (MRTR), part of the seven-race Oregon Trail Series. The oldest continuously presented ultra in Oregon, MRTR is celebrating 25 straight years in 2012. The race boasts a predominately downhill course with single- and doubletrack that climbs, plunges and scratches through the Willamette National Forest near McKenzie Bridge, Oregon, following the curves of the federally designated Wild and Scenic McKenzie River. 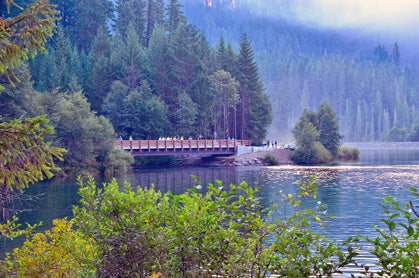 For miles black lava rock protrudes from the trail like Grendel’s broken teeth. 2008 and 2009 finisher Melissa Norland, 37, of Corvallis, Oregon, says, “The lava rock is my favorite section. You have to pay attention and watch your footing or you’re going to be digging rocks out of your skin.”

“The first half of the trail is covered in rocks and roots, but the second half is a rolling downhill that hugs the river,” says Scott Leonard, 43, also from Corvallis, Oregon. Leonard is an eight time MRTR runner and co-director of the McDonald Forest 50K, another race in the Oregon Trail Series.

“My best splits have always been in the last two sections, from the Deer Creek aid station on to the finish,” says Leonard. “It’s energizing to run beside the raging river.”

Craters, underground tunnels, fumaroles, submerged petrified forests and multi-tiered waterfalls pockmark the watershed, says Mark Humphreys, 51, of Eugene, Oregon, who ran the MRTR six times before taking over as one of the event’s three race directors in 2007.

At Clear Lake, where the McKenzie River originates, an ancient flooded forest stands petrified under crystal-clear water. Between Sahalie and Koosah falls, icy spray showers racers before the river disappears underground, remerging at mile 14 at the fabled Blue Pool, a basin of cool, cerulean water.

This year’s running of MRTR is scheduled for September 8, 2012. Registration opens April 1. With over 300 people vying for the coveted 200 spots, a lottery determines who races.

The Oregon Trail Series (www.oregontrailseries.org) is comprised of seven ultras. Aside from the McKenzie River Trail Run, the other six are:

Run around Hagg Lake in the north Willamette Valley over rolling hills mixed with flat stretches. It’s notoriously slippery, sloppy and muddy. Runners in the 25K complete one loop; 50Kers take it on twice. www.haggmud.com.

In Central Oregon, the course often features snow in the higher elevations. Only the 40-miler is part of the series, and dogs are welcome in the 20-mile race. www.gobroncobilly.com/rumble.

This one is mean, with 6700 feet of elevation gain. If you’re not climbing, you’re descending. www.oregontrailseries.org/mac.

An out-and-back on the Pacific Crest Trail in the Northern Oregon Cascades, this race is known for shade, soft footing and friendly volunteers.
www.mthood50.com.

A sufferfest with more than 11,000 feet of elevation gain and three 2000-foot-plus climbs. This race demands previous 100K experience.
www.waldo100k.org.