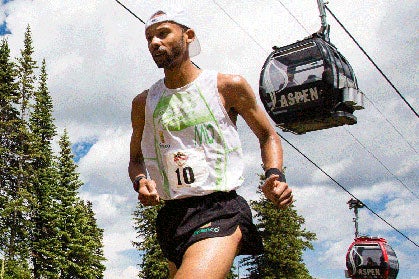 U.S. Mountain Running defending champion Joe Gray, 31, kicks it into gear at the Vertical K in Aspen on Saturday. Photo by Jeremy Swanson

Last weekend, July 18-19, runners descended on the high-profile mountain hamlet of Aspen, nestled in the Elk Mountains of central Colorado. While tourists nosed into Prada, Louis Vuitton and Gucci shops, trail runners battled with the spectacular, unforgiving mountains ringing town at the Audi Power of Four Trail Races, which offered Vertical K, 22K and 50K options. For the first time, the 50K event served as the U.S. Skyrunning Continental Championships for the Ultra distance, drawing a field of top national talent. Runners would also be vying for a chunk of the total prize purse of $5,000 for the three races.

“It was a great lung buster but with beautiful scenery at the peak,” says Gray. “[The Vertical K format] is something different and new in the U.S. It’s a fun event for runners who don’t want to run for hours.”

“I’m biased because I love grueling uphills, but I think the  Vertical K format is very appealing,” says Dobson. “‘VKs’ are a great option for power- and strength-based athletes who want a mountain challenge without the duration of an ultra.  VKs are also kind to the body since they lack the impact of downhills. I loved the course—it was extremely steep and non-technical, which allowed you to push 100 percent all out.” 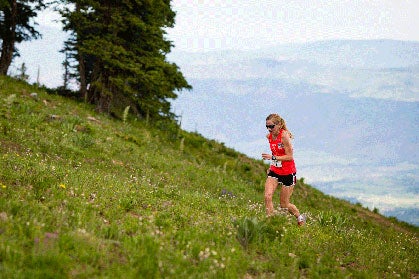 Kim Dobson en route to victory at the Vertical K in Aspen on Saturday. Photo by Jeremy Swanson 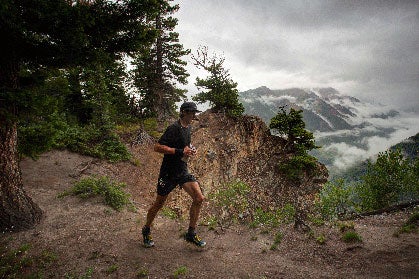 Paul Hamilton cruising in the The Audi Power of Four Trail Races 50K on Sunday. Photo by Jeremy Swanson

Local runner Max Taam led the field up the front and down the backside of Aspen Mountain, but then Paul Hamilton took over the lead on Aspen Highlands and never relinquished it, clocking a time of 5 hours 13 minutes. Josh Arthur (5:15), 28, of Boulder, Colorado, and Aspen native and Trail Runner contributing editor Rickey Gates (5:18), 34, now living in Madison, Wisconsin, rounded out the top three.

“I’ve grown up at the base of these mountains and to put it into an interconnected terrain experience was special to me,” says Gates. “Though the course was challenging, I’d really love to see it get even more challenging. I realize that getting permits to race on certain terrain—for example, Highland Bowl and The Cirque at Snowmass—is difficult but I think [adding those features] would elevate the race to a true classic. And the Skyrunning designation definitely brings a higher level of competition.

“It was a perfect day for a race—rain, mud and a little bit dreary. I got to run some trails that I’ve never been on before and chase down some serious competition … all in my backyard!” 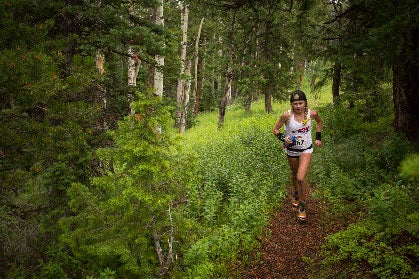 Nineteen-year-old Ashley Erba on pace to win the Audi Power of Four Trail Races 50K in under six hours. Photo by Jeremy Swanson

In the women’s race, a youthful up-and-comer, Ashley Erba, 19, of Boulder, Colorado, took an early lead and held on for the win in 5 hours 53 minutes, while Anna Mae Flynn (6:11) and Reese Ruland (6:27), 27, of Denver, Colorado, placed second and third, respectively.