After a controversial 2013 Leadville Trail 100, Lifetime Fitness said they’d drastically improve this year’s race. Did they make good on their promise? 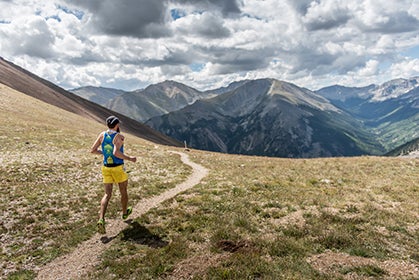 Last year, I ran the Leadville Trail 100 (LT100) and wrote a story for Trail Runner called, “Saving Leadville: The growing pains of Colorado’s legendary ‘Race Across the Sky.’” In it, I tried to offer a balanced perspective on what happened at last year’s race, including challenges wrought by an unprecedented number of runners on the course.

This year, I returned not as a full LT100 runner, but to pace a friend running Leadville for his third time. I was eager to see whether the improvements that race director Josh Colley and race organizing company Lifetime Fitness had promised actually came to fruition.

Here are five major changes I noticed at Leadville this year, as well as one thing that didn’t change at all.

Last year, based on a 30-year history of no-show percentages, the race admitted 1,200 runners. 943 of them showed up to toe the start line, a higher percentage than expected. The race’s Forest Service permit allows for only 850 runners.

I spoke with race director Josh Colley, a Leadville resident himself, after last year’s race. He said, “The numbers were over the top. We were out there with everyone else, and I’m pretty convinced after seeing the course this year, we’ll keep numbers closer to 750 next year.”

Colley kept to his word, and then some: this year, 856 runners were admitted, with fewer than 700 starting—fewer than in 2013 or even in 2012, when 795 started. This change alone made a tremendous difference. For runners, it meant a little more solitude here and there during the race, less of what I described last year as a “shuffling conga line” and a far more manageable time getting supplies and drop bags at aid stations.

Last year, Colley told me, “I want our aid to be the best in the industry.”

This year, Lifetime brought on many more, and better informed, volunteers to man aid stations. My pacing gig sent me through the aid stations at Twin Lakes, Half Pipe, Treeline (not an aid station, but a crew-accessible area manned by wonderful volunteers from the Ski Cooper Ski Patrol) and Outward Bound. Each one resembled a well-oiled machine—enthusiastic, unstressed volunteers cheering in runners, fetching drop bags at lightning speed, filling bottles and simply being available to runners in need.

Food, water and other supplies were ample—including the one luxury I most regretted the lack of (at least for back-of-the-pack runners) last year: coffee.

Some of the best aid in the industry? Mission accomplished, Colley. 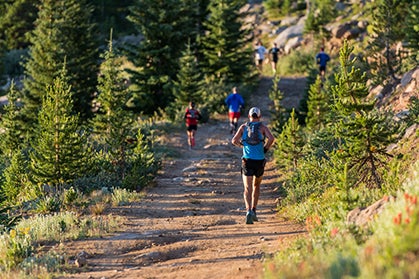 One of the greatest disappointments last year was something Lifetime Fitness had minimal control over to begin with. Trash, ranging from gel wrappers to wads of toilet paper to half-eaten sandwiches, was strewn all over the race course. Despite Colley’s plea to runners at the pre-race meeting to not litter, he later described the 2013 post-race cleanup to me as “endless trash duty … just days of picking up thousands of wrappers.”

This year, runners must have gotten the memo, for I didn’t see a single piece of trash on the ground during my pacing stretch from Twin Lakes to Outward Bound. On Lifetime’s part, it helped that they added an impressive amount of trash and compost receptacles throughout the course and at aid stations, crew areas and the finish line.

Kudos to everyone for stepping up to the plate and being better stewards of the mountains this year.

4. Minimal overlaps between cars and runners.

Last year, several aid stations—namely, Winfield and Outward Bound—had runners sharing the course, at times, for up to a mile or two with crew cars trying to access the same aid stations.

This year, crew cars were corralled to stretches of road far enough away from the actual race course and any runners that this was not an issue. At Outward Bound, cars were directed off the road and into an oversized grassy lot away from the aid station itself. Meanwhile, runners arrived through a cow pasture, off the road entirely and passing through a clear, supremely well-organized chute between the aid station itself and the crew-accessible area.

At Winfield, cars were not permitted to drive to the aid station after a certain time and were better directed on parking farther down the road. This change both reduced traffic jams for crews and, for runners, eliminated much of the chaos, car exhaust, dust and danger of being hit by a car that plagued them at Winfield last year.

5. Everyone was in a better mood.

This is based more on my own anecdotal observations than anything objective and quantifiable, but people—runners, crews and volunteers alike—just seemed to enjoy themselves a lot more this year. Last year, I was shocked at the level of tension between runners, manifested by swearing, thrown elbows, rude comments and very little of the familiar, fun-loving camaraderie that drew most of us into this sport in the first place.

This year was a different story. Crews seemed more relaxed. And, even amidst their exhaustion, the runners that my racer and I leapfrogged with all night cheered one another on, offering high fives and pats on the back as they passed one another. They joked, they sang, they laughed and, ultimately, they brought each other back to the streets of Leadville where their grand adventure had begun.

The Leadville Race Series Facebook page, flooded with complaints this time last year, is already flowing this year with raves and gratitude. To Lifetime Fitness, I, too, say thank you for listening to your audience and working hard to instill so many positive changes.

One Thing That Stayed the Same

When I interviewed Garett Graubins, a five-time Leadville finisher, for my story last year, he told me, “What never gets old is the magic of being at the finish line for the final two hours. You can take the emotions and inspiration of those two hours, bottle them up and tap into them for the next year.”

That magic was still in full bloom last year, and this year was no different. After catching a few hours of sleep in my car after finishing my pacing gig, I drove back into town, picked up a breakfast burrito at City on a Hill coffeeshop and plunked down two blocks from the finish line to cheer on the last runners.

With 10 minutes to go before the shotgun went off at 10 a.m. on Sunday, signifying the official end to the 2014 Leadville Trail 100, a slightly hunched figure appeared on the horizon, making slow but steady progress up 6th Street. The crowd lined both sides of the street, and included Leadville locals, families, volunteers, crews and runners ranging from those who’d just finished to Rob Krar, who’d won the race nearly 14 hours earlier and came back to cheer on the final finishers.

Race co-founder Ken Chlouber took over the finish-line microphone. “There’s still time!” he roared, his voice booming through the streets of Leadville. “Make some noise and let’s bring this runner home!”

The sunlight glinted off the runner’s glasses as he drew nearer to the finish line. The crowd erupted as many began to recognize the figure in the black T-shirt and shorts: 63-year-old Tom Green of Columbia, Maryland.

Twenty-eight years ago, Green was the first person to ever complete the Grand Slam of Ultrarunning. This year, he’s chasing the Grand Slam again, having already finished June’s Western States 100 (in 29:57, two and a half minutes before the cutoff) and July’s Vermont 100 in 28:38.

At 9:56 a.m., spurred on by the cheers of thousands, Green crossed the finish line of the Leadville Trail 100 and fell into an elated, exhausted embrace with his crew.

“Every time I go to Leadville, I try to cheer for everyone who finishes between 9 and 10,” Travis Macy, last year’s Leadman champion, told me last year. “Those runners have battled more. They’re bent over and beat, but they’re still finishing. Everyone’s going nuts, and that’s the best part of the whole thing. Those are the people who this race is all about.”