Between the course, the weather, and the competition, the Ultra-Trail du Mont-Blanc is always going to be epic. 2014 was no different. 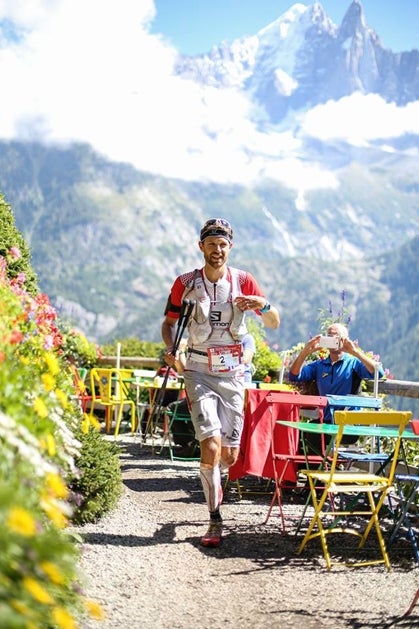 Francois D’Haene nears the finish of a dominating performance at UTMB 2014. Photo by iRunFar/Kirsten Kortebein

Friday evening, hordes of runners set off down the cobblestone streets of Chamonix, France, to run around Mount Blanc in the 166K Ultra-Trail du Mont-Blanc. The circumnavigation, which takes runners through three countries and through the night, is something of an instant classic and always captures the attention of the ultrarunning world. Here is what we saw in the 2014 edition.

1. Francois D’Haene put on a clinic

If there were any doubts that Francois D’Haene is one of the best ultrarunners in the world, they were surely put to rest as UTMB unfolded over the weekend. The Frenchman led the race from the gun, which is remarkable given the race usually begins at a breakneck pace, and never relinquished his spot at the front. After a decisive move late in the race, he ran the late stages alone to win by almost 44 minutes in 21:11:44. It was over 23 minutes under Xavier Thevenar’s course record, set last year.

In other words, D’Haene was head and shoulders the best runner in one of the hardest and most competitive races of the year.

2. Rory Bosio was not a flash in the pan

When Rory Bosio demolished the course record and won by over two hours at UTMB last year, at the age of 29, it was a remarkable but unusually dominant result for the runner from Soda Springs, California. Was it a rare day when everything came together? Was she particularly well-suited for the UTMB course? Or did she focus all of her efforts and training on this one race – and totally nail it?

This weekend we got our answer when Bosio did it again. She had more of a race on her hands this year as Nathalie Mauclair and Nuria Picas were ahead of her for the early goings, but still pulled ahead and seemed only to get stronger as the race went on, eventually finishing in 23:23:20, over an hour and a half ahead of Picas (who finished second) and over two hours of Mauclair (who finished third).

This weekend, Bosio’s legend at UTMB was solidified, and we can only imagine what a win next year might add to it.

3. Poor weather is simply a fixture at UTMB 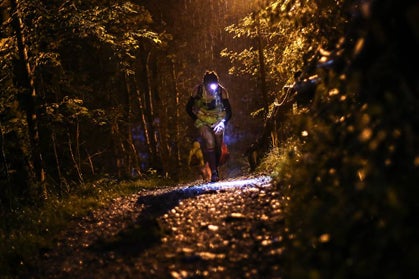 Runners had to deal with one of UTMB’s signature downpours overnight. Photo by iRunFar/Kirsten Kortebein

It’s easy to forget, with some of the blue-skied alpine vistas in race photos from early Saturday, that this race started in a downpour that soaked runners and spectators alike to the bone and made a challenging course even tougher.

This hardly makes the 2014 edition unique; in addition to the 2010 and 2012 editions, which were altered due to weather, pre-race downpours are standard fare at UTMB. That’s what you get with an afternoon start in a mountain town, exacerbated by the fact that August is typically the heaviest rainfall month in Chamonix.

The point is that UTMB is no ordinary 100-miler. It’s not even an ordinary extremely challenging 100-miler. Take one of the toughest courses in the world, with one of the most talented fields in ultrarunning, and add adverse weather and a start time that guarantees you’ll run through the night, and it starts to make sense that seemingly anything can happen at this race – just ask the American men.

4. Success at UTMB is still (mostly) elusive for American men

Online chatter indicated a lot of hope that 2014 could be the year that an American man or two made the podium at a full-length UTMB.

They seemed due. Montana’s Mike Foote was third on a weather-shortened course in 2012 and was fifth last year; Oregon’s Timothy Olson was fourth in 2013 and had the closing speed to mop up the carnage of UTMB’s quick early pace; Colorado’s Anton Krupicka led the 2013 race before dropping due to injury, but seemed to be healthy, even skipping July’s Speedgoat 50K to make sure he was firing on all cylinders in Chamonix. Moreover, Dakota Jones was poised for a big race but had been undone by a sprained ankle at Hardrock this summer and the flu at TNF 50 San Francisco last December, both races where he’d been runner up previously and was “due” for a win – surely he’d be hungry.

But it wasn’t to be. Olson and Jones seemed to struggle from the outset, never contending for a spot with the lead pack, while Krupicka tailed the leaders closely for a while before his race unraveled with stomach issues. Foote started out looking strong with a good position in the top ten, but fell apart and slipped further and further back in the pack before eventually dropping out. It seems success at UTMB remains an elusive white whale for American male runners, at least for another year.

One bright spot for the American men’s contingent was Jason Schlarb, 36, of Missoula, Montana, who hung way behind the frantic early pace and navigated the carnage to finish fourth in 21:39:44.

5. UTMB is the pinnacle of trail- and ultrarunning culture 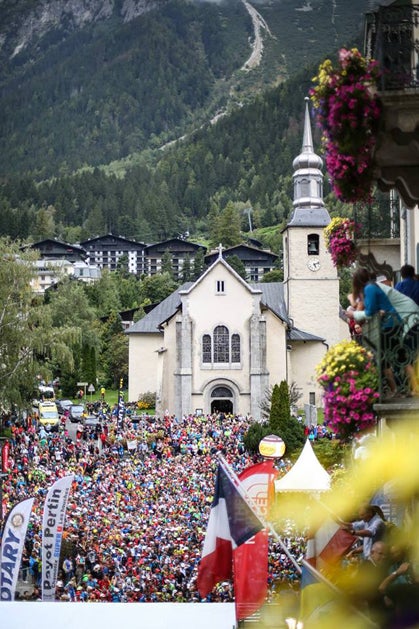 Chamonix teeming with excitement before the start of the 2014 UTMB. Photo by iRunFar/Kirsten Kortebein

UTMB is a beautiful and challenging course, to be sure. But the experience of running it goes beyond scenery or notoriety. The race is the ultimate celebration of trail-running culture and it starts and finishes in perhaps Europe’s most mountain-culture-frenzied town. The massive support by a crowd extremely knowledgeable about the sport, even with the aforementioned weather conditions, pretty much says it all.

In other words, UTMB is simply a special experience, and we can’t wait for next year.

Complete results of UTMB 2014 can be found here.