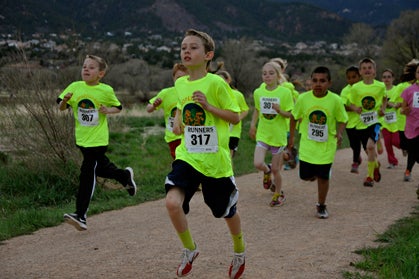 A race in the Kokopelli Kids Trail Running Series. Photo by Laurie Edwards.

Lots of trail races offer free—and free-for-all—kids’ races on the side of the main event. It’s a great way to make your weekend excursion a whole-family affair, as well as to introduce the happy, healthy trail-running lifestyle to the next generation.

But some kids’ events go above and beyond, with all the trappings of a grown-up race, including instructional clinics, multiple race distances and valuable prizes.

Here are four kids’ trail races—or race series—that caught our attention. Which others would you add to the list? Let us know in the comments below. 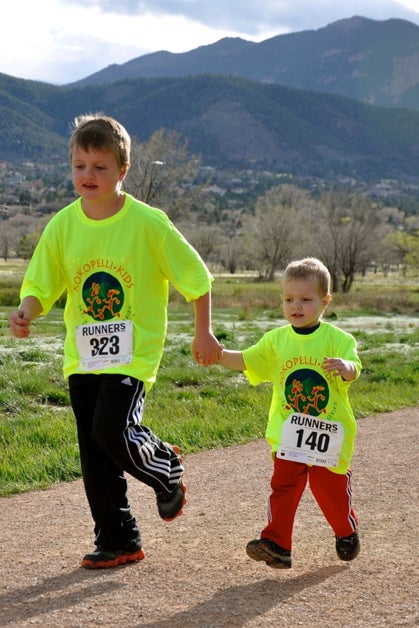 Several years ago, Lisa Rainsberger and her friend entered their kids in a kids-only trail race. Rainsberger, who won the 1985 Boston Marathon, said the poorly organized event left her kids with a negative impression of the sport.

“They said ‘well, that was stupid, and we’re not doing that again,’” she says.

Determined to instill a proper love of trail running in them and other kids in and around her hometown of Colorado Springs, Rainsberger, now 53, founded the Kokopelli Kids Trail Series—named, not incidentally, after the Native American fertility deity—which features three races as well as a clinic for kids (and parents) who are new to trail running.

“We said, we’re going to do this right and give kids all the bells and whistles of a real race,” says Rainsberger, whose series now has over 300 kids participating. “A t-shirt, a bib number, awards and so on.” Kids run different distances based on their age, with younger runners running as short as a half mile and older runners running up to 1.7 miles.

Rainsberger says Kokopelli is slated to add a summer trail-race series in addition to the current lineup in May. 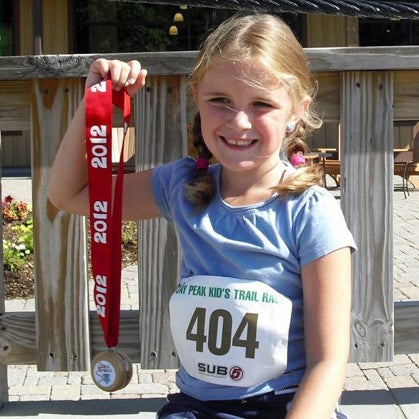 Trail-running mothers and fathers don’t have to feel guilty about spending their weekend racing at September’s Jay Peak Trail Running Festival, which includes a 50K, a 25K and three 5Ks: kids up to age 11 have their very own event.

Billed as “an all out REAL kids trail race for all ages (up to age 11)” by the event website, the Jay Peak Kids’ Race offers distances based on participants’ ages, with older kids running longer. Sticker stations along the way serve as turnaround points for kids of different ages: a five-year-old runner will run to the fifth sticker station, collect stickers as proof, then turn around. The longest distance is 2.62 miles, and kids are welcome to run longer than their designated sticker station if they please. Sixty-nine kids participated in the Festival’s third year in 2014.

A step up from kids’ “races” that feature minimal organization, for $15 Jay Peak offers kids a starting horn, finish-line tape and water stop, all on real trails. “It was a huge success last year and is already on its way to being larger [this year],” says Chris Bernier, 41, of Rindge, New Hampshire, who with his wife co-directs the festival. 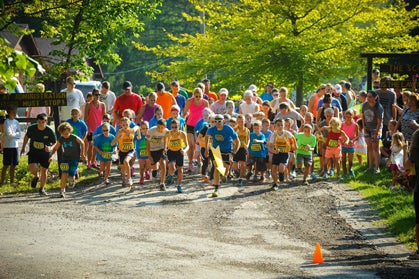 When: April, September and October

Western Reserve’s Dirty Trail Race Series offers 11 races ranging from a two-miler to a half marathon; three are accompanied by one-mile kids’ races, which the organizers bill as “the cure for too much screen time.”

Swag varies—the Baby Bird 1 Mile (in conjunction with April’s Dirty Bird 15K and 5K in Wooster) promises a race t-shirt, and participants in the October Little Stream 1 Mile (in conjunction with the Chippewa Creek Challenge in Brecksville) received squirt guns, which doubled as cooling agents for passing half-marathoners. Two series races, including the Chippewa Creek Challenge/Little Stream 1 Mile, serve as fundraisers for the area’s Metroparks.

In 2014 the series also partnered with local running store Vertical Runner for an eight-week kids’ trail-running camp, where participants aged 7-14 trained for a two-mile trail run and learned about trail tips and safety. 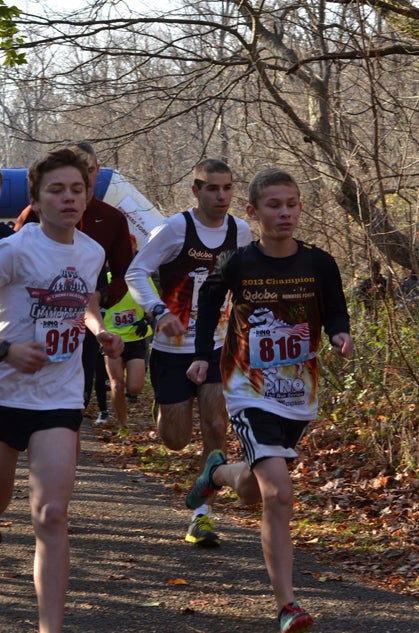 When: March through November

In 2015, the seven DINO (short for Do INdiana Off-road) Trail Run Series races will offer free quarter- to half-mile races for kids up to age 12; while results aren’t kept, each race entry earns participants an entry in a drawing for an educational savings account, courtesy of a local financial advisor’s donation.

For young racers—even those 12 and under—who feel more ambitious, the standard 5K race is open to all comers, with divisions for runners ages 0-9 and 10-12.

“We hope this free race will get the younger ones excited about trail running,” says DINO Director Brian Holzhausen, 43, of McCordsville, Indiana. “I am sure that, especially at first, the kids that do it will be children of someone running our 5K or 15K. However, the hope is that we can attract some new families eventually.”

More Prize Money Is Flowing Into Trail Running. What Does That Mean for the Sport?

Here’s What We Loved about Trail Running in 2022