Beautiful courses that won’t take you all day to run! 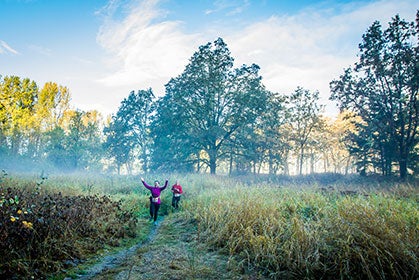 Ultras, schmultras … let’s talk about some terrific shorter-distance races that we’d love to run this fall. Here are 15 favorites across the United States that spotlight this season’s brilliant, changing leaves and the equally colorful trail-running communities who put on these races. Quirky prizes, costume contests, seasonal brews and ciders at finish lines, moonlight runs and plenty of mud—come celebrate autumn on the trails!

Note: This article was originally published on trailrunnermag.com in September 2013. We’ve since a few small updates to the piece, including replacing canceled races and updating the dates for 2015. Some of these races may already be sold out – but hey, there’s always next year!

This race might win both the award for Punniest Event Name and Best Awards Ever. Focused on giving racers a “uniquely arboreal experience,” the Games take place in stunning Michigan woods peaking in fall colors. Finishers will receive beautiful medals crafted out of local wood and branded on-site. Top-three finishers will also receive chainsaw-carved wooden trophies. There are accompanying marathon- and 50-mile distance races, with ultra finishers earning a hand-crafted hiking stick. 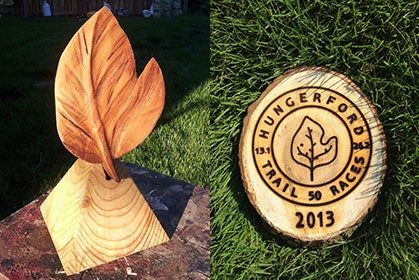 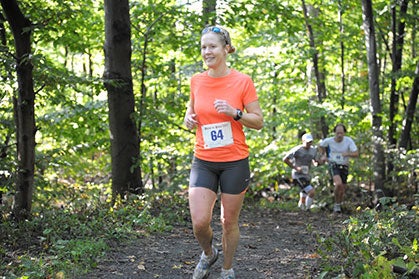 Just 40 minutes from New York City, this unique half marathon is almost entirely on dirt, beginning and finishing on Thomas Paine’s former farm. The large, single-loop format proffers gorgeous, new views at every bend in the trail. It has just enough hills, rocks and roots to add about one minute per mile to your road half-marathon, making it great for both long time trail runners and rookies alike. Keep an eye out for wildlife such as deer, fox, coyote, hawks, owls and wild turkey. Chip timing, age group awards, “the best medals I’ve seen” (in the words of a 2012 runner), an Olympic-style finish at the local high school track, bagels, smoothies and other goodies at the finish! 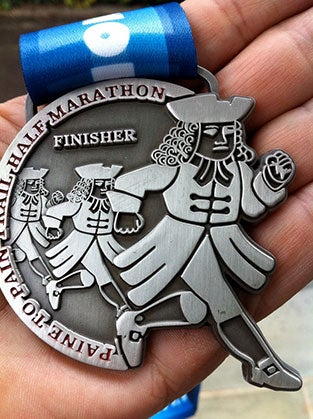 You know you want one. 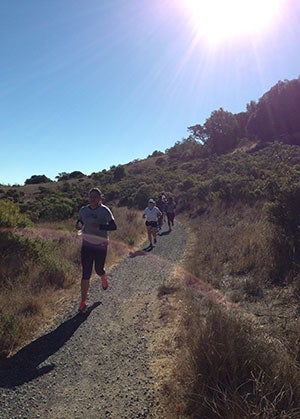 Preview run on the course. Photo by Matt Forsman

Organized by the fine folks at Sasquatch Racing—whose stated mission is to “create fun, quirky, offbeat, and mysterious running events that attract an eclectic mix of runners, revelers, urban legends, and everyone/everything in between”—the Honey Badger Half, 10K and 5K is sure to be a romping good time. Runners can enjoy strategically positioned honey badgers—costumed ones, we assume, not actually the vicious creature of YouTube fame—along the course to cheer them on. Race director Matt Forsman says one of the goals of Sasquatch Racing is to “inject some ‘road race’ panache and flair” into the trail world, reducing the intimidation factor by keeping things goofy and fun. All half marathoners will receive special honey badger medals that double as bottle openers. Says Forsman, “This will come in handy [for the] Red Hook beer at the conclusion of the race.” 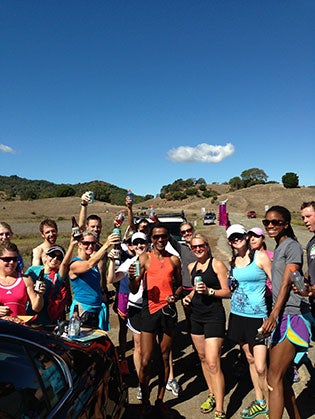 Those who came out for the preview run enjoy some post-run brewskis. Photo by Matt Forsman

A Ft. Steilacoom runner celebrates the majesty of this park. Photo by Steve Sanders.

Put on by a beloved local racing company, Evergreen Trail Runs, the Ft. Steilacoom Trail Runs offer a little something for everyone. The race takes place on rolling terrain through fields, forests, grasslands and lakes, in an urban park with historical significance in the settling of the Washington Territory in the 1800s. In addition to the shorter distances, there is also a full marathon and 50K course. Race director Roger Michel says, “Last year we had a family that came to the race that had their youngest daughter do the 5K, the older one the half marathon, the mother the marathon and the dad the 50K, so it’s pretty ideal for families that don’t necessarily run the same distances or speed but they can all have their fun!” 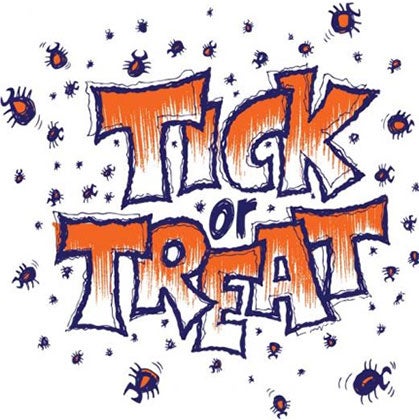 “Spooky surprises await!” promises the website for this Halloween-themed evening 5K, put on by the Kansas-City-area Trail Nerds running group. Expect plenty of Halloween decorations, ranging from skeletons to spiders to jack-o-lanterns, along the heavily-wooded course at Wyandotte Country Lake Park. With spooky glowstick trail marking and a costume contest, this family-friendly race (with low entry fees) promises all participants a commemorative winter hat, logo mug and candy at the finish line. Don’t forget your headlamp! 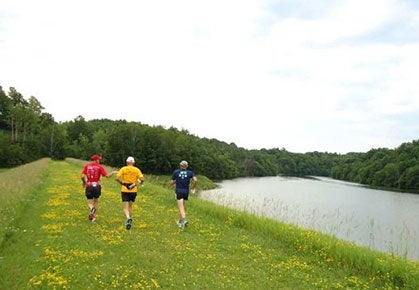 With Halloween around the corner, this festive, family-friendly run offers a variety of distances and challenges on grassy prairie trails and forested singletrack. Beautiful lake views and vistas abound. Costumes are welcome, the long-sleeve race shirts are stellar (in the words of race director Bob Heise, “I have competed in a lot of races and have an entire closet full of event shirts, but, in my opinion, this might be the coolest shirt I may ever own”) and winners receive homemade baked goods and jams. What’s not to love? 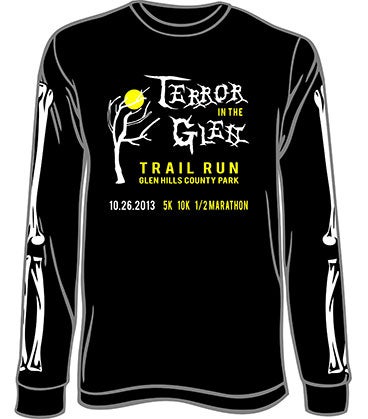 This women’s trail half marathon in beautiful Sisters, Oregon course is mostly downhill, winding through singletrack dirt trails, rolling hills and forested parts of the Peterson Ridge trail system. Among the race weekend festivities are a women’s expo, party at the Three Creeks Brewery and Sisters Stoll through downtown Sisters. Winners receive a night’s stay at the Five Pine Lodge, a one-hour massage at Shibui Spa and dinner for two at Three Creeks Brewery. The race has sold out the last two years, so sign up early. 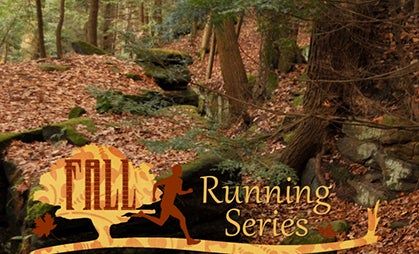 Need an excuse to get out during the week (every week!) throughout the month of October for a series of fun evening races? Look no further. These 3- to 6-mile events are runner- and walker-friendly, with surprise themes to each one announced just before the start (i.e. as the website states, “You don’t have to be the fastest to win!”) The Oct. 29 “Halloween Run” starts at 8 p.m., so bring a flashlight or headlamp. Age-group awards are offered in five-year increments, and the entire series supports the Conservancy for Cuyahoga Valley National Park.

The Moab Trail Marathon, Half Marathon, 5K and Kid’s K take place in Moab’s spectacular Kane Creek Canyon, where singletrack trails and slickrock routes go up, down and between the area’s imposing golden-red canyon walls, with views of the Colorado River.

The Moab Trail Marathon, which served as 2014’s USA Trail Marathon Championship, draws a competitive field, but that doesn’t mean it’s a speedy race. The well-marked course gets technical enough in places to be roped, so forget about your marathon PR and enjoy the view. 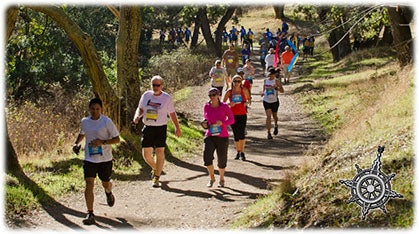 Put on by a partnership between Brazen Racing and Save Mount Diablo, an organization devoted to preserving open spaces on Mount Diablo and the surrounding foothills, the Diablo Trail Adventure races and family hike offer everyone from first-time trail runners to seasoned trail veterans the opportunity to enjoy these challenging courses. All race distances may include mud or creek crossings. Walkers, hikers and runners all welcome, with custom finisher medals and cotton or tech tees for all, and a plethora of age-group awards. 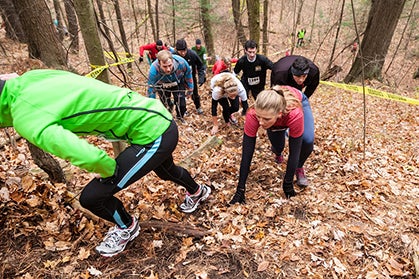 “3 dirty trail systems, 2 dueling courses, 1 tough decision,” says the Dirty Duel website. All runners begin together, then arrive at a fork in the first 100 yards and must decide which course to tackle—the “Long and Difficult 6K,” which takes place on lightning-fast singletrack, or the “Short and You’ve Gotta Be Kidding Me 5K,” which is packed with challenging sand dunes, corn fields and off-trail scrambling. Says race director Mark VanTongeren, “Man-made obstacles get all the media attention these days but we want to demonstrate that trail running can offer natural obstacles superior to man-made versions.” Runners celebrate at the finish with homemade donuts and apple cider from the race course host, Robinette’s Apple Haus and Winery. 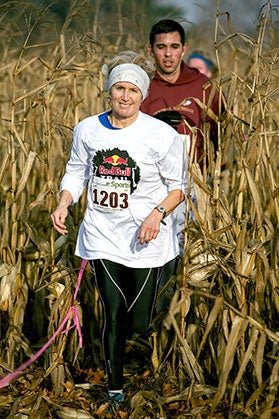 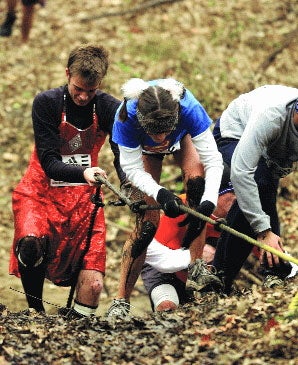 Now in its 37th year, the biggest cross-country race in North America promises to challenge its runners on “the world’s richest farm land as you wade through creeks, dodge farm animals and claw your way to the top of gullies with 7500 (limit) other runners of questionable senses.” Crazy costumes abound on the supremely muddy course, complete with icy creek crossings and, in true Iowa style, heaps of cow manure. At the finish line, hot food and door prizes await. The terse FAQ section on the website features just five questions: “Will it be cold? Probably! Will I get wet? Probably! Will I get dirty? Probably! Do I need gloves? Yes! How far is it? 7 miles.” ‘Nuff said. 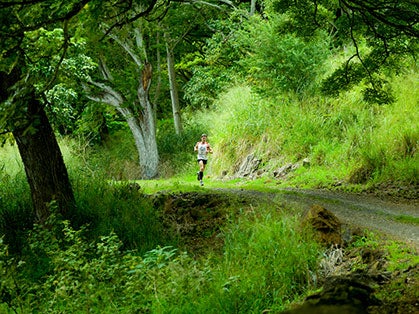 By the time December rolls around, it might be getting a little frosty where you live. Not so on the beautiful island of Oahu, Hawaii! More than 2000 runners are expected to turn out for the capstone of the XTERRA Trail Run Series. Anyone can enter; there is no qualifying process for this World Championship, which boasts a $10,000 prize purse. Hosted at the stunning Kualoa Ranch in Hawaii on trails only accessible to the public during race weekend, the event offers a half marathon (the official Championship course) as well as a 10K, 5K and “adventure walk.” 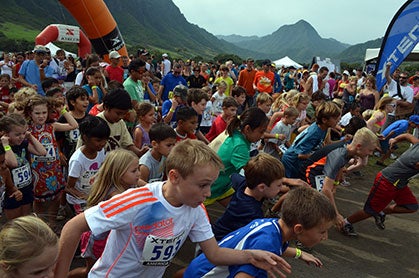 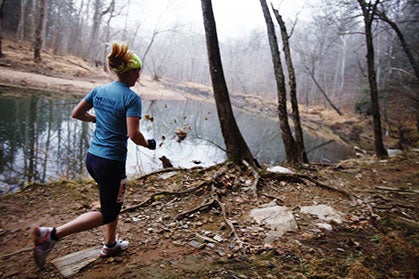 The Backyard Burn Trail Running Series takes place each spring and fall in five different parks in northern Virginia. The fall series begins with race #1 at Wakefield Park in Annandale, VA on Sept. 13 and concludes with the Nov. 29 race at Hemlock Overlook, Clifton, VA. The course at Hemlock Overlook is located along the banks of the historic Bull Run and feels surprisingly remote, given its proximity to Washington, DC. Be ready to scramble up plenty of rocks, roots, hills and stream crossings—and keep an eye out for deer, beaver, turkey, osprey and great blue heron. The Backyard Burn series allows runners to accrue points over multiple races to compete for age-group prizes. (Be aware: these races sell out fast!) 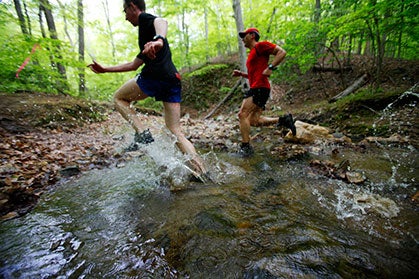 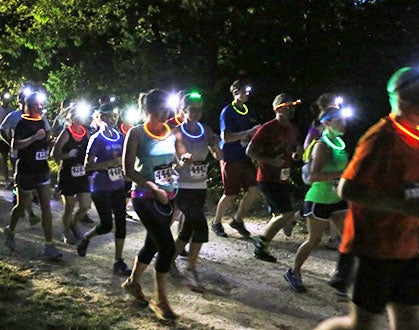 FORGE Racing, based out of Baton Rouge, puts on these epic races on an aptly-named trail called “The Beast” that twists, turns and features an elevation profile that race director Jeff Beck likens to “a heartbeat, it’s so erratic.” He adds, “People think that the South is all flat, but you’d be surprised.” In an effort to introduce as many runners to the joys of trail running as possible, FORGE focuses on injecting a lot of fun into this weekend of trail-running festivities. Runners camp out at the park and enjoy great food and music all evening, with home-brew kegs provided by Brenton Day, aka “The Ale Runner” of Running Monk Brewing Company. Because the moonlight 6K and 10K take place on Saturday evening and the daylight half marathon on Sunday morning, it is possible to do the “deuce” and complete both races.

Comment and let us know what your favorite fall races are!