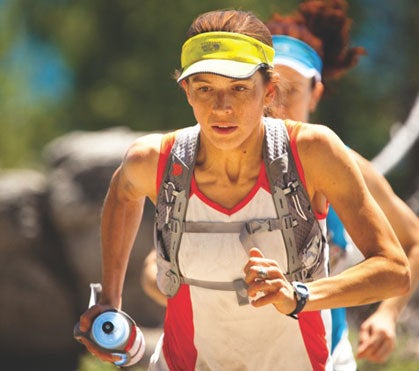 It will be the 39th running of the famous 100-mile race, which ascends to 8720-foot Emigrant Pass near Lake Tahoe before weaving through the Sierra Nevada Mountains on the Western States Trail and finishing after a lap around the Placer High School track in Auburn, California.

2011 women’s champion Ellie Greenwood, of Banff, Alberta, who debuted at Western States last year in 17:55:29, the second-fastest time ever on the course, will be back to defend her title.

“This year we are running the original route, whereas last year was a snow route, which most claim is about 20 minutes faster than the original route,” says Greenwood. “My goal is to improve on last year’s time and hopefully defend my title. And if nothing else, it is a chance to race against many of the best female ultrarunners around.”

Defending men’s champion Kilian Jornet, of Puigcerda, Spain, who last year became the first non-U.S. runner to win Western States, will not be competing. He was entered but withdrew earlier this week after his friend and fellow ski mountaineer Stephane Brosse was killed in a fall on Mount Blanc, an accident Jornet witnessed.

The withdrawal of Jornet, as well as fellow Spaniard Miguel Heras, leaves the men’s field wide open. 2011 runner-up Mike Wolfe, of Missoula, Mountana, who finished just four minutes behind Jornet, will look for his first Western States win. Also running are the third-through-eighth place finishers from 2011, including Nick Clark, of Fort Collins, Colorado, who finished third; Jez Bragg, of Wimborne, Great Britain who finished fourth; and Timothy Olson, of Ashland, Oregon, who finished sixth. 2011 Leadville 100 Mile champion Ryan Sandes, of South Africa, will be making his Western States debut, along with Dylan Bowman of Aspen, Colorado, who finished second to Sandes at the 2011 Leadville 100, and Zeke Tiernan of Basalt, Colorado, who took first at Colorado’s Run Rabbit Run 50-Mile last fall.

“My goal is to compete,” says Clark. “In 2010, Western States was my second 100-miler, so I went for the time and the placing came. Last year I went for the place. This year I have both going.

“There are also guys who are faster in the flatter types of ultra races,” he continues. “Guys like Mike Wardian and Dave Riddle, who are maybe a little untested on the 100 or mountain scene, and it will be interesting to see how they do.”

In the women’s race, other contenders include Kami Semick, of Bend, Oregon (who is currently living in Hong Kong), who was second last year, and Nikki Kimball, of Bozeman, Montana, who was third. Rory Bosio, of Soda Springs, California, finished fifth last year and fourth in 2010 and will be competing again. In the women’s field, all but two of the top ten finishers from 2011 – the exceptions being Tracy Garneau, the 2010 champ, who was fourth last year, and Becky Wheeler, who was ninth – will be back Saturday.

“Last year was my first 100 and it was a little bit of a roller coaster with a rough start and strong finish,” says Greenwood, who this year has incorporated hot yoga into her training for heat acclimation. “Western States is such a fun, exciting and challenging event to be part of.”

The Western States Endurance Run began unofficially in 1974 when Gordy Ansleigh ran the Tevis Cup, a 100-mile horse race, on foot. Ansleigh finished that first attempt in just under 24 hours, and the next two years, individuals attempted the race on foot (Ron Kelley was unsuccessful in 1975, but Ken Shirk completed the course in 24 hours, 30 minutes in 1976). In 1977, 16 runners toed the line for the first official Western States race; three finished. Today, the event draws roughly 400 competitors each year, and many more enter the lottery for a race entry.

The race kicks off at 5 a.m. Pacific Time Saturday. You can follow the Western States Endurance Run on Twitter (@wser100) for in-race updates: twitter.com/wser100