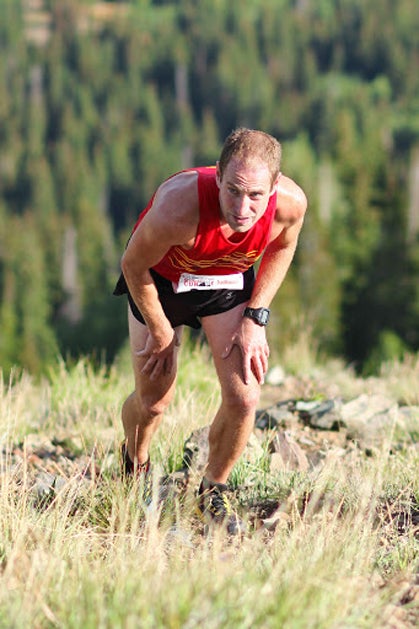 The fastest engaged couple on the mountain-racing circuit didn’t slow down at this weekend’s Jupiter Peak Steeplechase, a 16-mile jaunt with 3,000 feet of elevation gain in the hills around Park City, Utah. David Roche and Megan Deakins, both of Sunnyvale, California, won their respective contests in course record times—Roche taking first overall, in 1:44:00.2 and Deakins finishing first among women, and ninth overall, in 2:02:58.1.

Jupiter Peak was the final race in the 2014 La Sportiva Mountain Cup, a series of 10 extremely challenging trail races running from February through August.

Though Roche and Deakins won the latest installment, it was a pair of third-place finishes Saturday that secured overall series wins for Ryan Woods of Boone, North Carolina, and Megan Kimmel of Silverton, Colorado. Woods finished in 1:50:10 and Kimmel in 2:05:58 (good for 15th place overall). Complete results can be found here.

Cup participants receive points based on placing at each race, with extra points awarded for top-10 finishes in the series opener (Moab’s Red Hot 33K) and series championship (Jupiter Peak). Only runners’ top five races are scored for the overall standings.

Meanwhile, Ruperto Romero of Downey, California, finally won the Angeles Crest 100-Mile Endurance Run, which runs from Wrightwood to Altadena, California, on the Pacific Crest Trail, in 19:28:01. Romero was second at this race last year and third the year before, as well as second in 2011 and third in 2010. On the women’s side, Pam Smith of Salem, Oregon, won and finished sixth overall in 21:04:18. Smith was over four hours ahead of her nearest competitor.

Complete results (via live tracking) can be found here.

If you had any doubt that climate issues are impacting trail runners directly, just ask someone from California. The long-time trail and ultrarunning hub has been stuck in a long drought of unprecedented severity.

According to the U.S. Drought Monitor based at the University of Nebraska-Lincoln, over 58 percent of California is experiencing an “exceptional” drought, the most severe classification possible from the U.S. Department of Agriculture program.

How does this affect trail runners? For starters, the San Diego NBC affiliate reports that water shortages could lead to smaller supplies of—and higher prices for—beer brewed in the state.

If that doesn’t worry you, the wildfires aided by drought conditions on the west coast should. Already the Angels Staircase 60K and 35K have been canceled due to wildfires in the area. The Carlton, Washington-based races both served as part of the inaugural U.S. Skyrunner Series (the 60K in the Ultra series and the 35K in the Sky series).

“Unfortunately wildfires in the vicinity of the … course led to the cancellation of the Sky and Ultra races,” says Ian Sharman, Director of the U.S. Skyrunner Series. “There’s always a danger this can happen and such a dry winter on the west coast hasn’t helped. Hopefully the race will be back in 2015.”

Large blazes are currently being battled in Oregon and central and northern California as well.

Wildfires have previously affected races, both at-once when fires and smoke made conditions unsafe and permanently when sections of trail have been altered or destroyed. In 2012, Colorado wildfires forced the cancelation of Colorado’s Barr Trail Mountain Race, then a part of the La Sportiva Mountain Cup; the 2008 edition of the Western States 100 in California was canceled, and in 2013 the American Fire impacted several sections of the Western States trail between miles 29 and 48, including erosion and rock/debris fall and structural damage to the iconic Swinging Bridge.