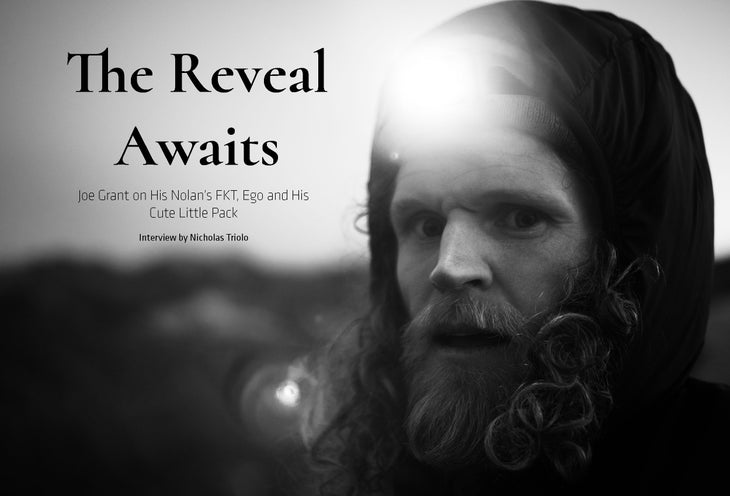 I first met Joe sitting in a cubicle in Portland, Oregon.

We were both recent college graduates, both hired by a nonprofit for a seasonal student exchange organization, and both sagging next to each other under the din of fluorescent lights. Our duties were simple: call thousands of students and persuade them to study abroad. Eight hours a day. Every day.

We became fast friends under such punitive circumstances.

One week, Joe didn’t arrive into work. Then twenty-four years old, the lanky, ponytailed French-Brit decided instead to hop on a Greyhound and end up in northern Mexico’s Copper Canyon, where he ran forty-seven mountain miles with the indigenous Tarahumara.

Joe raced. Joe won. Course record. He received a couple thousand pesos and a sack full of corn, all of which he returned to the community. When Joe finally arrived back into the office the following week, his energetic play-by-play shattered our climate-controlled workplace. 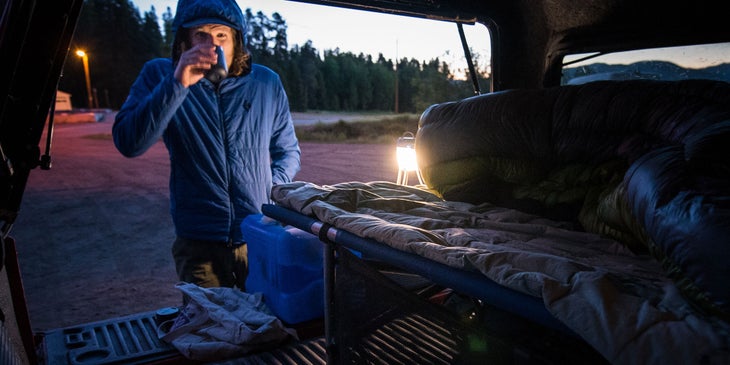 It was 2008, more than a year before Born to Run was published, and I had never heard of running such distances but was curious to know more. We started training together in Portland’s Forest Park, debriefing into late-night philosophical exchanges over strong ale. I’d go on to complete a handful of mildly competitive 50Ks, 50 milers, 100 milers, then graduate school, while Joe would become one of the most accomplished, recognizable and cogent voices in the mountain-running scene.

Joe traveled to France later that year to compete in his first 100-mile race, the Ultra-Trail du Mount Blanc. He finished in the top 20, hand-in-hand with the legendary Scott Jurek. In 2012, he placed second at the Hardrock 100-miler. After two more seasons of competitive racing around the world, Joe had grown disillusioned with competition. He wished to reclaim an original spirit of curiosity, of simplicity, of embodied wonder.

This led to his 14ers project in the summer of 2016, where one morning Joe left his front porch by bicycle to link all of Colorado’s 14,000-foot plus summits, human-powered, in a month. He completed the route in record time, an ambitious attempt that throttled him deep into his core. 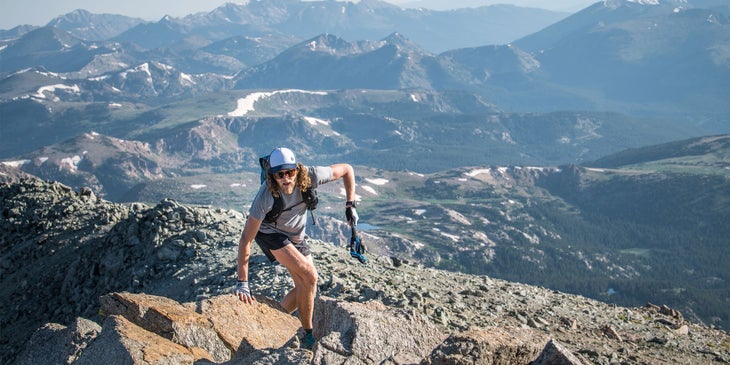 If you surrender to the experience, it will take you along for the ride. It’s afterwards when you extract meaning from it, if at all. It’s that raw experience in the mountains that is primary. Always. Any post-analysis or poetry is bonus.

Fast forward to summer, 2018. Joe decided again to focus his efforts on something local and aesthetic, light and fast, but perhaps not as time-intensive—the Nolan’s 14.

This well-known route, a 100-mile necklace of fourteen, 14,000-foot plus peaks in Colorado’s Sawatch Range, boasts 44,000 feet of elevation gain. Approaching Nolan’s represented a natural evolution in Joe’s career. He wished to push his mind and body further, while attuning to his own backyard contours (Joe lives in Gold Hill, Colorado) with even greater depth and embodied intimacy. It was just Joe and the mountains. 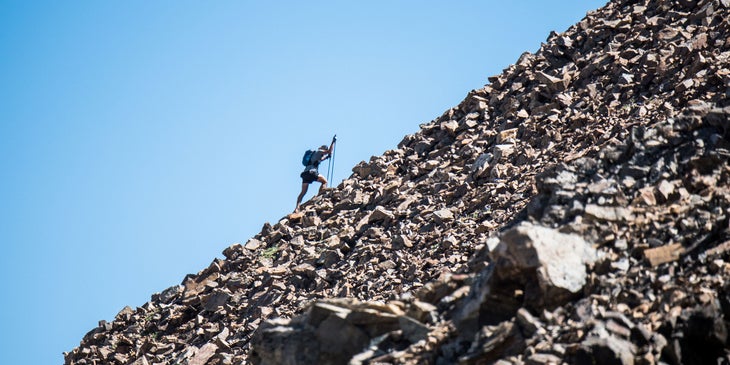 Joe Grant Making the Most of the Carbon Z Trekking Poles. Photo by Chris Parker

To understand Joe Grant is to know him not only as a world-class athlete but as a craftsman and a philosopher, someone entirely possessed by nuance and style.

“Something I’ve been thinking more about recently,” Joe told me last summer, “is that you can always choose to make a situation what you want of it. Take Nolan’s. There’s this idea of expectation, of what you should be learning, what you should be getting along the way, while you’re actually experiencing it.

“Say you’re bonking. The lesson might be tenacity and will—a classic curated arc. When you’re experiencing this, however, you’re convincing yourself that this is some act of courage or bravery; you’re already trying to understand it before you’ve even fully experienced it! In this, you stunt the experience itself. You box it into some limited version of what it could be and, in doing so, you limit yourself.

“On the other hand, if you surrender to the experience, it will take you along for the ride. It’s afterwards when you extract meaning from it, if at all. It’s that raw experience in the mountains that is primary. Always. Any post-analysis or poetry is bonus.

“I can riff about the mountains all philosophically when I’m sitting on my couch, but when I’m actually confronted with deep challenge, in the moment it doesn’t matter how poetic I am. It’s right in your face. Your shins are bleeding because you’ve been post-holing for hours. Right then, right there, you’re testing your resolve. That’s why we go and put ourselves in these situations, right?” 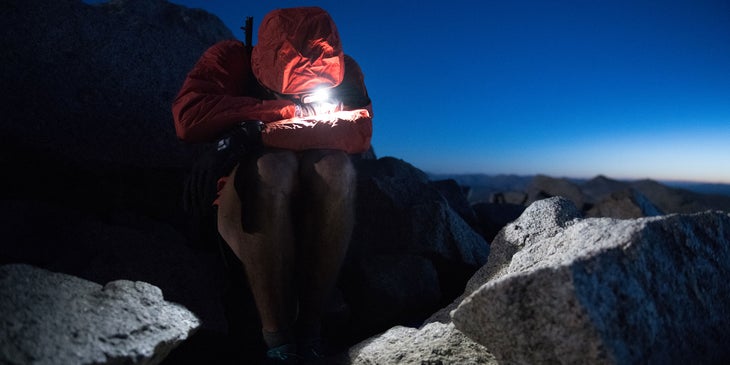 Keeping The Light On With the Sprinter HeadlampPhoto by Andy Earl

Yes. Growth is seeded in dark soil, the humus of shadow, in those unseen, unsexy low moments.

Joe continued: “Something shifted after the 14er project. The four months after I was pretty depressed. At some point I turned a corner and, I don’t know, there was a certain peace. I felt okay with things and it’s stayed that way ever since.”

Sitting with Joe’s response, I wondered if the ultimate value of challenging ourselves in the mountains actually comes packaged in the quality of our response to that challenge. What, then, to make of ultrarunning’s paradoxical experience of ego-inflation and ego-stripping? 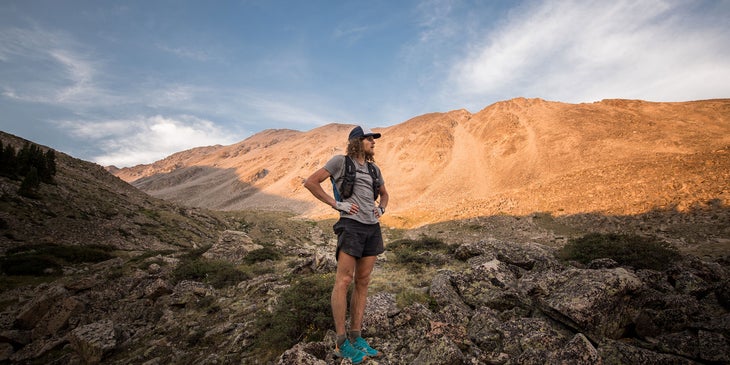 “There’s always an ego piece about ultras, about sharing on social media, about being ‘part of the club.’ That happens all the time for me. Oh, wow, you’re running Hardrock. That’s a hard race. Badass. Then you stand at the start line and realize: I’m not actually doing these things just for me. I’m elevating myself to fulfill other people’s perceptions of me. It’s a strange thing, and it can be both positive and negative.

“With Nolan’s, I stood at the start and said: Well, Joe. You made this bold statement like you’re doing this unsupported with your cute little pack. Then all of a sudden, I’m in it and think: What have I got myself into?”

“It’s the process that’s most important. In every culture there’s always been this sense of passage, of needing to pass through struggle and extremes to realize that things really aren’t that complicated. 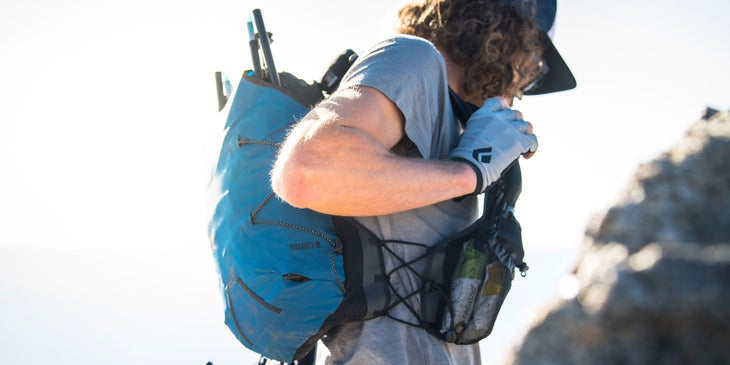 “That’s why doing things like Nolan’s will forever be compelling to me, because it gets you back in touch with these simple ideas. It forces you to go deep, to not be too busy in your daily life. It’s why I keep going back. I need refreshers.”

Joe’s approach was becoming clear. Copper Canyon, The 14ers project, Nolans, his illustrious career in mountain sport, they were all two-pronged—both deeply personal while also communal and shared. By doing things your own way—by failing often and succeeding sometimes and not being fastened to either—you offer a sort of middle-way approach that others might follow. And that is a gift. 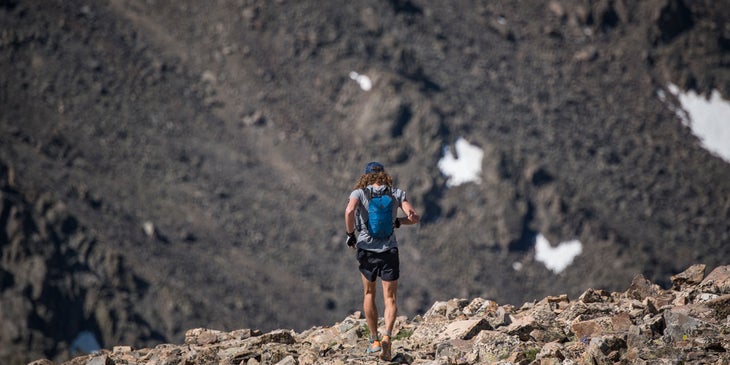 “I wanted to capture the experience as it was unfolding,” Joe said. “But in the least invasive way possible. I chose to not carry a camera and instead have a small crew present on various peaks along the route to shoot video (Matt Trappe and Dan Sohner) and photos (Andy Earl and Chris Parker).

“When condensed into a five-minute film it could appear as if I saw them a lot, but the reality is that I saw them for less than a half-hour total in two days. Their presence was no more disruptive to the solo headspace than encountering another hiker or runner on the trail. For example, when I reached the last summit, Mt. Shavano, I got disoriented and retraced my steps along the final ridge instead of descending straight down to the finish to Blank Cabin. I lost over an hour in the process, summiting the last peak twice, while Andy and Matt watched without being able to intervene. 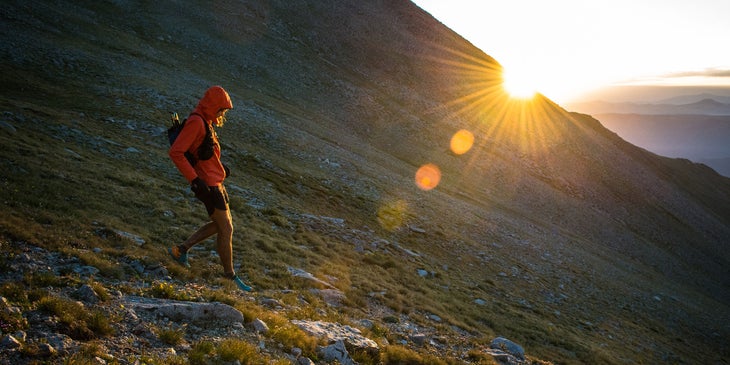 “I was there just to do it,” he said. “Be here, I kept reminding myself. Don’t be outside this experience. Let go of the framework. Just be here. The more you’re present, the more revealing it will be. The more you confine it or wish it to be something else, the more limited your growth will be. The reveal awaits. You decide how open you are, and that determines how much will be revealed. The more layers and structure you put on it, the less will be revealed. I think that’s what we’re all trying to tap into fundamentally: the more you let go, the more you can see.” 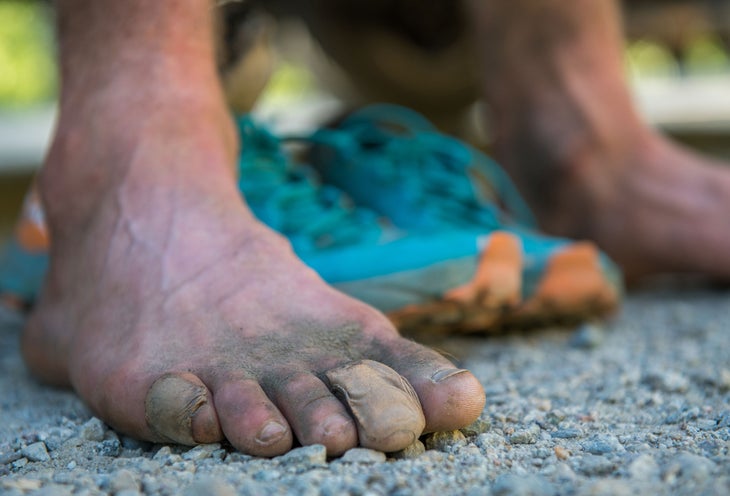 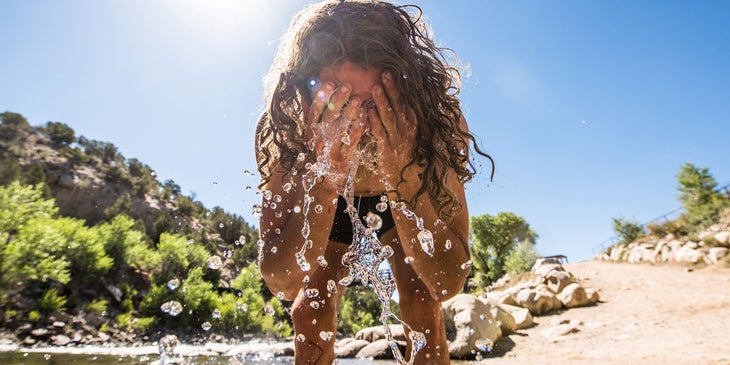