The wrong and right way 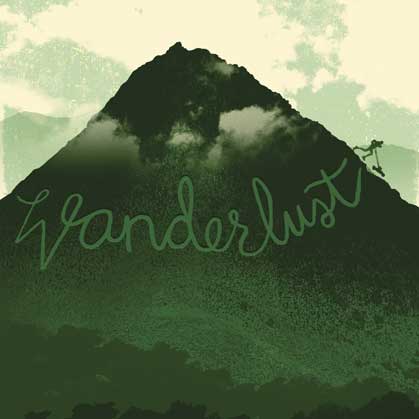 Wanderlust can be a difficult taskmaster. Those who have it, or in whom it is incubating, may start acting irrationally.

Lately, when I’ve had no time to run real distances, I diverted my pestering desire for adventure by turning menial tasks into pseudo-workouts. I ran behind the cart while grocery shopping at Wal-Mart. I pushed my lawnmower to a FKT of 36 minutes on a mowing operation that typically takes an hour and 15 minutes. I tilled my 10-by 20-foot garden with a spade in 25 minutes, then in the same hour filled two boxes with fallen apples and raked up enough leaves to pack two 40-gallon garbage cans.

Eventually, though, on a rare weekend off I drove hours to an enticing trail location, only to be faced with lightning and a downpour. I waited five hours in the car at the trailhead, because sometimes wanderlust also requires couch-potato patience.

While hoping for the skies to clear enough to run, I exhausted a car full of options to include on my way up 14,014-foot San Luis Peak in bad weather. I packed and repacked my mini-pack with food and fluids, lighter, knife, hat, gloves, windbreaker, rain poncho, arm warmers, hand warmers, tights, duct tape, an emergency blanket and a futon mattress.

I committed the topographical maps to memory and recalibrated the altimeter five times as barometric pressure fluctuated. Having forgotten my compass, I memorized the layouts of the mountains to determine my exact location and direction. I imagined, with excitement and anticipation, how my time would compare to the 10 hours in Lou Dawson’s Guide to Colorado’s Fourteeners.

Then the sun popped out and changed everything. Suddenly I wanted to run in shorts and a T-shirt and just carry a water bottle, but experience in managing wanderlust and her accomplice, full-blown fear, said, “It could change. Take it all.” (I miss the days when I was invincible and ignored the voices.)

Without pushing hard, and stopping often to take pictures of alpine tundra, I summited in under two hours on an awesome trail. I took another picture and sat down to enjoy my first drink of water. Leaning back on some rocks, I inadvertently poked a hole in my water bottle. Before I could pull my pack off and stop it, all the water ran out.

This might’ve been a problem if the run/hike lasted 10 hours, but I was back at the car in 3:26. I never needed a thing in my huge pack. I blissfully ran all 3424 feet of singletrack down the Colorado Trail and over the Continental Divide.

By nightfall I’d driven another 70-plus miles, attempting to notch two peaks on my 14er belt in the weekend. Wanderlust drove me to explore one of the state’s most iconic summits, Handies Peak, at 14,048 feet. So I drove high up Cinnamon Pass to Grizzly Gulch, where wilderness has survived the embrace of hard-rock miners, and the mighty forces of plate tectonics birthed the San Juan Mountains. I camped by an abandoned cabin at sunset as a glowing rainbow framed the east summit of Sunshine Peak above low-lying clouds. When rain began, I finally used some gear in my pack.

By morning the clouds had lifted. I was a mile up the steep trail, knocking water droplets off overhanging vegetation, before the sun came up. In an alpine meadow, a pair of deer ran ahead of me and jumped Grizzly Gulch Creek. Marmots and pikas chirped at my arrival as I meandered through clusters of wildflowers. The mountain bowl was rimmed with rocky, jagged peaks feeding snowmelt to the gushing stream. Blue skies framed the crags, and the warm sun cast long shadows.

From the summit, I saw nothing but mountains in every direction. I dropped my pack (yes, I took it). Tears welled up in my eyes. I’m not sure if it was for the sheer beauty around me, or because it was so much better than running behind a push mower.