Kansas City area trail runners do it with passion 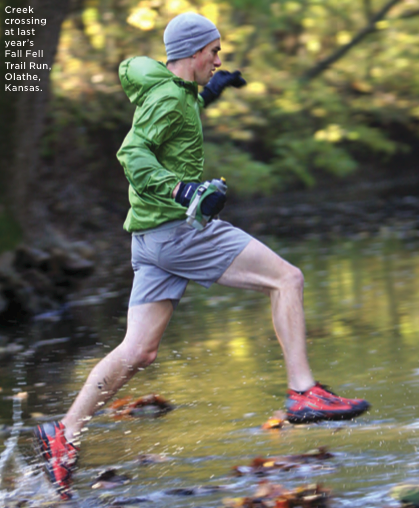 This article originally appeared in our June 2010 issue.

While Auburn, California, and Asheville, North Carolina, are on many trail runners’ radar for great trails and races, those same runners would not be disappointed if they placed a push pin somewhere dead center between those destinations and booked a ticket. Kansas City, here I come!

At the epicenter of this emerging trail-running center is “Bad” Ben Holmes, 53, who, in 2000, formed the Kansas City Trail Nerds, which now boasts 227 paying members (600 participate on the group website) and supports a vibrant community and race scene. The Nerds put on over 20 races, many for a nominal fee of $8, and regular groups runs—up to 10 a week.

A veteran of a dozen 100-milers and countless shorter ultras (he recently jettisoned 487 old race T-shirts), Holmes has been running trails almost exclusively for 11 years. And the Trail Nerds breed like, well, trail runners, spawning other like-minded groups, including the Ozark and Tejas trail nerds and the newly formed Mud Babes, headed up by Holmes’ fiancée, the “Original Mud Babe” Sophia Wharton.

While the area churns out top-caliber runners runners, such as the up-and-coming Andy Henshaw, who, in April, took second in California’s super-competitive American River 50-miler, and the veteran speedster Raul Flores, 54, who has 39 100-milers under his belt, including 10 sub-25-hour Leadville 100s in Colorado, the Trail Nerds are all about having fun.

Take this light-hearted blurb by Holmes about the tongue-in-cheek- named Mrs. Robinson’s Romp (a play on the “cougar” female lead in the 1960s-era movie The Graduate): “Billed originally as a seven-miler, we cut it short (to a 10K, out of deference to lung capacity vs. elevation gain, and the potential overfeeding of a big cat with the unhealthy free-radical-ridden flesh of mud-spattered trail runners). Forty-five hearty souls showed up to run (a few with their dogs). Forty-three finished; I can only assume two were consumed … eventually by the cougar.”

“Most outsiders who come to K.C.-area trail races are impressed and usually a little shocked,” says Henshaw. “But it’s not just the friendliness and well-organized racing scene that surprises people, it’s also the difficulty of the courses. The Psycho Wyco 50K boasts over 5,000 feet of elevation gain, not to mention some of the muddiest trails I have ever seen.”
Q&A with “Bad” Ben Holmes 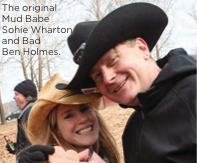 How did the Trail Nerds get started?
Prior to their existence, I rarely saw another trail runner, and had to coerce my road-running buddies into joining me. It began as an informal email group, and just a few friends would show up. Now, we have a wide variety of trails and a large number of trail races in the area.

Other than run, what do the Nerds do?
The Trail Nerds have funded trail building and maintenance with proceeds from our races. We work with well-established trail-advocacy groups, such as the Kansas Trail Council and Earth Riders Trail Association. We also “earn our dirt” by volunteering for trail work days and by weed-whacking miles and miles of singletrack corridors.

What kind of growth have you seen in race participation?
Significant. For example, February’s Run Toto Run has grown from 42 in 2003 to 500 in 2010. You must go through a lot of cups … Recently, I’ve instituted a “no cups” policy at our races. In our longer events, participants will actually be DQed for not wearing a hydration device. We always try to purchase “expendables” that can be recycled.

What’s the allure of your popular group night runs?
They’re fun and exhilarating, and develop that “sixth sense” of trail feel. We’ve always had good attendance at our night runs, and Trail Nerds always excel on the night portion of their first 100-milers.

Why “Bad” Ben?
My friend Bob Bundschuh gave me that moniker. He would host these incredible parties and I’d show up and party until 2 a.m., then go home, shower and be ready for a 6 or 7 a.m. marathon or ultramarathon. I guess that impressed him. As for Bob, he has run a marathon on every continent, and continues to run very well.

What else do you do?
I manage safety and security for a division of a major pharmaceutical company, and like to homebrew and, must say, am darn good at it.

Six Pack to Go: (Some of) the best races in the KC area