Lessons from those who had dreams and “ran” with them 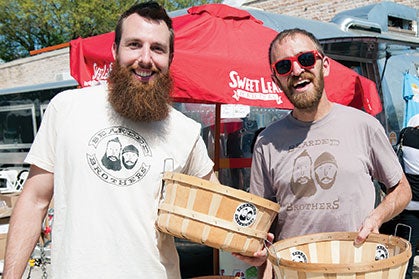 Photo courtesy of the Bearded Brothers

Trail runners tend to be an ambitious bunch—setting goals, training hard, seeking new adventures. We come up with ideas that sometimes (perhaps often) seem crazy to our loved ones. We work with determination and revel in our triumphs.

It’s no surprise, then, that many trail runners have another passion that requires the same mix of aspiration, drive and willingness to occasionally sacrifice sleep: entrepreneurship.

We spoke to three trail runners across the country who started their own businesses. Here, they share five lessons they’ve learned. 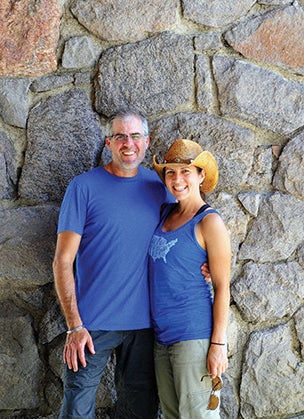 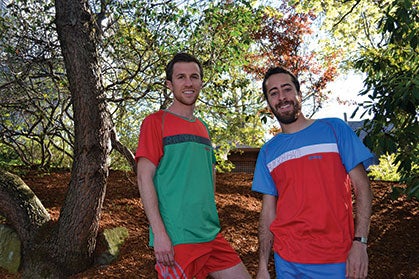 Read on for the lessons they’ve learned …

Committing to a goal is much easier if you’re excited about the process itself. For Caleb Simpson, the idea for bearded brothers came from following a high-raw-food diet for several years and wanting portable organic foods to fuel his long runs and rock climbing. after making his own bars and posting recipes on his blog, several friends suggested he sell them—and so the seed was planted.

Jenn Hughes of Sammamish, Washington, found herself struck by the plain, drab options for running apparel. She says, “For race day  or for a super long run, I wanted a great tee to lift my spirits.” So in 2011, she reached out to graphic designers and launched run pretty Far (RPF). Two-and-a-half years later, sales have soared and retailer REI will begin carrying RPF apparel in its top 20 stores next spring.

Seeing all the positive energy that comes out of the running community, Mike Burnstein of Brookline, Massachusetts, and his co-founder, Dave Spandorfer, chose to focus their company on helping solve the global food and water crisis. “It’s an issue that hits close to home for runners,” says Burnstein. “It would be impossible to get through a three-mile run or a 100K trail race without proper nutrition and hydration!” not only does the apparel itself, such as the committing to a goal is much easier if you’re excited about the process itself.

“Run for the Rwanda” shirt with Rwandan flag colors, aim to raise awareness, proceeds support organizations such as KickStart and Meds and Food for Kids. And, for each T-shirt or pair of running shorts purchased, Janji makes additional donations like crop seeds, clean water or packets of nutritional medicine to families in countries like Haiti, Bangladesh and Tanzania.

The day before his college senior thesis was due, Burnstein was typing up its final pages on a car trip from Austin, Texas, to St. Louis, Missouri. He and Spandorfer had spent the past three days working a booth at the running event tradeshow to launch Janji. Another friend offered to help them build a wooden booth before the event, but it took much longer than planned, depriving everyone of sleep and, in Burnstein’s case, the ability to attend his final exams. But, says Burnstein, “it was definitely the most rewarding time of my life.” They returned from the running event with orders from about 80 stores nationwide.

In every case, the entrepreneurs we interviewed had a co-founder with whom they shared the business venture. Hughes, who launched run pretty Far with her partner, Greg Manciagli, says, “The value of a teammate cannot be understated. it’s an around-the-clock, all-consuming adventure and going at it alone is rough.”

Simpson began bearded brothers with his friend and brother-in-law, Chris Herbert, who had previously co-owned a health-food store. They gathered inspiration from other folks who’d quit their day jobs to pursue their dreams, such as Matt Frazier of the popular blog, no meat athlete, and Bryon Powell, who left his career as a lawyer to cover ultrarunning on his blog, iRunFar.

FOUR:  Learn As You Go

Though Simpson had a degree in business before launching bearded brothers, he insists that there are no requirements for being an entrepreneur other than drive and a willingness to learn. “Beforehand, neither one of us had experience in food manufacturing,” he says. That hasn’t stopped their tasty snacks from reaching over 300 retail locations in two years.

Burnstein agrees: “Honestly, Dave and  I are unqualified to do what we’re doing. We are constantly seeking advice from our amazing group of mentors.” He’s learned that entrepreneurship is a lot like training for a big race—first, decide to do it. Then, set goals, establish a plan, work hard, occasionally stop to assess the plan—and adjust as needed.

Amidst running a small business, finding time to train can be a challenge. Says Hughes, “The first summer we were on the road, I learned quickly that keeping up my running is crucial to my mental state, not to mention my backside.”

“Ideally I would like to be running four to five days a week,” says Simpson, “but my family and the business are more important to me than getting in the miles.” He still runs two to three days a week, and sees this as a worthwhile compromise during what he calls “the hustle stage” of launching a business.

For some, though, the flexibility of setting one’s own work schedule allows for more training, not less—especially when one’s co-founder is also a training partner. Says Burnstein, “most of our [business] strategy sessions take place on easy runs.”