Olympic biathlon hopeful discusses life as a full-time athlete and her desire to compete at an elite level in mountain running, a sport she isn’t specifically training for. 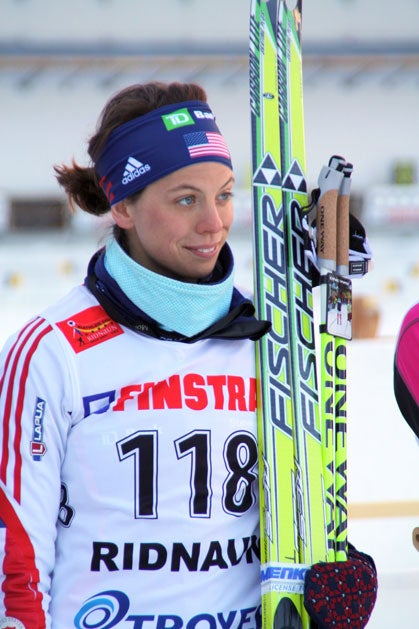 On May 5, Corrine Malcolm was doing intervals up Whiteface Mountain outside Lake Placid, New York, where she was going through training camp with the US Biathlon team, when she had an epiphany.

“I realized I was doing intervals while my college class was graduating,” she says.

Malcolm, 22, had left Montana State University in Bozeman two years earlier to pursue the biathlon full-time. “On the men’s team, only one of the six has a college degree,” she says. “But on the women’s side, I’m the only one of the seven who doesn’t have one. So it’s a work in progress.” 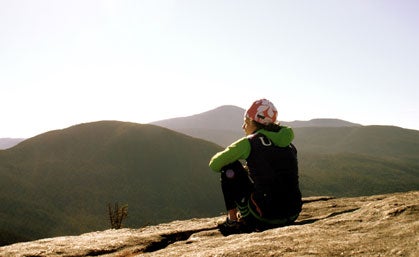 Malcolm maintains a part-time class load through MSU online, but hopes to complete one of her three remaining semesters this fall, before she will turn her attention to the Olympics.

“Unfortunately the biathlon season is mid-November to mid-March, so it’s not conducive to school schedules,” she says. “It’s not easy living the Olympic dream.”

What does come easy for Malcolm, considering she is not specifically training for it, is trail running—assuming her biathlon coaches allow her time off to race. This past weekend, she finished second at the Jenkins Mountain Scramble 10K, besting the old course record by over 10 minutes, and this July, she will line up at New Hampshire’s Loon Mountain Run in the hope of qualifying for the U.S. Women’s Mountain Running Team, which will travel to the World Mountain Running Championships in Italy this September.

Which came first: running or skiing?
Running is how I started. My mom was a runner and I can remember in middle school being dropped off places and being told to run home. Running was basically the first thing I fell in love with. Unfortunately I was prone to getting hurt. When I started running for the high-school cross-country team I had knee surgery, and I spent every fall on crutches for six weeks or so.

How did you get into skiing?
After two years of back-to-back injuries it was suggested that I try cross-country skiing in the winter instead of running year-round. I’m from Hayward, Wisconsin, a ski town where the American Birkibiener finishes on Main Street, but I’m not from a ski family. We’re from the east coast. I didn’t grow up on skis. So at first, I was awful at it. I hated it and skiing even 5K was a chore. I have no idea why my coaches put up with me. But something clicked when I was 17 or so, and I fell in love with skiing. And instead of skiing to stay in shape for running, all of a sudden, I was running as cross training for skiing.

After that I moved to Bozeman, to attend Montana State University. I went there to ski and also ended up running cross country, sort of by accident. But after two years I dropped out of school and moved east to pursue biathlon.

You probably get this question a lot, but how does one get into biathlon?

It’s a good question. I was unhappy in Bozeman in school, trying to take 18 credits a semester and ski, and was not living up to my potential in either realm.

One year, I qualified for NCAAs, but didn’t go—our team qualified five individuals and an older girl on the team got picked to go in my place. So I went to do junior nationals instead, and while I was there, I was approached by Piotr Bednarski, the director of athlete development for U.S. Biathlon. He convinced me that biathlon was my best opportunity to excel. I guess I was unhappy enough that I packed up my car and drove to northern Maine. I joined the biathlon team at the Maine Winter Sports Center, and started training full-time for a sport that I knew really nothing about except that I was going to ski with a rifle.

I made the U.S. junior world team after doing biathlon for six months or so, and qualified to go to the world junior championship. But I raced horribly—I was sick—so I went to the U-26 championship, also called the Open European Championships. I raced well there and got up on the podium by finishing sixth. It was the best finish by a U.S. junior in a decade, and after that I was invited to join the U.S. team.

You’re training full-time. How does running factor in?
I’m not really training specifically for running. It plays second fiddle, but, still, I run probably more than anyone else on the team. I’ve always been able to jump into a few races—I ran in the Great Adirondack Trail Run last year and I’m hoping to run it again in June.

I meet with my coaches and say, “I want to run this race,” and sometimes get turned down. They see the big picture, and I see three months. They’re the ones who have to understand how doing a 10K might fit into the training block we’re in.

You’re planning to run Loon Mountain in July, which is the qualifying race for the U.S. Women’s Mountain Running Team. Did you choose this race because of the chance to qualify for the team?
I’d heard that this race was going to be the qualifier. That it’s an ascent-only race helps my coaches, since they don’t want me barreling downhill for five miles. But I’m doing it partly because it’s fun to run against people who are specifically runners, not skiers, and see how I stack up.

What are your expectations for the race?
I’m really competitive, but I finish second a lot. I haven’t won a lot of races so maybe that’s why I keep racing. But going into it, I think I have as good a shot at being up there as anyone else. I’ll be disappointed if I don’t make the team, and if I do make it, I get to try and convince my coaches to let me go to Europe in September. That’s the goal.

What are your long-term goals—biathlon and otherwise?

We have the winter games in 2014, and, for us, that’s right around the corner. It’s anyone’s game so I’m hoping to be there. I’m the youngest on the team right now, so 2014 would be great and 2018 will hopefully be my Olympics. I’m in it through 2018 for sure and then I’ll reevaluate to see if I want to go through another Olympic cycle or go year by year.

In the meantime, I’d love to go to the World Mountain Running Championships. I don’t think it’s out of the question, but I don’t know … I might go out and get my butt kicked! Then the summer after the 2014 games, I’d like to do the Gore-Tex TransRockies run as part of a co-ed team. That’s on the short-term bucket list.

But I would love to do the Vermont 50-miler in addition to some even longer stuff. I don’t do a lot of road races because, for me, running trails kind of levels the playing field. I run technical stuff a lot better. Ultimately, though, my life is dictated by my coaches and trail stuff is easier to pass by them.