Gray leads the U.S. men into the World Mountain Running Championship in Italy this Saturday 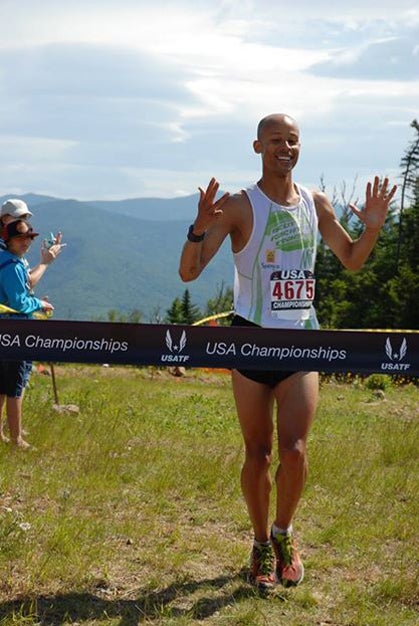 Many of us run to reach the fabled “runner’s high,” where the miles flow effortlessly and it feels like we could go for days.

Joe Gray is not most of us.

The three-time US Mountain Running Champion from Colorado Springs has chosen perhaps the most difficult medium of foot race out there. Mountain running is pretty much just what it sounds like: lots of lung-searing climbs and, sometimes, equal parts quad-shredding descent. On top of that, the shorter nature of mountain races (New Hampshire’s Loon Mountain course, which in July served as the US Mountain Running Championship, was approximately 6.6 miles long) ensures that runners have to go hard from the gun rather than preserving themselves with an easy early pace on the climbs.

“That’s what I love about these type of races,” says Gray, 30. “You have to grind it out and really push yourself to the limit.”

Gray has certainly found a niche with mountain races, going nearly undefeated in U.S. races and leading the American contingent with a seventh-place finish at the 2013 World Mountain Running Championship (WMRC) in Krynica, Poland.

“I think it’s because [the intensity] is something I love and appreciate about the sport,” he continues. “It makes me a competitor when the gun goes off.”

Saturday, Gray will again lead a U.S. men’s team hoping to earn a spot on the podium at the WMRC in Cassette di Massa, Italy. We caught up with him to ask about his favorite spots in Italy, what it’s like to represent the starts and stripes, and how mountain running is different than trail running as most of us know it.

1. How is mountain running different from your run-of-the-mill trail race on singletrack with climbs and descents?

Mountain running is a combination of speed and strength racing over technical and typically steep terrain, up or down. [The WMRC course alternates between an “up/down” course, which features approximately equal ascent and descent, and an “up” course, which features primarily climbing; 2014 will be an “up” course.] The huge difference between trail and mountain races will usually be the difficulty of the terrain with mountain races being much steeper and more technical.

2. Mountain running is a small niche in the already-niche sport of off-road running. How did you get into it?
I actually was told about it by Simon Gutierrez [a multiple WMRC competitor from Colorado Springs] as I was finishing grad school. I was a big fan of cross-country so when I saw there was a level of competitive racing off-road it was a no-brainer. I kept doing it over the years because I truly fell in love with the complexity of competition and the purity of the love I had for being in the mountains and on trails.

3. What kind of specific training do you do for a mountain race vs. a more running-heavy trail race?
I do many different types of training depending on which race I’m preparing for. Mountain-running courses are so diverse so your training really must adapt to what is to come. Loon Mountain, for example, requires for steep terrain training whereas this year’s world championship course requires a little more speed over moderately steep grades.

4. What shoes will you be wearing for the World Championship?
I’ll be wearing the Scott Trail Rocket. It’s a great hybrid [road/trail] shoe which will be important for this year’s world championship due to the diverse terrain. Also, the shoe just so happens to match the team USA uniforms perfectly!

5. Speaking of that, very few runners ever get to represent their country in international competition. What does that mean to you?
To me, representing my country is truly an honor and symbolizes the hard work and sacrifice it took to accomplish such a feat. It’s the ultimate stamp of achievement as a runner!

6. Last but not least – you get to travel to Italy for the WMRC. What’s your favorite thing to do there?
I love coming to Italy for the obvious things, like their food and mountains! The best foods in the Tuscan region are the local olive oils, pizza diavola and gnocchi ai quattro formaggi. Of course, if you are in Tuscany, you must visit the marble quarries … we happen to get to run through and around [them] during the race!