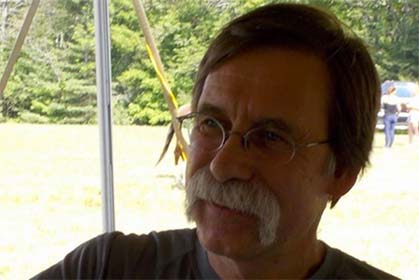 Last week, days after running the Bull Run Run 50-mile in Virginia on April 9th, 64-year old Green and a friend were trimming a large branch from a tree in his backyard in Columbia, Maryland—a task they had completed many times before. The branch fell to the ground as intended, but bounced back up and hit Green in the head, causing multiple skull fractures, inner ear damage and bruises on his carotid artery. He was airlifted to Shock Trauma Center in Baltimore, Maryland, where he now lies in a medically induced coma while his injuries heal. He has suffered several small strokes due to the carotid artery damage and resulting blood clots—doctors will be unable to tell the extent of the damage until Green is taken out of sedation.

Green is known to trail runners by several nicknames— the “grandfather of ultrarunning,” the “original ultrarunner” or, more commonly, the first Grand Slammer. In 1985, he had been running ultras for several years, but was not happy with his times. He upped the stakes by promising himself that he would run Leadville, Western States, Wasatch and Old Dominion—at the time the only 100-mile races in the country—all in the course of the following summer, a feat that had yet to be attempted and was considered largely impossible.

By the time that June rolled around, 11 other runners had caught wind of his plan and decided to vie for the title, naming it the Grand Slam. Green, then 35, was the only one to finish, setting a standard that remains one of the ultimate achievements in trail and ultrarunning.

In the three decades since, Green has gone on to inspire generations of runners in his own quiet way. He is rarely at the front of the pack—since the early 2000s he has rarely placed higher than 60th in a race. Rather, his number of finishes stands out. He has finished California’s Western States Endurance Run 10 times since 1986. He has finished the Wasatch and Vermont 100s five times each and Maryland’s JFK 50-mile 17 times, nearly every year since 1985. He has completed the Mountain Masochist 50-mile 15 times since 1997 and the Bull Run Run every year since its inception in 1993.

The shockwaves of this accident have already been felt in the trail-running community. At the Promised Land 50K in Virginia, runners gathered to pay tribute to Tom in a video (see below). “Hi Tom,” one runner said. “You don’t know who I am but I certainly know who you are.” Many reiterated that he has been an inspiration in their life, and they are eager to see him back out on the trails.

Green’s insurance covers 70 percent of the medical bills, though Green and his wife Kay are still shouldering a significant portion of the expense—the helicopter ride to the hospital, alone, cost $15,000. His family has set up a gofundme page where people can donate to help defray the cost.