It takes a lot more than forward motion to finish Hardrock

On a cold July morning in the predawn light I followed my pacer down a ferociously steep, muddy incline … 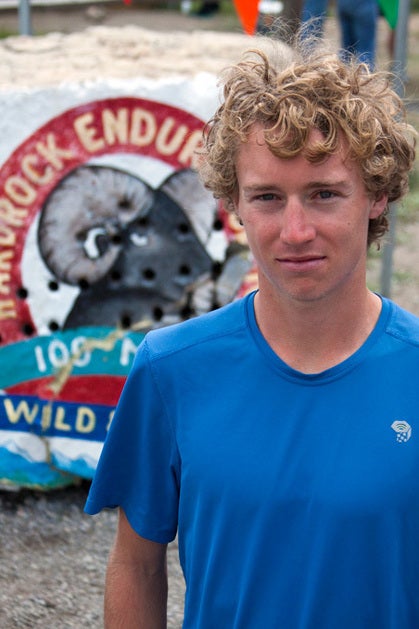 On a cold July morning in the predawn light I followed my pacer down a ferociously steep, muddy incline, then traversed left across an exposed rock band. With little poise remaining 85 miles into the race, my foot slipped and I slid 15 feet down the smooth, wet rock, releasing a torrent of large stones on either side. When I came to a halt, whimpering and nearly in tears, one of my water bottles had cascaded 500 feet down the hill and my fighting spirit had fallen even further. I leaned my head back against the rock as the Southwest Colorado mountains brightened and wondered how I could ever continue.

When I finally stood up, my pacer Troy Howard looked down the mountainside and said, “Your bottle is gone.”

“I’ll get it next week,” I replied. I now had to focus on finishing the last 15 miles of the Hardrock 100-Mile Endurance Run.

Beginning and ending in Silverton in Southwestern Colorado’s San Juan Mountains, the Hardrock100 is not a race so much as a challenge of survival. The course doesn’t follow a trail for over 30 miles, sports a low elevation of 7600 feet, a high point above 14,000 feet and averages a 41-hour finishing time. Plus, a lottery plays no favorites and openly rejects elites, not because of any anti-speed ethos, but because the nature of the race is a challenge of self, not competition with others. Yet, speed has crept in over time.

Scott Jurek was the first to run in the low 26:00 range in 2007. He was later followed by Troy Howard (26:01) and Karl Meltzer (24:38). Diana Finkel has repeatedly dominated the women’s race, setting a female course record in 2009—27:08 and nearly winning outright in 2010. But Kyle Skaggs topped them all, finishing in an astounding course-record time of 23:23 in 2008, dominating the best ultrarunners in the world.

But stats cannot do this beast justice.

In early June, I was living in my truck by a nearby river when fellow ultrarunner Matt Hart showed up in Silverton. The snow level was still prohibitively high and running in the mountains was nearly impossible, but Matt and I rented a house for the summer, with our sole focus training for Hardrock. The landlord mentioned that Kyle Skaggs—who’s 2008 course record still stands—had lived there when he trained for Hardrock, and said, “He left some stuff. Hang on.”

He disappeared into the back shed and reappeared a minute later, carrying Kyle’s 2008 Hardrock trophy. For some reason Kyle hadn’t wanted his trophy. We tentatively placed it on a bookshelf, but it mysteriously moved its way onto my window sill or under the covers of Matt’s bed. (Of course, we were playing jokes on one another by moving it around.)

Though I was struggling with 15 miles to go, back at mile 47, the strain of more than 20 hours of continual movement along one of the world’s most difficult 100-mile courses had already hammered my body. At the top of Engineer Pass, I lay down and nearly convinced myself to drop, but decided to at least continue downhill into Ouray, mile 55.9.

Excuses to drop in a 100 are as ubiquitous as wildflowers. But running between the vertical rock cliffs of Bear Creek Trail, abundant with waterfalls and wildlife, I felt bursts of energy. The Ouray aid station brought me back to life—barely. Dropping is hard to do when you’re in second place. From Ouray, Troy Howard, was my pacer.

Part of me is ashamed that I came so close to giving up halfway. But every Hardrocker feels that way at some point. Continuing at any pace is better than giving up. Overcoming my own mental collapse is the most rewarding thing I have ever done. Hardrock lives on in those who choose to embrace it.