J.Judson “Jut” Wynne is often crawling on his belly, rappelling into deep holes or squeezing through rock passages … 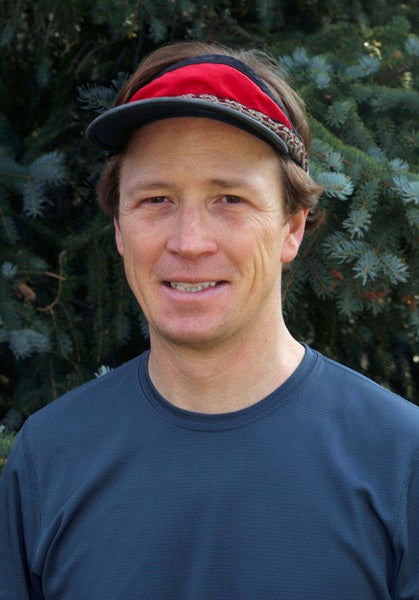 J.Judson “Jut” Wynne is often crawling on his belly, rappelling into deep holes or squeezing through rock passages so tight he must exhale all the air from his lungs. For Wynne, a day at work means being beneath the earth’s surface for four to 12 hours at a time. Above ground, Wynne balances these dark scientific caving expeditions with sunlit trail runs, which he credits for keeping his body, mind and spirit sharp.

With a compact, muscular frame and brown hair that peeks out from underneath an ever-present brimmed cap or hardhat, the 39-year-old bachelor talks incessantly about running, his research and personal philosophy. Wynne is a cave-research scientist with the Merriam-Powell Center for Environmental Research at Northern Arizona University and the Search for Extraterrestrial Intelligence (SETI) Institute. For NASA, Wynne is developing thermal-detection techniques (such as infrared cameras) to locate caves and their critters on Mars and the Moon, work that he hopes will someday take him to space. “I’d love to be the first person to explore a lunar cave,” he says. “And going into space wouldn’t be too shabby either.”

Wynne has lived in Flagstaff, Arizona, for 10 years and been “obsessed with caves” for about eight of those. A long-time runner, he’s only become serious about the sport for the past five years, in part to condition himself for his grueling caving expeditions.

“When trail racing, your body fatigues but if you are determined, you push and improve your finishing time,” says Wynne. “Similarly, when working in caves, I have to persevere even when I am really tired.”

Wynne’s endurance and focus are especially tested during long mountain treks to remote caves, where he rappels into tight spaces, traverses thin ledges while gripping loose rocks and scrambles over boulders that have dropped from the cave’s roof. And in a strange twist, last November in Bolivia, Wynne scaled 19,000-foot-high volcanoes to scuba dive in high-altitude lakes in search of obscure organisms.

Neil Weintraub, director of Northern Arizona Trail Runners Association, says Wynne is always the guy you want to be near in a race. “He’s always wearing the huge Camelbak and looking out for everyone,” says Weintraub. Wynne’s pack is usually stuffed with a big water bladder, wilderness first-aid kit, compass, lighter, moleskin, bandages, a knife, snacks and, on longer runs, fresh fruit and bottle of electrolyte drink. “I like to ask the other runners how they’re doing,” says Wynne. “That’s how it is on an expedition, too—we’re all teammates working together.”

Last year, Wynne and his scientific team went to the Grand Canyon-Parashant National Monument in northern Arizona for a cave biodiversity survey, looking for evidence of bats, ringtail cats, rattlesnakes, bear and porcupine. “On the first mile of the two-and-a-half mile hike, we dropped 1000 vertical feet, then humped up 10-foot-high dry waterfalls beds while carrying 100-pound packs,” he says. “I treated it as interval training, hiking 25 to 30 meters, resting and repeating. By the time we reached the canyon rim, it was over 90 degrees.”

Wynne approaches such challenges the same way he does a tough race. Take the 2006 Mount Taylor Winter Quadrathlon, a 42-mile race that summits the highest peak in northwest New Mexico. During the downhill ski portion with 18 miles to go, the urge to quit overwhelmed him. “I was continuously pulling myself out five-foot-high snowdrifts,” he says. “I was soaking wet and my legs were like Jell-O.” But after removing his skis and walking about 10 feet, he thought to himself, “Man, it’s all downhill from here. I can do this.” Wynne clicked back into his skis and finished the race.

During his most intense training months, Wynne logs 75 to 100 miles a week of running and biking, and, when not traveling to exotic locations for work, participates in the Flagstaff Summer Trail Running Series. His favorite local run is the Weatherford Trail, a strenuous 17-miler leading to the Kachina Wilderness that winds through meadows, aspen groves and conifer forests.

When working in the field, Wynne is obsessed. “I spent five weeks caving in Chile last summer and only put on my running shoes twice,” he says. “I worked from the minute I got up in the morning until my head hit the pillow.”

But on the trail and in races, Wynne takes time to small the flowers. “I view a race more as a journey,” he says. “Rather than focusing on the finish line, I focus on where I am right now.”

Find out more about Wynne’s expeditions and adventures on his blog, http://jjudsonwynne.blogspot.com