A true story about cheating death and pushing limits 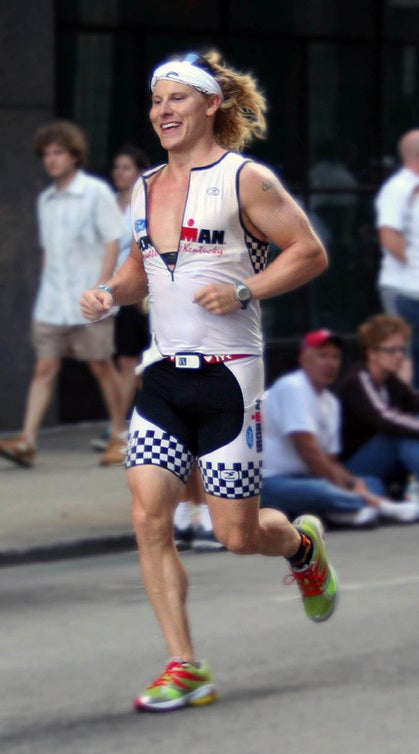 At just 24 years old, Brian Boyle of Welcome, Maryland has become an outstanding endurance athlete. In 2006, six weeks after his first Half-Ironman triathlon, he completed the Ironman World Championship in Hawaii with hardly two months of training. In August 2009, he competed in the Louisville Ironman followed by five marathons in just over five weeks. Then, this past November, two weeks after crossing the finish line of his third Ironman, Florida, he ran his first trail ultramarathon, the JFK 50 Mile, without having completed a single off-road training run. What makes these endurance feats even more incredible, is that on July 6, 2004, Boyle was pronounced clinically dead, eight times.

About a month after his high-school graduation, while driving home from a swim workout, Boyle was involved in a car accident in southern Maryland. A dump truck slammed into the driver’s side of his black Camaro, pushing his heart to the right side of his chest, shattering his pelvis, crushing his ribs and collapsing his lungs. He lost 60 percent of his blood and all recollection of what happened. Boyle spent the next two months in the Intensive Care Unit at Prince George’s Hospital Center in Cheverly, Maryland.

Clinging to life in a chemically induced coma and breathing through a life-support system, Boyle underwent 36 blood transfusions and 14 surgeries, eight alone for his heart—in one procedure, the doctors literally removed it, still beating, from his chest to reposition it. Almost as quickly as one surgery was completed, Boyle underwent another. “It felt like my chest was being crushed. I couldn’t hear, I couldn’t see, but I knew something was terribly wrong,” says Boyle recalling his first memory following the crash. He cannot place this or any of his first memories in a particular order as he laid unconscious for nearly the entire first month he was in the ICU.

He describes the experience as “surreal,” saying, “I was in and out enough to know where I was, but I couldn’t always discern dreams from reality. I could hear people and see people, but I had no way to communicate.” When Boyle’s parents came to visit, they talked to him but he was unable to respond.

He could only listen as nurses and doctors discussed his bleak future–the possibility that he might never speak again, that he would probably never walk again, that he would need around-the-clock care for the rest of his life. The former 5’11”, 230-pound state-champion swimmer had become a frail and motionless 130 pounds.

After Boyle regained consciousness, it took weeks, and unwavering determination, just to blink. Slowly, however, he regained more movements: puckered lips, a smile, a lift of his hand to blow a kiss to his mother.

For Boyle, smiling was the first step toward recovery. “But, for everyone else,” he says, “my first few words sealed the deal … It was like I had officially declared I was back. My mind was intact.”

In September 2004, Boyle was released and returned home. He pushed for independence and recovery. Remarkably, by December, Boyle was walking around a 400-meter track. As the weeks went by, his walk became a jog. And by the fall of 2005, he was able to begin college and joined the swim team at St. Mary’s College in St. Mary’s City, Maryland.

Two years later, Boyle decided he wanted to attempt an Ironman, something he had dreamed of before his accident. His family was skeptical. His mother, Joanne, says, “After all he’d been through, I didn’t think his heart could handle it.” But Boyle crossed the finish line of the Ironman World Championships. “So, I set bigger goals,” he says, “If I could do that, why not try ultrarunning?”

According to friends, Boyle has an all-or-nothing attitude. “I have to reign him in a lot and explain he doesn’t have to race every weekend,” says Ashley Halsey III, a USAT (USA Triathlon) coach who started training Boyle last year. “But he’s an exuberant athlete. He has the survivor mentality and that carries him on. He also has a very good sense of himself and what really matters in life.”

When Boyle stood on the starting line of the JFK 50 Mile this past November, he had never run farther than 26.2 miles on roads, but he finished, in 9:50, 10 minutes under his goal time and was immediately infected with the trail-ultra bug. “Next July, I’m running a trail 100-miler,” he says. “I express myself through adventure, and my races show everyone what their time and energy and prayers have done for me.”

Ray Jackson of Hagerstown, Maryland, who has been running ultras for eight years, met Boyle at mile 22 of the JFK 50, while pacing a friend. Jackson noticed Boyle was really struggling, and went back and ran with him from miles 38 to 50. “I’ve run enough ultras to know that in the later miles, you can fall apart,” says Jackson. “Brian was having a hard time, but he was smiling, positive and happy. He didn’t complain once.”

Boyle is a strong cyclist and swimmer, and admits that running is his weakest skill. Jackson isn’t so sure. He says, “Once he gets in some more trail training, Brian is going to be a really good runner.” Jackson plans to convince Boyle to run some sections of the Appalachian Trail in preparation for his 100-miler this summer and return to the JFK 50 in November.

After spending so much time recovering indoors, trail running brings Boyle a huge sense of freedom. “I used to dream about getting out of my hospital bed and going outside,” he says. “To breath in fresh air is a gift, and now, I get to explore anytime, day or night.”

To read a first-hand account of Boyle’s tragic accident and remarkable recovery, read his book, Iron Heart: The True Story of How I Came Back from the Dead.