Shooting on the run has advantages

Obsessions have a curious way of taking over. Take electricity: One day Ben Franklin flies a kite in an electrical storm and … 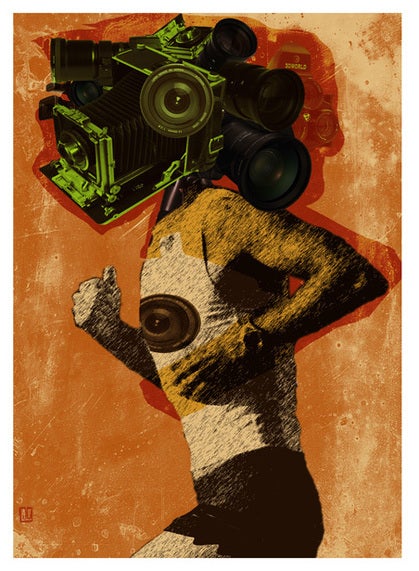 Obsessions have a curious way of taking over. Take electricity: One day Ben Franklin flies a kite in an electrical storm and discovers that if your kite gets hit by lightning, they eventually make you Postmaster. The next thing you know, Luigi Galvani is running electrical currents through dismembered frogs’ legs, jump-starting them despite the fact they are no longer attached to living frogs. Pretty soon Thomas Edison opens up an electric company to serve customers in their frog-leg jump-starting needs, which leads to the charges for the electricity I used last month to power the digital camera I carry every day on my runs, and which makes me a better runner.

I first discovered electricity as a kid when I shuffled my feet across our shag carpet on a dry winter day, and snuck up behind my older brother to touch his earlobe. Talk about shock and awe! It was great for tweaking the big bully, and had all the jolt effect of a starter’s pistol. I ran like hell, though the event eventually led to my brother rolling me up in the downstairs throw rug with only my head sticking out, whereupon he covered my mouth and nose “to see how long you can last without air.”

Now that I carry a digital camera, however, I can capture photographic evidence of anyone who tries to roll me up in a carpet, cut off my breathing or otherwise try to do me in. I live out in the country where the rednecks and their house pets roam. I’ve been hounded well over 50 times (I stopped counting after that) by everything from Chihuahuas to Great Danes to rednecks in pickup trucks. Some critters out there just don’t seem to like runners.

My digital camera has proven to be more effective than pepper spray in stopping most offenders. Its been my experience that most bad dogs will not try to draw blood until the third encounter. This gives you two opportunities to take their picture before all bets are off. (If you encounter a pack of bad dogs, expect to be bleeding soon.)

Nothing says “a lawsuit I can’t win” like a 10-megapixel, electronically generated photograph or video of a dog (or a redneck) trying to put the bite on your butt. Granted, you might not get the photo of the animal actually biting you since focusing becomes difficult while trying to protect vital organs.

But when an owner has almost convinced even you that his or her dog has never been in the street or threatened anyone, there is a certain satisfaction in the moment you present pictures of it doing just that.

Every trail runner I’ve ever met has some kind of story about the bear, the lion, the bobcat, the elk, the deer, the fox, the bighorn, the eagle, the scenery, the sunset, the couple having sex or some amazing encounter that occurred on a trail run. Since I started carrying my camera, I’ve gotten pictures of all of those, and much more.

Last but certainly not least, I’ve carried my Canon during almost every race I’ve run for the past year. We trail runners race in some pretty amazing places, and I treasure some of the shots I’ve gotten out there even in the heat of a race. Though most of my downhill shots are a blur, it’s quite easy to get good pictures on uphill switchbacks without even stopping.

It’s also kind of fun to wait at the finish line and take the picture of the guys who finish right behind you. Though I often capture an expression of pain almost as if I just shocked their earlobes, they’re still some of my favorites.

I just never encourage anyone who finishes ahead of me to carry a camera.