Few runners know better than Justin Grunewald how life can twist and turn in unexpected ways.

Like many of us, the 34-year-old native Minneapolis and doctor of internal medicine had plenty of race goals heading into 2020. But unlike most of us, he started the year with a heavy heart and a much different path in life than a year earlier.

Last June, Grunewald lost the love of his life and became a widow when his wife, Gabriele, died at the age of 32 after a long battle with a rare form of cancer. “Gabe” Grunewald was an elite track athlete who battled adenoid cystic carcinoma on and off for 10 years, winning a U.S. national title in the indoor 3,000 meters in 2014 and later finishing ninth at the world championships that year, but also having several tumors removed and enduring chemotherapy treatments while she continued to train during the final years of her life.

Last June, Grunewald lost the love of his life and became a widow when his wife, Gabriele, died at the age of 32 after a long battle with a rare form of cancer. “Gabe” Grunewald was an elite track athlete who battled adenoid cystic carcinoma on and off for 10 years …

Gabe’s inspiring courage captured the attention of the running community, but so did Justin’s enduring love and support for her. Together they founded the “Brave Like Gabe” organization to fund research and bring awareness to the fight against rare cancers.

After an understandably emotional 2019, Justin Grunewald adjusted his running focus to the trails this year and has been on a tear as of late, setting 14 Fastest Known Times since February—including six since mid-June. The slogan “Brave Like Gabe” remains a motivating mantra close to the heart of thousands of runners, especially Justin. He’s continued to post loving memories of Gabe on his social-media outlets.

“You don’t ever move on. A piece of your heart is lost forever,” he said in an Instagram post on July 15. “You have the happiest and saddest memories that will never go away. You collapse at the sound of a song. But you realize you have to keep moving. Not moving on, but moving forward. If you don’t, you’ll miss out on so much future happiness and possibility.”

As of late, Grunewald has been splitting time between Minneapolis, where he works for several weeks at a time and then has several weeks off, and Golden, Colorado, but he’s also been on the road and running new trails wherever he can find them.

“I was Gabrielle’s training partner on the track for a long time and I wouldn’t trade that for anything,” he says. “But it’s been nice to be able to get on trails and explore some new places to run fast. The main reasons I love going after FKTs is that I’ve been on the road and I just look up a trail I’ve never seen and go run it hard.”

Like many of us, Justin Grunewald had plenty of race goals heading into 2020. In January, he drove his new adventure van from Minnesota to Texas to run the Bandera 100K, hoping to earn a Golden Ticket entry into the Western States 100. He ran well for most of the race, but he rolled an ankle at the 70K mark and wound up eighth overall.

He left his van to be retrofitted in Waco, Texas, by Chip and Joanna Gaines, the stars of the former “Fixer Upper” TV series, the Magnolia line of fashion and design goods and their forthcoming Magnolia TV network. 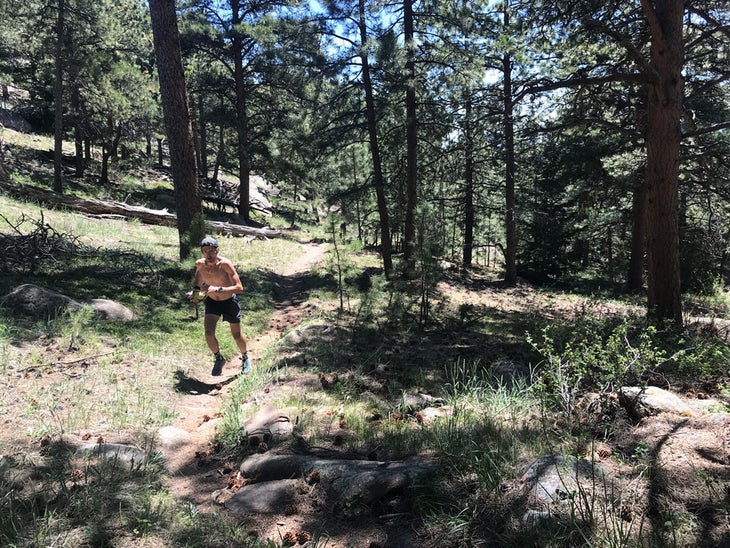 After escaping for three weeks to Patagonia with his brother, he returned for another stint of work before heading to Lake Sonoma, California, in early March for a training trip in preparation for the Lake Sonoma 50 and another hope for a Golden Ticket the following month. Upon arriving, he ran the Way Too Cool 50K in a blistering 3:21:16 while finishing runner-up, just three minutes behind winner Darren Thomas. A week later, the coronavirus pandemic shut the country down, the April 11 Lake Sonoma race was canceled and soon most other races were too.

From there, Grunewald used his fitness to focus on FKTs. Before leaving California, he set a new mark for the Sea to Sky Trail and then returned home to set two in Minnesota and one in Wisconsin. After that, he started splitting time in Colorado and set six new FKTs there in May and June, ranging from the popular 11-mile Lumpy Ridge Loop inside Rocky Mountain National Park to the obscure but ridiculously hard Lickskillet Road Mile west of Boulder.

On a subsequent road trip, he set new FKTs on the Crater Rim Trail in Oregon and the Wind Caves Loop in Utah. He finally went back to Texas to pick up his decked-out van recently and started plotting more FKTs.

There have been several FKT attempts that haven’t gone as planned. He failed on the 27-mile Pawnee-Buchanan Loop northwest of Boulder when he suffered from projectile vomiting brought on by acute altitude sickness. He also ran a very fast effort on the Boulder Skyline Traverse, only to find out that Johnny Luna-Lima had already lowered it to 3:09:01 but hadn’t yet submitted his information. Then he went after it again, but took a wrong turn. In the meantime, Luna-Lima ripped off an amazing 2:46:22 effort.

“The FKT scene has been crazy this summer,” Grunewald said. “… There are no easy days in FKT-ing. Sometimes you think there are some easier ones, but you’ve always got to go hard because every trail is different and you never know what to expect once you get out there.”

“The FKT scene has been crazy this summer,” Grunewald said. “It’s been super fun. It’s been fun to help lower the bar. Once they get faster, it pushes everyone to get faster. There are no easy days in FKT-ing. Sometimes you think there are some easier ones, but you’ve always got to go hard because every trail is different and you never know what to expect once you get out there.”

Grunewald said his favorite FKT experience was the first one he set on the Kalalau Trail on the Hawaiian island of Kauai. He was there to help his coach, Amanada Basham, try to set the new women’s supported FKT and pre-ran the course several times before assisting her on her way to her 4:47:30 FKT.

However, he suffered from heat exhaustion, bad cramps and vomiting while supporting Basham and bonked badly. Without fresh water, he resorted to throwing his handheld water bottle into a tree to knock oranges to the ground and hobbled back to the trailhead, several hours after Basham finished. 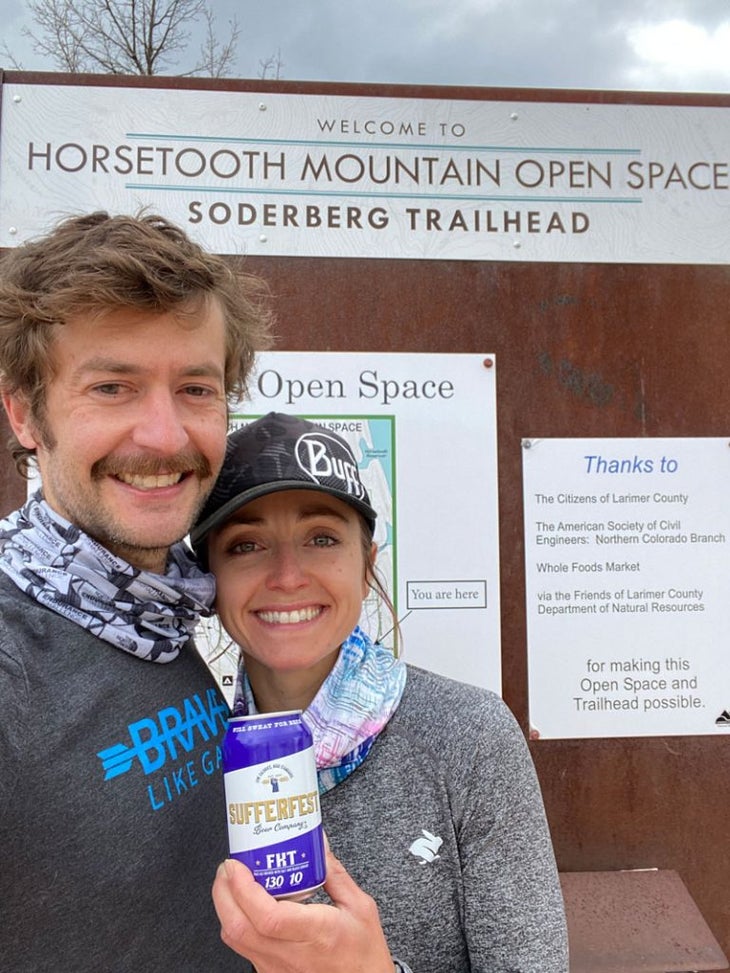 But Grunewald recovered and a few days later ran the 20-mile out-and-back route on his own in 3:43:58, taking 14 minutes off Ryan Atkins’ previous unsupported FKT.

“When I ran it on my own, it was one of those perfect days that you get on a race day and everything just clicks and I felt great,” he said. “That trail is hard, but it’s sheer beauty. When I ran my FKT, I even saw a whale, so even the sights were beautiful that day.”

Grunewald is signed up for the Run Rabbit Run 100 on Sept. 19 in Steamboat Springs, Colorado, but he is considering an FKT attempt on a longer trail, too.

Jack Kuenzle Is Coming for Your FKTs