Races are about more than medals. But it’s a bonus if the medals are cool. 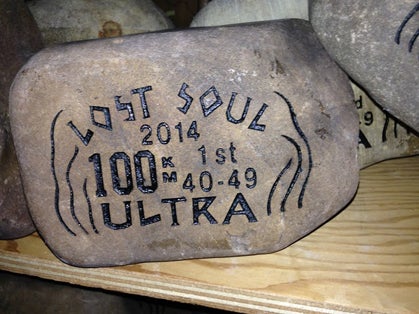 As trail runners, we would collectively like to think that we are in the race for a lot more than a finisher’s medal or t-shirt, or for the right to parade a white oval sticker on our car.

But still, when we put out a good effort, some of us like to be rewarded. Moreover, when a race has exceptionally unique swag or prizes for its runners, those prizes can become mementos of an already-memorable day.

So here is an ode to a few noteworthy races, whose organizers go the extra mile to make their finishers’ swag special.

What other races would you nominate? Let us know in the comments below. 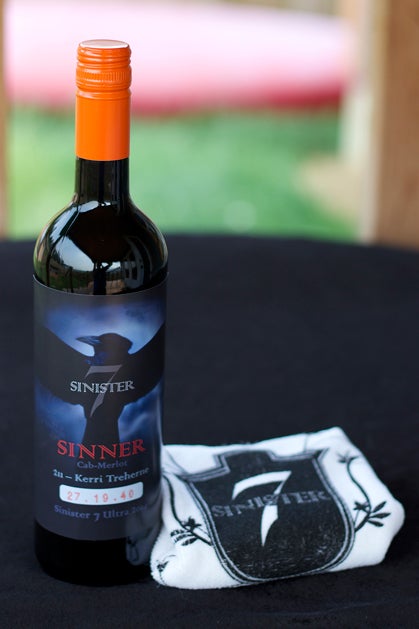 The directors of this 100-mile race through Alberta’s Rocky Mountains offer a lot of prizes for finishers, but the most unique is the customized bottle of cab-merlot, complete with name, bib number and finishing time.

“The runners love it,” says race director Brian Gallant. “The ones who are still seeing straight, anyway.”

Race organizers obtain the special bottles, which can be relabeled, from one of their sponsors, A&B Liquors in Snowcrest Pass. A few weeks prior to the race, they order labels with each runner’s name and number, then keep them at the finish line. “When the runner comes in we grab their label, verify their official time in the system, then use a changeable stamp to make it official,” says Gallant. “We label it right there and…[present] it to the runner, who is usually sitting down or on their way to the medical tent.”

Runners also receive a microfiber towel to commemorate their not “throwing in the towel.”

“Most runners never open the wine and just keep it as a trophy,” Gallant says. “Some, though, have sent us photos of them cracking it open on special occasions.” He points out that 2013 champion Sean Meissner promptly drank his wine on a post-race camping trip. 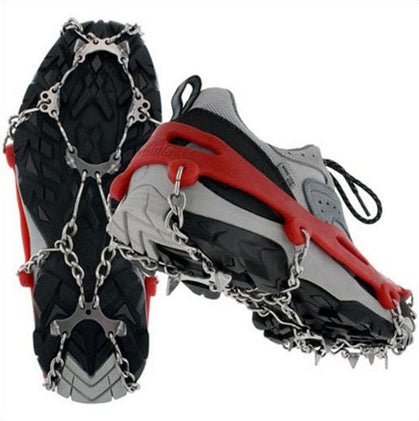 This early-February 8K and 4K in Clarkston, Michigan, is almost guaranteed to be snowy. So the race directors offer prizes that are purely functional.

The iconic red-rubbered microspikes from Kahtoola are a favorite among winter-bound trail runners, offering traction on snow and ice beyond basic rubber lugs or sheet-metal screws.

Ironically, those runners who prove they least need the extra traction are the most likely to win a pair, as they are given out to top finishers as part of a deep prize pool, according to co-race director Chad Lambert.

It helps that the races are sponsored by Kahtoola, the spikes’ manufacturer. “We’ve done a lot of programs to help grow their market penetration in the Midwest,” says Lambert. “For title sponsorship of these events they provide some prizes. They are a great piece of gear and a great prize.” 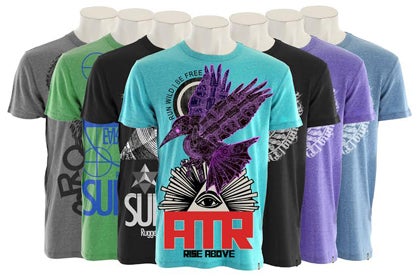 There was a time, not so long ago, when cotton race T-shirts were standard fare. Tech tees were novel, and useful, and hugely popular when they were introduced and given out at seemingly every race out there.

Then our closets got full of tech tees. And those tech tees smelled.

“People have a lot of tech shirts … and people were out of cool running and race-related cotton tees for just kicking around in,” says John Storkamp, founder and director of Rocksteady Running, which puts on several trail and ultra races in Minnesota.

So in 2014 Storkamp went retro and started using a cotton blend for his race T-shirts. They are highlighted by his own elaborate designs, which combine hand-drawn elements and digital editing. “I came up skateboarding and running, and the aesthetic from skateboarding has carried over into my shirt designs,” he says. “People seem to like them.”

Storkamp plans to launch a running-related clothing line online through Rocksteady, LLC, soon. “If nothing else, I will end up with a bunch of cool stuff to wear,” he says. 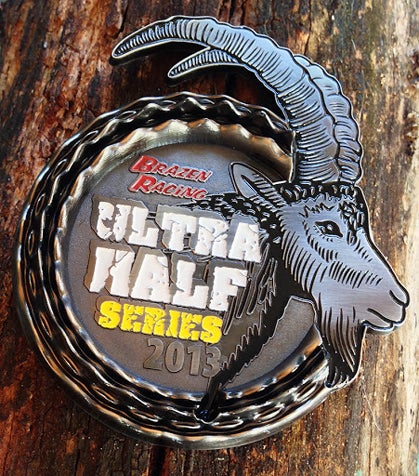 Wait a minute, you say. Doesn’t every race have finisher’s medals?

Yes, but none of them seem to have quite the thought, care and attention that goes into each and every one of Brazen Racing’s races, or for quite as many races and runners. Like Rocksteady, Brazen puts on several  events in California, and race organizer Sam Fiandaca designs each of them.

“[I] try to make them as unique as possible,” says Fiandaca. “Even though we call them medals, I think of them more as souvenirs for runners to remember good times they had at the race.”

For some races, including the Double Dipsea and Brazen’s marathon, ultras and ultra series, Fiandaca designs individualized coasters (pictured)—all the more impressive considering there are an average of over 1000 participants in each of Brazen’s 26 races.

A Lost Soul rock from the modern era. Courtesy of Dean Johnson

Rocks might not sound exciting. Charlie Brown wasn’t exuberant to get a rock in his trick-or-treat bag at every house he visited, after all.

But watch this video to see why the hand-selected rocks, individually-blasted with each runner’s time for this 100-mile, 100K and 50K race in Alberta, are so special:

(If you didn’t watch, the reason is that serious work into selecting and personalizing each and every rock.)

Ron Bain, who opened the running store Runner’s Soul in Lethbridge, Alberta, already made a habit of sandblasting art into rocks, and when the Lost Soul Ultra began in 2000, he pitched in by creating a personalized mini-boulder, which weigh between 20 and 40 pounds apiece, for each finisher. Since the race in 2012 grew from 220 participants to 270 (and 320 in 2013), 2012 was the last year each racer would receive such a labor-intensive prize; however, Bain still crafts rocks for the top three finishers in each age category, which were expanded at the same time to include “under 40,” “40-49” and “50-plus “ (age categories had previously been simply “under 50” and “over 50”).

Though it is now a “race for the rocks,” says co-race director Dean Johnson, all finishers will still receive 12-inch granite tiles personally etched with the help of nearby Decolaze, Inc. “It is fitting that these will look like graveyard headstones,” says Johnson.