Get your trail-running film fix with Trails in Motion 3, whlch has events scheduled in the U.S. and Canada as well as internationally 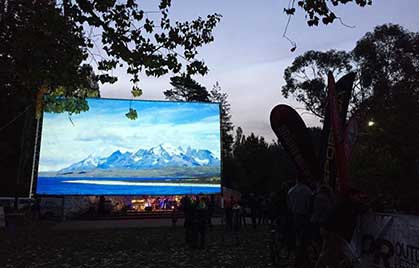 The Trails In Motion 3 Film Tour, supported by Trail Runner, has screenings scheduled in several North American locations in the coming months:

Trails in Motion 3 aims to bring visually stunning trail-running films by top outdoor filmmakers to the sport’s enthusiasts. This year’s lineup includes “Finding Traction,” chronicling Nikki Kimball’s FKT attempt on Vermont’s Long Trail; “Around Patagonia,” which follows Jason Schlarb and Jeremy Wolf as they run among the dramatic peaks of Chile and Peru; “From The Trails,” an exploration of one runner’s love for Japan’s lush Shin-Etsu region; and much, much more.

The Optimist’s Guide to Climate Change