The duo shaved over 10 hours off the old speed record, climbing and descending all of Idaho’s 12,000-foot peaks in 28 hours 18 minutes 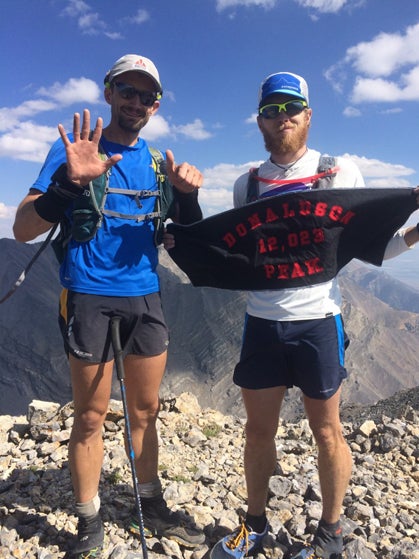 Campbell, left, and Nelson atop Donaldson Peak, the sixth of nine summits in the Idaho 12ers. Photo courtesy of Luke Nelson

Another day, another fastest-known time (FKT).

Sunday morning at 4:18 a.m., Luke Nelson, 33, of Pocatello, Idaho, and Jared Campbell, 34, of Salt Lake City, Utah, reached the trailhead below Idaho’s Diamond Peak to complete their traverse of the Idaho 12ers. They had set out at midnight Friday, 28 hours 18 minutes before, at the trailhead below Hyndman Peak.

“The 12ers” consist of all nine 12,000-plus foot peaks spread across three different mountain ranges in the state of Idaho. The state’s highest peak is Mount Borah, at 12,668 feet.

There is no set route up each mountain for an official speed attempt, and Nelson and Campbell performed route finding across technical terrain for much of the attempt, according to Nelson’s account on his blog. According to the Idaho 12er website, all nine peaks are “challenging class 3 routes.”

The 12ers route is also unusual among FKTs, as it does not necessarily consist of a single traverse (though some traverses are possible between peaks via ridgeline), but rather allows runners and their crew to drive to each trailhead between summits.