In a time of three days, seven hours and 39 minutes, Pantilat claims newest Fastest Known Time in his home state 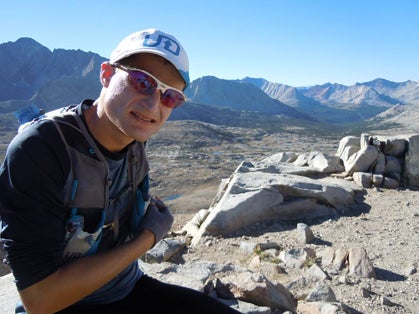 Leor Pantilat, 30, of San Carlos, California, is the new owner of the supported speed record on his home state’s John Muir Trail (JMT).

The JMT runs roughly 223 miles through the Sierra Nevada Mountains and is known for its high-altitude, highly-exposed terrain. The standard FKT route runs northbound from Whitney Portal to Yosemite.

The past two years have marked a busy time for FKT-seekers on the JMT; in addition to Koerner and Wolfe’s record last summer, Jenn Shelton and Krissy Moehl attempted a supported FKT in July. Shelton finished in four days and nine hours, the second-fastest female supported time on the trail, after Sue Johnston’s 2009 supported FKT of three days, 20 hours.

Brett Maune set the unsupported – meaning he had no access to a crew or other aid – FKT of three days, 14 hours and 13 minutes in 2009.