In the era of the FKT, Nolan’s 14 has become an increasingly popular target 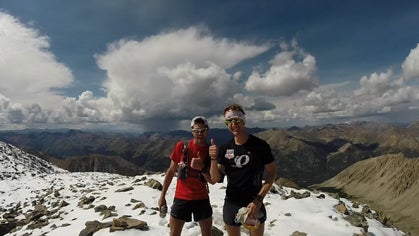 It seems fastest-known times (FKTs), where runners attempt speed records on massive trail and mountain routes in lieu of organized racing, have never been more popular. And few routes have drawn as much attention in the past few weeks than Nolan’s 14, an unofficial traverse of 14 14,000-foot-plus peaks in Colorado’s Sawatch Range.

Nolan’s 14 is not an established route but requires that runners summit the 14 “14ers”, anchored by Mount Massive and Mount Shavano. Various routes have been estimated to range from 88 to over 100 miles, with over 44,000 feet of climbing, according to Matt Mahoney’s website devoted to Nolan’s.

Few routes are more challenging, yet Nolan’s saw its number of finishers rise nearly two-thirds this year, and saw two of its three fastest completions since the route was first completed in 2001. Of 15 known attempts in 2014, four people completed the route, of which three were under the 60-hour mark widely considered the deadline for an “official” finish.

There had previously only been eight known completions. 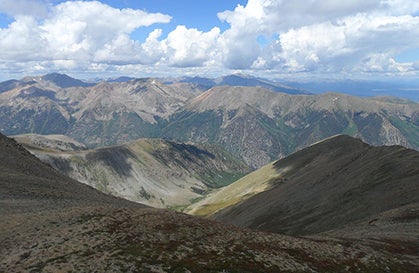 The fastest two in 2014 were from a dual effort over Labor Day weekend by Coloradans Gavin McKenzie and Brandon Stapanowich. They traveled southbound from the Fish Hatchery trailhead leading up Mount Massive and reached the final summit (Mount Shavano) in 54 hours and 48 minutes and the final trailhead (Blank Cabin) in 56:21. Their entries are tied with each other for second-fastest time ever on the route.

The FKT on Nolan’s 14 was set by John Robinson in 2002, who reached the final summit in 52:42 and the final trailhead in 54:57. Unlike McKenzie and Stapanowich, Robinson completed the route running north, starting at Blank Cabin leading to Mount Shavano and finishing at the Fish Hatchery beneath Mount Massive.

One more runner, David Ruttum, completed the Nolan’s route from south to north the same weekend, reaching the final summit in 60:37 and the final trailhead at Fish Hatchery in 63 hours–not quite under the 60-hour cutoff, which applies to the time at which runners reach the 14th summit–but nevertheless impressive given the rarity of completion of the entire route.

All 15 known attempts this summer were in the late-August window during which weather allows the high-alpine climbing required to complete 14 separate 14,000-foot summits.